Home Gender Violence…Does does it have to do with me?

Gender Violence…Does does it have to do with me?

Gender Violence…Does it have to do with me? 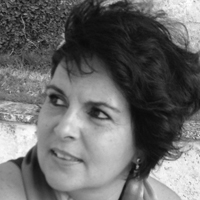 It has to do with all people, human groups and institutions that share their existence in concrete socio-historical and cultural spaces. It could be thought that it is a question of women, or rather of “some women”. Some people believe that it is not a problem in Cuba, it is not so serious, or it is simply a fad that seeks to change our language by forcing people to talk about “the” and “the”. by using inclusive words such as “it” instead of using “he” when referring to both men and women.

Let’s go in parts and start with its origins. Before having sons and daughters, people usually make up images about what the process would be like. Even if you do not think carefully or plan, in our heads, ideas and sensations are activated about what the child will be like, what name it will be given, how it will be dressed, what qualities it will have, what its occupation will be, what its relationship as a couple will be like and even the children it will have in turn.

A human being is built over the years. It’s a process in which not only the mother and father participate, but the rest of the family members with their diverse beliefs. In addition, the neighborhood, the school, friends, the religious group, workspaces, membership organizations, social media and many others play a role. In all that framework, the teachings and learnings, as a tendency, are marked by differences depending on whether the newly arrived child is considered a man or a woman

It is common to frame education or socialization according to pre-conceived beliefs that we transmit from generation to generation. The process starts at an early age and is reinforced throughout life. At pre-school age we teach children’s songs that forbid a girl to play because she has to do the laundry or iron the clothes on different days of the week «Monday before lunch, a girl wanted to play, but she could not play because she had to do the laundry…».

Likewise, in the song about the playful she-ant: “… she did nothing but play and her mom told her to come and help her clean …”. She is given the care of her sick mother, who only stops doing domestic work when she has to stay in bed due to incurable health problems. Girls are often given brooms and mops, cooking toys, ironing boards, princess dresses and make-up sets. Boys are given trucks, machines, pistols, baseball bats, swords, etc. As they grow up, each learns skills, trades and different professions for male and female, as well as ways of thinking, feeling and behaving.

FROM DIFFERENCES TO VIOLENCE

Society as a whole is transmitting these beliefs and stimulating a prevailing single acceptable way of being a man or woman. Women are supposed to be beautiful, delicate, obedient, passive, conciliatory, docile, weak, sacrificed, motherly, dedicated to domestic work and the care of sick and elderly people, given more to the private world of the family. Men are supposed to be strong, independent, competitive, virile, active, dominant, powerful, providers of family income, intrepid and daring, given more to the public. This pattern includes heterosexuality for both. As people move away from these sexist patterns, they are more likely to be rejected, discriminated against and violated. The type of society in which the dominance of the masculine and the subordination of the feminine is promoted is called patriarchy.

If these were just differences, it would not be so impressive. The issue becomes more complex when a deeper analysis leads us to understand that these differences become inequalities with negative effects for both. They become straitjackets that imprison the liberties and rights of people, based on false gender beliefs, on asymmetries of power between the feminine and the masculine that determine everyday life.

So-called gender violence lies in acting (or not acting), deliberately, based on inequalities and asymmetries of power. These are anchored in what is considered valid for the feminine and masculine from a patriarchal perspective and which causes physical, psychological, sexual, and economic damage.

Victims of gender violence can be found among people of any age, school level, social class, territory, income level or skin color. None of these variables excludes people from being victims or perpetrators of violence. Of course, when there are unfavorable living conditions, situations of violence and their solutions become more complex.

It is important to say that violence intersects. A person can be violated on the basis of gender and at the same time because someone is black, follows a certain religion, has a disability, poor [material] resources and/or lives in a specific region. The possible combinations demand the attention of each dimension.

Some of the costs of assuming the prevalent or hegemonic sexist masculinity include: difficulties in expressing painful emotions and feelings; pressure to maintain control over the partner, and violent handling of conflicts; non-responsible paternity and deprivation of the enjoyment of this role; problems with self-care such as resistance to exams for prostate cancer screening, or silencing health issues such as sexual dysfunctions; having simultaneous partners, promiscuity, risky sexual practices and permanent seduction; suicide and alcoholism when the role of provider cannot be fulfilled; obligation to have children; restraint of sexual orientation and gender identity; accidents.

While there are negative costs of the male pattern for men in patriarchy, the punishment for women who deviate from the norm established by this system has been widespread in the history of humanity and still is today. Gender violence against women is the most extensive and serious of gender inequalities. Among the consequences of this form of violence for women we can mention: personality problems such as insecurity, low self-esteem, little perspective for the future; depression, anguish, fear, sleeping and eating disorders; physical and psychological injuries; effects on health due to continued domestic overload throughout life; isolation from social spaces (family, school, friendships); limitations on autonomy due to prohibitions on their insertion and promotion in working life; sexually transmitted diseases and unwanted pregnancies; sequels of sexual violations; suicide and death.

The balance of damages transcends personal stories. The implications reach a high economic cost for people and for a country that needs to optimize resources to ensure sustainable development. The other side of the effects is social. As long as gender violence exists, it constitutes in itself a benchmark for the education of all generations. This means that if attention is not paid, if this is not taken care of, if this is not stopped, sexist patterns will continue being reproduced with social behaviors and fantasies that “justify” this type of violence against women as something “normal” that has always existed.

CUBAN CONTEXT AND THE COMPASS IN THE WALK

Thanks to social policies implemented decades ago, Cuba has very favorable indicators in gender equality. There are no identified forms of violence in the country that still exist in other regions of the planet. For example, ablation (amputation) of the clitoris [aka genital mutilation], sexual enslavement and torture of women as spoils of war in armed conflicts, or mass killings of women with impunity. However, there are forms of violence against women in our context, as shown by social research, health institutions, instances of the Cuban judicial system and the Houses of Counseling for Women and the Family (COMF) of the Federation of Cuban Women among others.

There is sexual, physical, economic and psychological violence. The latter, is always the most frequent because it is linked to the previous ones and can appear alone, is invisible or neglected. Some believe it does not leave traces when, in reality, it is necessary to “train” the eyes to identify it with its consequences. Some of its forms are shouting, silence as punishment and condemnation, prohibitions, impositions, disqualifications, threats, emotional blackmail, etc. Gender violence and especially that perpetrated against women constitutes a social, health and rights issue.

If situations of violence are experienced, the first recommendation is to ask for help. The problem is not private even if it occurs in the family or another social space. People can contact the COMFs that exist in each municipality, the doctor’s offices and polyclinics, Mental Health Community Centers, the National Revolutionary Police stations and the Attention Offices of the Attorney General’s Office.

Gender violence requires attention and prevention. The solutions need a look at the system, the analysis of its causes and the participation not only of different professionals, sectors and institutions, but also of state coordination and monitoring. This system is under construction so that it can yield real and sustainable results. It is essential that the whole society be involved. No one is left out. And yes, it has to do with me and with you, with men and women who want a just society without victims of gender violence.

* Psychologist at the Oscar Arnulfo Center