Our greatest threat is not pandemic, but “pandemonium”. Among the meanings that appear in the Grande Dicionário Houaiss of Portuguese is the following: pandemonium is an “association of people to practice evil or to promote disorder and confusion” 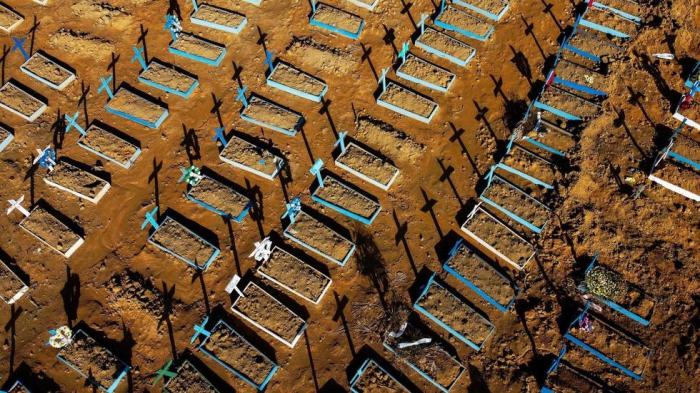 The Brazilian news program prioritizes the advance of the pandemic and the ineffectiveness of the federal, state and municipal governments. Allegations of corruption, such as the purchase of overcharged respirators and misappropriation of public funds, follow one another. What each of us fears most, even those who for reasons of survival are forced to disregard confinement, is contracting the virus in a lethal way.

Is it true that our greatest threat of genocide is COVID-19?

I don’t think so. Our greatest threat is not pandemic, but “pandemonium”. Among the meanings that appear in the Grande Dicionário Houaiss of Portuguese is the following: pandemonium is an “association of people to practice evil or promote disorder and confusion”.

The main evil that threatens the Brazilian nation today is the government of Bolsonaro, who suffers from thanatomania, an obsession with death. A person suffering from phallic obsession embodied in weapons, who defends torture and exalts torturers and paramilitaries, certainly does not feel the slightest concern for the growing number of victims of the pandemic, whether 60 000 or 600 000, because she is psychologically blocked from warning the other. He only manages to see himself and the extent of himself, as his children.

It is the syndrome of depersonalization, a disorder that leads to insensitivity and makes feelings just work in the head, that is, one reasons about them without managing to experience them.

A person who likes to shoot so much and brags about his good aim doesn’t have to care about a wave of lethality, as long as he doesn’t get it. Since he cannot follow through on his manifest desire to “kill 30,000”, as he has said, he is pleased to see the number of dead multiplied daily by the COVID-19.

His only concern is that the pandemic will seriously affect the economy and, consequently, his chances of re-election, which psychologically can be understood as perpetuation. He acts as if he were invulnerable. He escaped an alleged stabbing attack, so it will not be a “crack” that will bring him down. That is why he does not respect confinement or social isolation, goes out on the streets without a mask, does not avoid crowds and does not care about personal detachment.

It is this sense of impunity and immunity that must have crossed Nero’s mind when he saw Rome devoured by fire. Hugging his lyre, he was convinced that the fire would not reach his palace.

More serious than the virus is this government negligence. Because, in addition to thousands of deaths from the pandemic, it produces victims of the economy: the 13 million unemployed and the 120 million Brazilians, of the 150 million over 16 years of age who earn less than two minimum wages a month. That’s not counting those who will be affected by the recession caused by COVID-19.

The “pandemonium” virus spreads the specter of symbolic death, by giving free rein to police violence and the arms trade; undermining culture and respect for human rights; weakening education; and encouraging deforestation and the invasion of indigenous lands.

This “pandemonium” virus, which lives in the Alvorada Palace and has been carrying out its lethal work since the Planalto, is the most serious threat to democracy and the Brazilian nation.

2 years ago GranmaCovid-19, Frei Betto0
It's Not the Economy, It's the VirusFrom the "Monkey Trial" to Our Times