Jean Daniel, Founder of Le Nouvel Observateur and One of the Most Influential Journalists of the 20th Century, Has Died 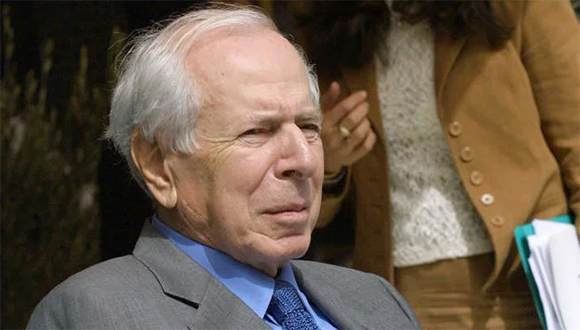 Daniel was active during the last few years. Photo: AFP.

Jean Daniel, founder of the weekly Le Nouvel Observateur, a legendary journalist who lived some of the most transcendental events of the second half of the 20th century, died at the age of 99, the French publication reported Thursday.

Born in Blida (Algeria) in 1920, Daniel was one of the most influential intellectuals on the left in France and is especially remembered for his proximity to figures such as the writer Albert Camus. In 2004 he received the Prince of Asturias Award for Communication and Humanities.

Daniel gained international prestige thanks to an interview he conducted with John F. Kennedy, whose assassination he soon learned about live alongside Cuban leader Fidel Castro in November 1963.

During the Second World War had joined the resistance against the Nazi occupation. He fought alongside General Leclerc in the liberation of France and at the end of the conflict he studied philosophy at the Sorbonne University in Paris.

In 1947 he founded a cultural magazine, Caliban, with the support of Camus, and directed it until 1951.

In 1954 he started working for the weekly newspaper L’Express, covered the Algerian war and declared himself in favor of negotiating with the independence fighters of the National Liberation Front (FLN).

With the notoriety gained from his cross-relationship with Kennedy and Fidel Castro, Jean Daniel teamed up with businessman Claude Perdriel in the 1964 purchase of France Observateur (recently renamed L’Obs), which they turned into Le Nouvel Observateur, which became the leading weekly newspaper of the French left.

He remained as director until 2008 and continued as an editorialist practically until the end.

2 years ago CubaDebate, TranslationsFrance, journalism0
Sanders vs. Bloomberg in Las VegasStruggle Against Price-Gouging in Cienfuegos