A MATTER OF LAW 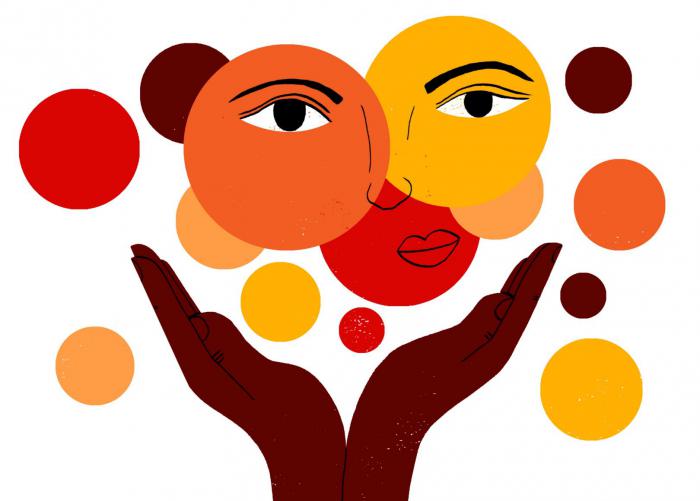 Myths about family violence are as old as each of its manifestations. And they are absolutely false.

That only physical assaults are expressions of violence, and that nothing else occurs in low-income households in marginal places, are some of the most common beliefs.

The reality, however, confirms daily, with sufficient eloquence, that violence can also be psychological, economic, patrimonial and can occur in all types of families, regardless of their economic or cultural level.

“She (or he) asked for it”, “jealousy is a manifestation of love”, “what happens in the family, good or bad, stays in the family”, “the letter with blood enters”, are also phrases that swell the bulky list of myths that, in the opinion of specialists, make the victim responsible, harm her perception of the abuse and neutralize her reaction and denunciation.

For Dr. Yamila González Ferrer, Vice President of the National Union of Jurists of Cuba (UNJC) and of the Cuban Society of Civil and Family Law, “the Cuban Constitution gives the highest rank to the prevention and attention to violence in the family space”.

Both in this area (Art. 85), adds the also titular professor of the Faculty of Law of the University of Havana, and in what refers to gender violence (Art. 43) and against children and adolescents (Art. 84 and 86), the 2019 Magna Carta is located in a remarkable place on a planetary scale in the constitutional approach to this issue.

The Law on Laws, specifically in Article 85, states that: “family violence, in any of its manifestations, is considered destructive of the persons involved, of families and of society, and is sanctioned by law”.

Such projection, González Ferrer considers, is comprehensive of the three scopes in which the violence in the familiar space affects negatively, and that cannot be lost sight of: the individual, the familiar one and the social one. In that same sense, the precept opens its protective fan to all the manifestations in which it can appear.

Nevertheless, the expert clarifies, “except in cases where its scope requires treatment in criminal proceedings, family violence does not usually generate any palpable legal consequence in Cuba today.

“Hence the need to promote the improvement of legal mechanisms and public policies, so that there is no impunity and the highest protection is provided to the victims”.

According to González Ferrer, it is necessary to elaborate new legal provisions and to modify or perfect other existing ones, not only in substantive family matters, but also in contractual, succession, procedural and criminal matters, so that it is possible to develop the constitutional postulates.

The new Family Code, therefore, is one of the norms that should be born tempered to the precepts of the Magna Carta as to the treatment of family violence, as well as to the protection against any of its manifestations.

THE ROOTS OF PAIN

Yamila González, who also coordinates the UNJC’s Gender Justice Project, insists on defining what family violence is, and what its causes and types are, because one must always know the phenomenon in order to face it and avoid it.

According to the professor, violence in family contexts is part of the network of violence that exists in society. It is, in turn, a universal phenomenon, with its concrete historical characteristics and the peculiarities of each family group; it is a social problem that has different causes and dimensions and encompasses all types of existing families.

The very patriarchal structure of the family, recognizes González Ferrer, “makes it one of the most violent social institutions, since it develops asymmetrical power relations through gender and generation, which are the guarantors of the legitimization and reproduction of the patriarchy as a system of domination”.

Based on its interdependence with the environment, “family violence must be understood as a process. It is not casual or established overnight, but has a painful path of formation, which is established in the family climate through an endless cycle of very harmful behaviors for human beings.”

In the opinion of the Vice President of the UNJC, violence is a cultural problem, not entirely legal, so it must act on the social, educational, cultural resources that make it possible, without disregarding the use of law as and when appropriate.

In conceptual terms, she emphasizes, “family or intra-family violence is that which occurs within the family. It refers to any form of abuse that occurs among its members, and implies an imbalance of power that is exercised from the strongest to the weakest”.

The expressions of family violence are the physical, psychic, moral, sexual, economic or patrimonial abuse, either by action or omission, direct or indirect, in which aggressors and victims maintain or have maintained couple relationships, as well as the one that takes place between relatives. The same treatment must be given to acts of this nature committed between people in cohabiting relationships.

In the words of the expert, there are three significant ways in which family violence is expressed, since in the patriarchal, hierarchical family, power is exercised along two fundamental lines: gender and generation.

It is a very particular type of violence, based on a patriarchal culture, rooted in the inequality of power between men and women. It is based on sexist stereotypes, which generate prejudice and lead to expressions of discrimination based on sex, gender, sexual orientation or gender identity.

It can be physical, psychological, sexual, moral, symbolic, economic, or patrimonial, and has a negative impact on the enjoyment of rights, freedoms, and the integral well-being of people.

It occurs in family, work, school, political, cultural, and any other environment in society. Its most generalized, frequent and significant expression is that which occurs against women.

Nevertheless, gender violence against men exists, such as homophobia, for example, when they are attacked for having transgressed gender norms from the canons of hegemonic masculinity; or the mocking and questioning that those who assume co-responsibility for domestic tasks and the care of their children may receive and are then criticized by their relatives, co-workers, or friends.

VIOLENCE AGAINST THE ELDERLY AND THOSE WITH DISABILITIES

It is one that manifests itself against people because of aging, given the decrease in their physical and intellectual capacities, economic and social participation.

Its most common expressions are physical and emotional abandonment, hygienic, medical and food neglect, underestimation, financial and patrimonial manipulation, physical and verbal abuse.

VIOLENCE AGAINST CHILDREN AND ADOLESCENTS

This is what happens with respect to children and adolescents because of their condition as developing persons. Even if it is not directly about them, it is considered direct violence because it affects the adequate development of their personality and the feeling of security and trust in those around them, with transcendence to their social life.

On this sensitive subject, some think that, in situations of violence within the family, if it is not about the person of the son or daughter, there is no significant level of affectation, when the damage derived from living in violent environments is severe for the integral development of their personality and with very negative consequences towards the future.

Whatever the nature of the conflicts, Gonzalez Ferrer says, “their solution should not be managed in a violent way but through communication and negotiation. There is an urgent need for education and a culture of peace, of respect for human rights, based on the need to learn to live and relate in harmony.

1 year ago GranmaCuban Society, violence, violence against women0
The Antigen of Cuban VaccinesLeni Riefenstahl and a final adjustment