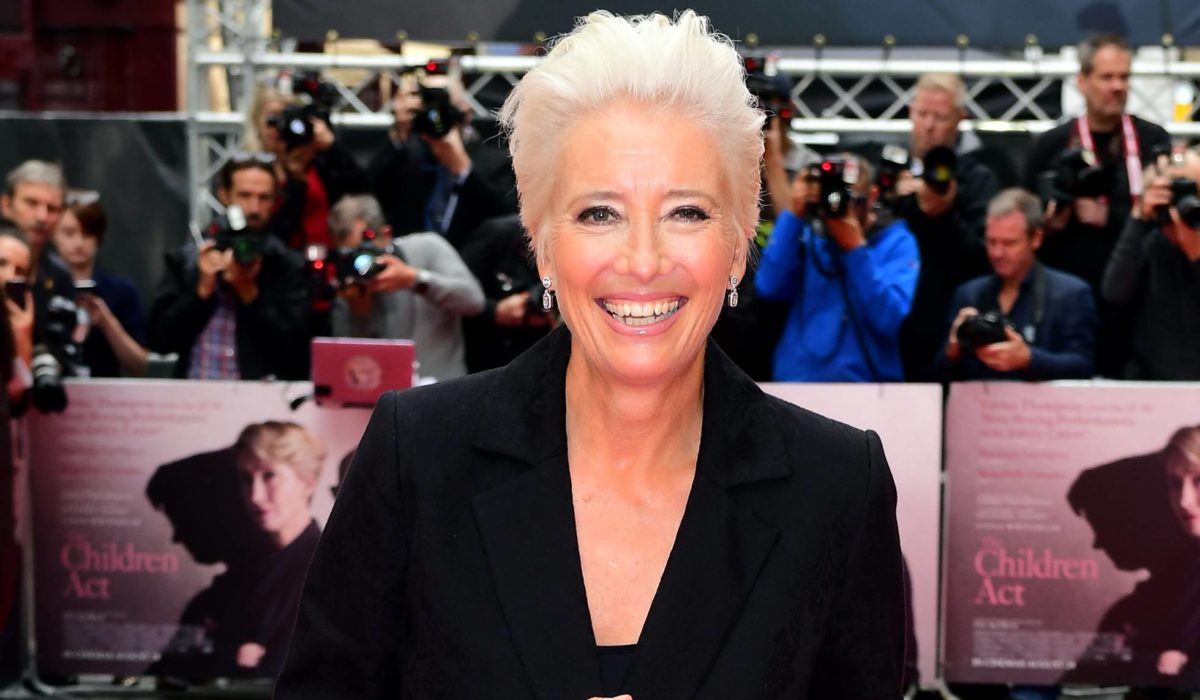 Emma Thompson, during the premiere of ‘The Verdict’ last August GTRESONLINE

Emma Thompson is good at everything she does. She rose to fame as an actress, a passion that earned her an Oscar with Howards End (1992). She also has an Oscar as a writer, adapting Jane Austen’s Sense and Sensibility (1995) to the screen. And as an activist she never shuts up. She fights for equality and transparency in wages in the industry of which she is a part. Moreover, she personally takes on the causes she believes in, as demonstrated by the adoption of Tindyebwa Agaba, formerly a child soldier from Rwanda.

The proximity of the 60’s does not stop this Londoner, a declared atheist and Greenpeace advocate. She went in slippers to her appointment as a lady and whose last job, a Christmas advertisement to which she has given her voice, has been banned from Icelandic television. The spot tells the story of a little orangutan named Rang-tan who walks into a girl’s bedroom after escaping the destruction of the forest by palm oil traders. Thompson, married to fellow actor Greg Wise and mother of a daughter, Gaia, is now releasing The Verdict, a film based on the novel by Ian McEwan in which she plays a British High Court judge who has to make important decisions about her life and that of a child.

QUESTION. As much as you are judged as an actress, are you also judgmental?

ANSWER. Only when you sit in the place of the judges in a courtroom, up there, do you realize how easy it is to judge from that position. How easy it is to feel above everyone. 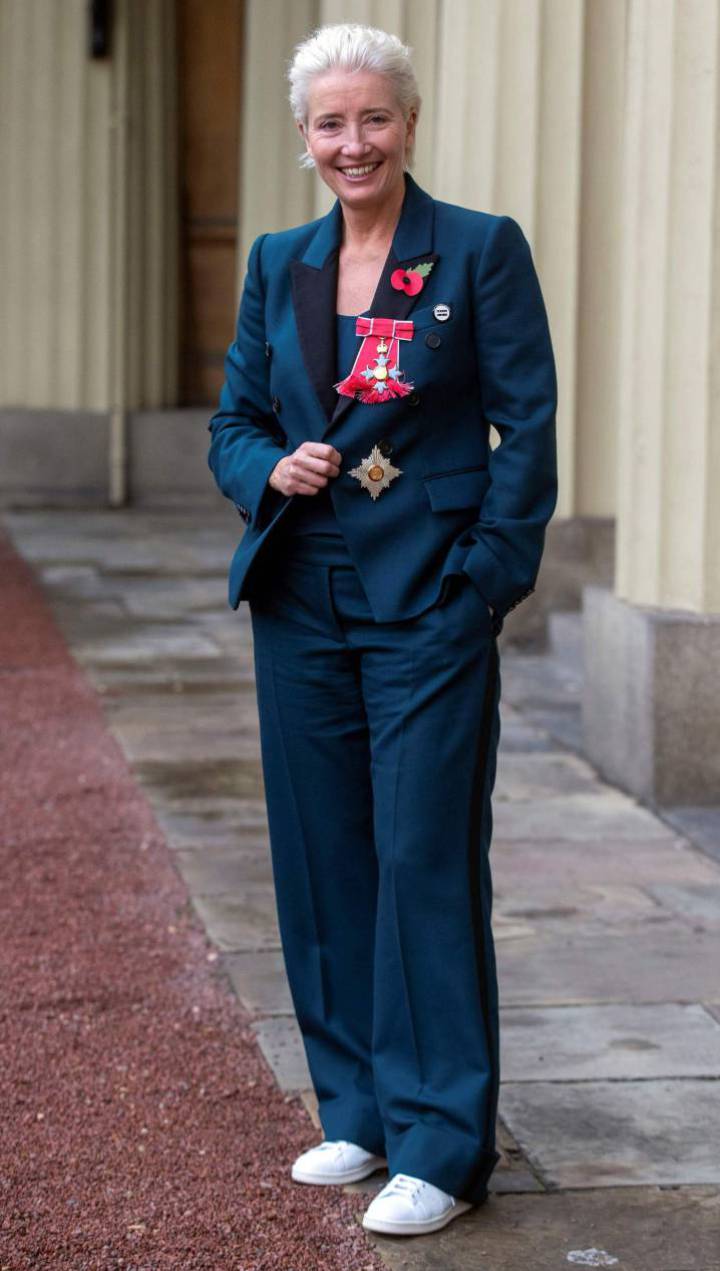 Emma Thompson, on her appointment as Lady of the British Empire, November 8. AFP

Q. And as a star, is it also easy to feel above everyone?

A. I guess it’s easy and I make those mistakes too. But my family takes care of taking me down a peg. When you enjoy a position like mine, it’s good to go shopping for milk once in a while. And I do. I’m sure I’m a bit of a brat or a spoiled brat sometimes. But at home I do the cooking, the shopping, and I’ve cleaned a few bathrooms. I try to keep my feet on the ground, but of course I’m very spoiled because I have a personal assistant without whom it would be impossible for me to do what I do.

Q. This year alone you have collaborated in a television series (Upstart Crow), in a television film (King Lear), you have done several voice works and you have two premieres, Johnny English Strikes Again and now The Verdict. What do you do when you have a couple of hours free?

A. I sleep (laughs). I’d say I go to the movies, but there are no movies that last two hours anymore. I’m not much of a TV watcher either even though I saw The Crown in one sitting. If I have two hours, I read. I like historical novels like Philippa Gregory’s or the work of that great feminist writer Rebecca Solnit.

Q Her defense of equality, of feminism, predates the #MeToo movement. Have things improved in any way? 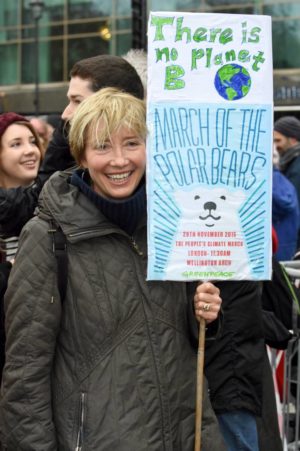 Emma Thompson, during the climate change march in London, UK, in 2015. G3ONLINE

A. They change and don’t change. Above all, I am a feminist who believes in women’s rights and equality. And it is impossible for me to feel sympathy or faith in any institution that systematically oppresses women. That is why I am an atheist. Because religion has a long history of oppressing women.

Q. One of your latest works has been an announcement for Greenpeace that has reignited the controversy. This is not your first collaboration with the environmental organization.

A. I have a very close relationship with Greenpeace. I have travelled with them twice to the Arctic and next year we will work together again. They are a very effective organization partly because of their political stance, because they don’t mind breaking the law and using civil disobedience if it brings attention to the problems that we are facing. We are as hooked on non-renewable energy as we are on tobacco. And the easiest and quickest solution to many of our problems is a boycott.

Q. The UK is going through a difficult time with the implementation of Brexit. How is it going in the final stretch?

A: The world must think we have lost our minds. The results plunged me into grief because I was born 14 years after the end of World War II. I still remember the feeling of loss in London, in a Europe traumatized by both wars. The idea of breaking up the union makes me sad. But you have to realize that many people are disenchanted with the system. Those who feel ignored by our government or by the union of European countries. So what is born now has to be a new union, a better one. I prefer to think that this is a good time for something new to be born. I take comfort in that thought.