An unacknowledged or reluctantly-admitted defeat, and a forced commitment to a peaceful transition of power, are still far from the final closure on the chaos 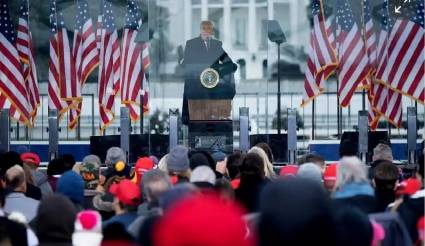 The United States has experienced a very bitter drink of the acíbar [aloe juice] or purgative that has made other nations of the world drink more than once with names of seasons or colors. As an unusual fact for the idyllic image with which the American democracy has sold itself and deceived the planet throughout three centuries, we have witnessed an insurrection of the most extreme and violent ultra-right, determined to maintain the political power of he who is its image and likeness.