France introduced fairly strict rules in mid-December to curb the spread of the coronavirus, including a curfew from 8:00 p.m. to 6:00 a.m., as it has been one of the European countries most affected by the pandemic, reporting more than 2,600,000 cases of COVID-19 and at least 64,892 deaths 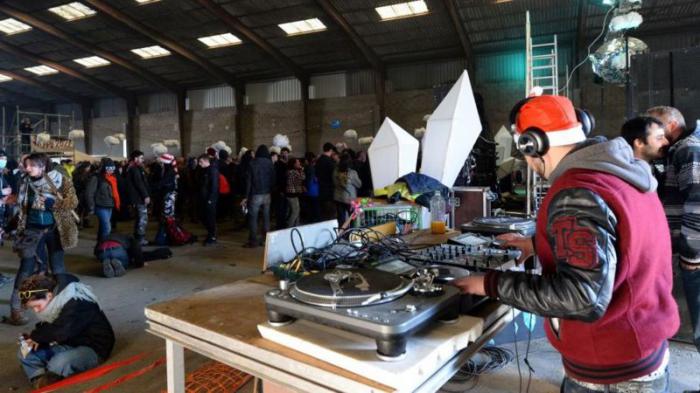 The French police intervened in an illegal New Year’s Eve party held at an industrial warehouse in Lieuron, northwest of the country, where about 2500 people broke the health restrictions imposed by the coronavirus, reports the BBC news portal Mundo.

Some of those attending the massive celebration came from Spain and the United Kingdom.

At least three police officers were injured. A statement from local authorities details that the police faced “fierce hostility from many in attendance.

The organizers of the event were identified, and participants were fined as they left the site.

More than 1,200 fines were issued for failing to observe curfew, not wearing a mask and attending an illegal meeting, Interior Minister Gérald Darmanin said on a tweet.

He reported that the police seized trucks, sound equipment and power generators at the scene, and that they were investigating the events.

The authorities reported that they had opened a cordon sanitaire around the party and urged all those who attended the event to remain isolated for seven days.

One of the participants, who identified herself as Jo, told AFP that “very few had respected social distancing” during the time of the event.

Another interviewee said that the party was “very well organized” and that there were even food stands inside.

The Ministry of the Interior organized an emergency meeting and later all the party’s vehicle exits were blocked while the police tried to control the situation.

FRANCE INTRODUCED A CURFEW FROM MID-DECEMBER

France introduced fairly strict rules in mid-December to curb the advance of the coronavirus, including a curfew from 8:00 p.m. to 6:00 a.m.

More than 100,000 police officers were deployed throughout the country to enforce the curfew and break up the holiday season.

The French police are ordered to end the underground parties as soon as they receive a complaint, and are also tasked with fining participants and identifying the organizers.

France has been one of the European countries most affected by the pandemic, registering more than 2,600,000 cases of COVID-19 and at least 64,892 deaths.