Home Cuba is Serious and Proactive

Cuba is Serious and Proactive

Cuba’s Work is Serious and Proactive

“The leadership that the FMC has today to exalt women before themselves and society is focused on such purposes as: the conquest of women’s autonomy in all areas, the deconstruction of prejudices and stereotypes, against all forms of discrimination and oppression that restrict their development, their freedom and wound their dignity as human beings. This is a strength to fight and do, in an organized and committed way, for non-violence against women”. 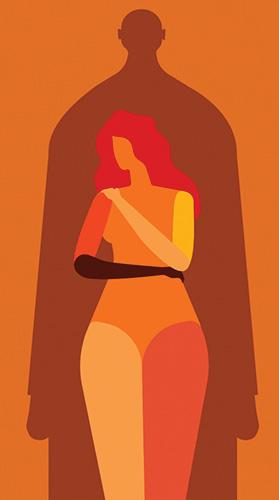 Not even the largest catalogue of possible courtesies is enough to erase the trace of a single deliberate act of gender-based violence against a woman.

Calling such acts abhorrent does not accept a single minute of debate. It is more important to make better use of all the opportunities – highly potential – that we, as an organized country, and with a declared political and governmental will, have to proactively and speedily confront the scourge.

President Díaz-Canel himself has repeated it: “In matters of law and society, they have not given up on the search for points of rupture in national unity, magnifying the possible dissent on sensitive issues such as egalitarian marriage, racism, violence against women, or the mistreatment of animals, to mention a few, in all of which we are working seriously to resolve centuries of debt that only the Revolution in power has faced with unquestionable progress.

There will be no lack of those who, once again, contract with the hackneyed accusation of “politicizing everything”, in order to distract the arguments that explain, clearly and from within, that the country is not sitting idly by on an issue as sensitive as violence against women. But since there are words that have their backing in deeds, Granma tackles the issue with Dr. Mayda Alvarez Suarez, director of the Center for Women’s Studies (CEM).

-How have actions been taken in recent years to reduce violence against women?

-There have been many debates over these years, with the aim of making the existence of violence against women in our country visible and understanding its causes, combating stereotypes and placing the issue in the development of essential policies. Important experiences of orientation, prevention, telephone help lines and protection programs have also been carried out in different territories; but we are far from feeling satisfied because we cannot forget that the phenomenon has deep roots in the patriarchy, in societies characterized for centuries by the existence of unequal, unequal and power-based relationships. It is still there, manifested in thought and relationships in couples, families, workplaces, public places, where it is not always perceived as such, nor confronted and attended to as it should and is necessary.

“Male chauvinist concepts, prejudices, sexist stereotypes persist and are reproduced in our society, anywhere and at any level, and although there have been changes in assessments and ideas about violence, which were found by the National Survey on Gender Equality – conducted in 2016 by CEM, the Federation of Cuban Women (FMC) and the Centre for Population and Development Studies of the National Office of Statistics and Information (ONEI) – we were also able to reveal which ones remain, continue to hinder further progress and are at the root of existing inequalities.

“At present, the vast majority of Cubans do not justify violence against women or men, nor do they blame women for acts of violence (mistreatment or rape) and reject the idea that women should bear it.

“However, in a part of the population there are still criteria that contribute to sustaining and perpetuating violence against women. The most entrenched are: alcohol consumption is the cause, the woman who endures the abuse is because she likes it, most women withdraw the complaint, and consider the violence a private matter. These criteria become justifications for not intervening or denouncing the acts of violence”.

-Are there results that allow us to characterize an effective advance in the reduction of violence against women?

-The First Conference of the Communist Party of Cuba, held in 2012, before the National Survey was carried out, had already declared that there was a confrontation with prejudices and discrimination of all kinds that still persist in the heart of society. In particular, in its objective No. 55, it explicitly states that it will “raise the level of rejection of gender and domestic violence and that which is manifested in the communities.

“Among the main achievements of the current phase, the new Constitution of the Republic stands out, which expands and strengthens the protection of rights, particularly those of women and girls.

“The recognition of the right to a life free of violence (Articles 43, 85 and 86), the commitment to address it, ratifies the importance of prevention and enhances the mandatory responsibility of the State in the implementation of legal standards, public policies and the improvement of protection mechanisms for victims. At present, a process is under way to harmonize the new articles of the Constitution with various legislations that will allow its effective implementation, for example, the modification and updating of the Family Code, which will be brought to a process of popular consultation and referendum. The Criminal Code is also being analysed and amendments are being suggested.

“The Standing Committee on Children’s and Youth Affairs and Women’s Rights of the National Assembly of People’s Power is an important ally in promoting compliance with the Cuban State’s agenda for the advancement of Cuban women and in monitoring its implementation.

“In order to assess the progress made in reducing violence against women, better records are needed of the acts of violence that are detected and dealt with, and of their follow-up and solution. Ongoing statistics are needed to make it possible to compare, over time, the increase or decrease in cases, the prevalence and incidence of violence in a given population, and its frequency and severity, among other indicators.

“There is also a need to carry out periodic surveys on violence against women, which would allow for its systematic evaluation in selected periods and data of international comparability”.

-How much more do you think can be done, under the current conditions, to accelerate the change of such behaviours in the country?

-Above all, it is urgent to perfect ways, procedures, mechanisms, protocols of action in the institutions involved and everything necessary to attend, immediately, with respect and without prejudice, to the victims of violence, and to apply the law rigorously to those who commit these acts.

“Improving the presence of the subject in the laws in force, which are currently in the process of being modified, is also very important. However, my personal opinion is that we would benefit from a specific and comprehensive law on violence against women, which contemplates all the measures and sanctions that already appear in existing laws, and others that need to be enacted.

“Regarding macho conceptions and stereotypes, everything that is done to generate transformations in subjectivity is key: creative communication products, adequately focused from a gender perspective, training courses, community and face-to-face debates, the use of social networks

“Essential is the training in gender and violence to decision makers and lawyers because of the importance of their role in this issue, the insertion in curricula, in the training of educators, communication specialists, among other actors.

“Exchanging experiences with other countries, both to research and to confront and address in practice these facts, adapting them to our context, is also very useful, since violence against women is a global problem.

“On the other hand, the FMC has valued the need to increase the confrontation to the facts of violence in the communities, from our base structures and, for that, to raise the level of training of our leaders and collaborators of the Women and Family Orientation Houses. From the fmc, we have always affirmed that the most important thing is not that there are many or few of them, but that whenever there is a woman who is violated, she is well cared for and her rights are defended.

-What strengths exist to confront this?

-We have the political will of our Party and Government. The confrontation with violence is endorsed in the programmatic documents of the Party and in the Constitution. Instruments such as the Family Code, which was approved in 1975 and is in the process of being modified as I mentioned earlier. There’s also the National Plan of Action to follow up on the agreements of the Fourth World Conference on Women in 1997, contain principles and actions to guarantee gender equality and non-violence.

“The educational and employment opportunities enjoyed by women, as well as access to free and universal health services, including sexual and reproductive health services, have placed Cuban women in a better position to achieve autonomy and independence, which weakens the chances of experiencing situations of dependence and having to endure, for that reason, situations of violence.

“The safety and protection of sons and daughters is also guaranteed. The State provides free education for the offspring, their food and systematic medical care, with no gender differences. Thus, for example, girls show as high percentages of education as boys. There are also institutional support mechanisms for low-income families, especially for single mothers.

“The leadership that the FMC has today to exalt women before itself and before society is focused on such purposes: the conquest of women’s autonomy in all areas, the deconstruction of prejudices and stereotypes, against all forms of discrimination and oppression that restrict their development, their freedom and wound their dignity as human beings. This is a strength for fighting and doing, in an organized and committed way, for non-violence against women”.