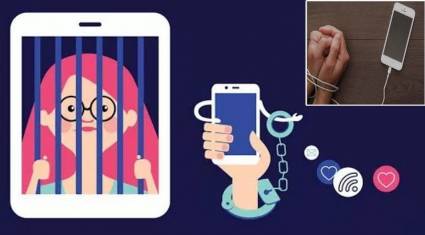 BRUSSELS, February 22. – A group of European physiologists have detected negative changes in the volume and activity of the brains of people diagnosed with cell phone addiction.

The researchers scanned the skulls of 22 addicted patients and observed a decrease in gray matter in two regions of their cerebral cortex and less activity in a third region compared to 26 other healthy people.

The observation of this transformation, similar to that which occurs in drug addicts, offers the first material evidence of the relationship between the overuse of so-called smartphones and the physical deterioration of the human brain.

The conclusions of the study will be included in an article that will appear in the journal Addictive Behaviors next June, reports Russia Today. In addition, it was revealed that blue light from digital device screens can accelerate blindness.

The authors stress that the growing use of smart phones in recent years makes it necessary to raise the issue of the harmful effect of their use on physical and mental health.

They are particularly concerned about the health of children, who are spending more and more time with digital devices from younger and younger ages.

In their study, the scientists comparatively analyzed structural and functional magnetic resonance images and used a morphometry based on a voxel, a three-dimensional matrix that served to model brain processes.

This revealed that, compared to the control group, the addicted individuals had a lower volume of grey substance in the left anterior insula of the brain and in two sections of the temporal cortex.

They also recorded lower intrinsic brain activity in the part of the brain that transmits the neural signals between the two hemispheres, the cortex of the right anterior cingulate.

2 years ago Juventud Rebelde, Translationsaddiction, technology0
And Yet, It MovesThe Sociological View