The event caused a stir in Brazil, as she was a woman respected and admired by Brazilians for being a fervent advocate for social causes. 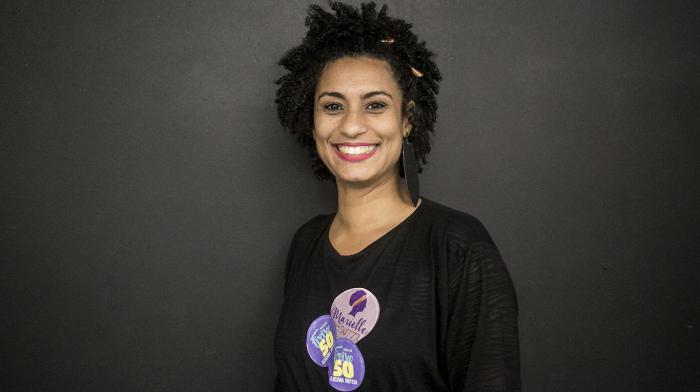 “Another murder of a young person who may enter the Military Police account. Matheus Melo was leaving the church. How many more will it take for this to end?” That was the last message on the social networking site Twitter from Rio de Janeiro city councilor Marielle Franco, who paradoxically became the next victim just 24 hours later.

Criticizing the military intervention ordered a month ago by the de facto president, Michel Temer, the activist had emerged from an act of defense for black women and was riding in a car when the shooting began.

According to the Brazilian daily O Globo, the goal was to reach the councilor, who was shot five times. The driver also died in the accident and only one of the advisors who accompanied her survived.

The event caused a stir in Brazil, as she was a woman respected and admired by Brazilians for being a fervent advocate for social causes. There have been several marches and mobilizations called by political parties and social movements under the slogans “Luto e luta” (Mourning becomes fighting), “Murdering police, they will not silence us” or “Warrior woman who died for the people”. Demonstrations were also held in Argentina.

Marielle Franco was a woman, young, black, a favela woman, but she managed to make all these elements – still discriminatory for many – her driving force in the struggle, and from every possible platform she dedicated herself to raising her voice against racism, machismo and the abuses committed by the police in Rio de Janeiro.

The activist was born and raised in La Maré, one of the most violent slum complexes in Rio. At the age of 18 she became pregnant and dropped out of school, but later she attended night classes. Thanks to a scholarship, she obtained a degree in Sociology from the Catholic University PUC, one of the most prestigious in the country. She also held a Master’s degree in Public Administration from the Federal University of Fluminense.

One of the events that marked her in her youth and that defined her later line of work was the death of her best friend due to a stray bullet in the Maré; this led her to work on the denunciation of violence within the favelas.

In 2006, she became parliamentary assistant to Marcelo Freixo, He was an emblematic deputy who fought terror unfounded by militias in the favelas. Years later, Franco headed the Commission for the Defense of Human Rights and Citizenship of the Legislative Assembly of Rio de Janeiro.

At the time of her death, Franco was a member of the Socialism and Freedom Party (PSOL), and on this political platform she became the fifth most votes for municipal legislator in 2016.

Both the councilor and the PSOL were among the biggest critics of the military intervention ordered by Temer.

In this context, Franco became the rapporteur of a commission set up in the Rio municipal chamber to report on possible abuses committed by the military in this intervention.

She gained respect and admiration for the ideas she promoted: that of a greater presence of women, especially black women, in politics, the defence of human rights and her denunciations of the abuses committed under the pretext of stopping the violence in Rio.

In the palace of the Municipal Chamber, where the activist’s remains were veiled, the steps were covered with flowers and banners.

Many organizations and personalities around the world have called on the Brazilian authorities to explain this brutal act, which they describe as a “political assassination”.

In the midst of the investigation, based on the hypothesis of premeditated murder, it emerged that the ammunition that ended Marielle Franco’s life was part of lots sold to the Federal Police of Brasilia in 2006. This fact that opens another discussion and raises the question: was it the activist murdered by the police?

4 years ago GranmaBlack struggle, violence, Women26
Supporters and Opponents of Peace in KoreaMany demonstrations in the United States