Home Brazil: Birth of a Monster

Brazil: Birth of a Monster

Pagina 12 (Argentina)
Birth of a Monster 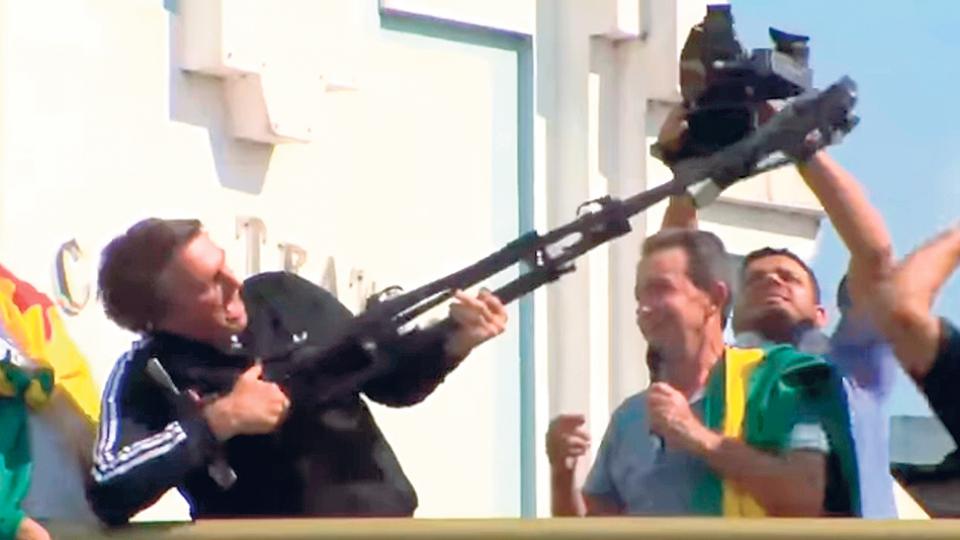 In a smelly tavern in the slums of Munich in the first post-war period, a demobilized corporal of the Austrian imperial army – failed as a painter and portraitist – tried to make a living by betting on local drunks that they could not hit him with their spittle from a distance of three meters. If he dodged them, he won; when he didn’t, he had to pay.

Between attempts, he shouted tremendous anti-Semitic insults, cursed Bolsheviks and Spartacists, and promised to eradicate gypsies, homosexuals, and Jews from the face of the earth. All in the midst of the uncontrolled shouting of the clientele gathered there, passing alcohol, and repeating with mockery their sayings while they threw the remains of beer from their cups and threw coins between insults and laughter.

Years later, Adolf Hitler would become, with the same harangues, the leader “of the most cultured people in Europe”, according to Friedrich Engels more than once. Who in those moments – 1920, 21, 23 – was the reason for the cruel sarcasm among the parishioners of the tavern would resurrect as a kind of demigod for the great masses of his country and the very embodiment of the German national spirit.

Bridging the gap, something similar is happening with Jair Bolsonaro, who comfortably leads the polls in the first round of Brazil’s presidential election. His reactionary, sexist, homophobic, fascist outbursts and his apology of the gloomy Brazilian military dictatorship of 1964 and his tortures provoked widespread repulsion in society.

For that reason, for two years, his voting intention never exceeded 15 or 18 percent. The polls of the last two weeks, however, show a spectacular growth in his candidacy. The most recent one assigns him 39 percent voting intention. We know that today’s public opinion polls have enormous margins of error. There can also be media operations of the Brazilian bourgeoisie willing to install in Brasilia anyone who prevents the “return of petista populism” to power.

But we also know, as a recent note by Marcelo Zero in Brazil states, that the CIA and its local allies have unleashed an overwhelming avalanche of “fake news” and defamatory news about the candidates of the petista alliance that found fertile ground in the favelas and popular neighborhoods of the big cities of that country.

These sectors were lifted out of extreme poverty and empowered by the administration of Lula and Dilma. But they were not educated politically nor was their territorial organization favored. They remained as masses in availability, as the sociologists of the sixties would say.

Those who are organizing and raising awareness are the evangelical churches with whom Bolsonaro has allied himself, promoting a harsh, hyper-critical conservative discourse about the “disorder” caused by the left in Brazil with its policies of social inclusion, gender, respect for diversity, LGBTI and its “soft hand” with delinquency, its obsession for human rights “only for the criminals”.

One of their means of attracting favelados to the cause of the radical right is to send so-called pollsters to ask them if they would like their son José to be renamed and called María, to exacerbate homophobia. The answer is unanimously negative, and indignant. The former captain’s preaching is clearly in tune with that popular conservatism skillfully stimulated by reaction.

In this ideological climate, his scandalous and violent nonsense, such as Hitler’s, decant as reasonable popular common sense and could catapult a monster like Bolsonaro to the Palace of the Planalto. By the way, as an additional fact, it should be remembered that he promised Donald Trump to authorize the installation of a U.S. military base in Alcántara, something the petite governments refused. If it were to succeed, it would be the beginning of a horrible nightmare, not only for Brazil but for all of Latin America.

If you got this far…
It is because you are interested in rigorous information, because you value having another look beyond the daily bombardment of the vast majority of the media. Página/12 has a commitment of more than 30 years with it and counts on you to renew it every day. Defend the other look. Defend your voice.

Join in support of Pagina 12:
https://www.pagina12.com.ar/apps/membresias/

4 years ago TranslationsBrazil, us foreign policy24
US OKs Interfering in Others' ElectionsIsabel Moya's Last Interview