Home Bolivia was the Moncada of Latin America

Bolivia was the Moncada of Latin America

Rumi Perú
Bolivia was the Moncada of Latin America

Translated and edited for CubaNews by Walter Lippmann. 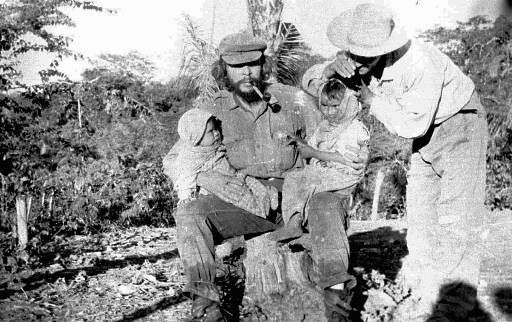 “The initiative of the International Proletarian Army should not die in the face of the first failure,” Che Guevara wrote after his departure from the Congolese guerrillas. He reaffirmed it on the eve of his departure for the Bolivian guerrilla writing: “That a true proletarian internationalism be developed; with international proletarian armies, where the flag under which it fights is the sacred cause of the redemption of humanity. “

“Latin America will be one country”. This was the idea with which Che had come to fight in Bolivia and for which he sacrificed his life, as Guido “Inti” Peredo explained in his messages while working tenaciously to rebuild the National Liberation Army.

Fifty years after Che’s death, Pombo, a legendary Cuban survivor of this guerrilla, insists, with the same force of conviction and the same ardor: “It is the most important of all tasks: to achieve the union of all Latin American peoples,” because union is “the only way in which Latin American peoples can resist the aggression, influence, alienation to which imperialism submits.”

The historic and at the same time revolutionary value of the conversations of Maria del Carmen Garcés with today’s general Harry Villegas Tamayo is enormous. In the abundant literature on Che’s guerrilla, this book stands out for reviving with exceptional fidelity its political program, its deeds, its ideas, its spirit and – its respect! – its incredible morale.

One of the most striking things in this book is precisely the constant presence, in the life and action of the guerrilla, of the morale factor with its two aspects which, in Che’s words, “complement each other” – “a morale as to the ethical sense of the word and another in its heroic sense “- as a fundamental weapon of every true revolutionary movement.

Pombo, from Yara to Ñancahuazú, restores the truth against so many lies and so much petty discourse that they have accumulated distorting, dwarfing and trivializing the history of the Bolivian guerrilla.

“We do not always have to wait for all the conditions for revolution; the insurrectionary foco can create them.” This was another of Che’s fundamental ideas. How much had been said that the fate that the guerrilla ran in Bolivia denied and buried forever!

Harry Villegas and María del Carmen Garcés show that Bolivia had fully confirmed that it was a fair idea. The guerrillas contributed to creating conditions for the revolution by mobilizing and gaining the support of “a revolutionary force like that of the Bolivian miners, the most advanced of the continent.”

It was because of the fear that a miner’s uprising would be combined with the guerrilla action that the army perpetrated the San Juan massacre in the mines. “It was very unfeasible,” explains Pombo, that the single guerrilla group, with its own small force, could “catalyze and take advantage of this revolutionary situation” without counting on “the vanguard role that left parties should play.” But “within their conception of the mass struggle” they “could not play it,” notes Pombo. Che was right to comment at this political juncture: “It’s a pity not to have 100 more men.”

From Bolivia, within the framework of an incredibly bold strategy for the continental revolution, the internationalist guerrilla under his command had to contribute decisively to the development of the revolutionary movements in the Southern Cone and to coordinate or unify all these movements on a Latin American scale. By creating “two, three … many Vietnams” on an even wider plane -the tricontinental- it was possible to give the imperialist superpower an irreversible defeat.

In this strategy, the struggle for Latin America’s “unique, true and inalienable independence”, announced in the Second Declaration of Havana, was combined or interwoven with the socialist revolution, because for Che, there were “no more changes what to do: or socialist revolution or caricature of revolution. “

When Che and his fellow Cubans, Bolivians and Peruvians fought in Bolivia, the great majority of revolutionary movements and left-wing organizations from all Latin American countries met in Havana at the conference of Latin American Solidarity Organization (OLAS).

The Cuban delegation, explaining in its report that the objective was “to elaborate a common strategy to fight against Yankee imperialism and the oligarchies of bourgeois and landowners” and exposing the strategy of the continental revolution, he claimed “the Bolivarian ideology of conceiving Latin America as one and great Fatherland. “ Deepened by José Martí, “today the continental conception of a single Latin American people has been strengthened,” he said.

The Cuban delegation presented at the conference an “evident fact that has not been evaluated in all its dimension: never before has such a large group of people been known, with such a large population and a vast territory, cultures so similar, interests as similar and anti-imperialist purposes identical.

Each of us feels part of our America. We learned this from historical tradition; as our ancestors bequeathed to us, as our heroes taught us! None of these ideas is new to the representatives of the revolutionary organizations of Latin America. But have we sufficiently appreciated what these events represent?

Have we analyzed in depth what it means from as far back as the first years of the nineteenth century, and we had a continental idea of the struggle that was taking place throughout Latin America? Have we analyzed with sufficient clarity the irrefutable fact that Latin America constitutes one and great people? “

In July 1969, weeks before his capture and murder, Inti Peredo, faithful to the “Bolivarian dream and that of Che to politically and economically unite Latin America,” Che declared in his proclamation “We will return to the mountains! : “Our only and final goal is the liberation of Latin America, which is not only our continent, but also our homeland temporarily broken up into twenty republics.”

Pombo, from Yara to Ñancahuazú, collects today and again sends this message of Che, Inti, Coco, Chino, Tania, Moisés, Tuma, Joaquin, Ricardo, Rolando and all the other revolutionary fighters who fell in Bolivia. “To some extent,” says Harry Villegas, “Bolivia was the Moncada of America. Today we are seeing how crops are really being harvested from this blow that shook all of our America. “

Reading, studying, discussing and disseminating this book, in Latin America and in any other region of the world, is to politically, ideologically and morally rearm ourselves.

(Translation from Spanish. Original below)

Years ago we were in contact, we exchanged emails. The contact between us was an initiative of Celia [Hart].

From the very beginning (specifically since the reporting of [NY Times writer Herbert L.] Matthews) I followed the Cuban revolution and was politically formed largely under its influence. In 1967 I won an international contest by Radio Havana Cuba (they rewarded my essay Che’s Message to the Tricontinental) and I was invited to Cuba; It was my first trip. Worked on the guerrilla movements in Latin America, published a book on them in Poland (left in 1978). In the second half of the 1970s I spent four and a half years in Cuba, helping to train translators at the Pablo Lafargue Institute.

I was a leader of the Solidarność trade union (a member of the Lodz Regional Executive, then one of the most important industrial centers in Poland). The establishment of the state of war in December 1981 surprised me in France where I was traveling, so I spent the 1980’s in exile in France.

Then I came back and now I’m living in Poland. Since 1981 I have been a member of the Fourth [International]. Between 2005 and 2013 Militant in the Polish Labor Party (PPP), an almost purely labor party in its composition, created by a combative minority union that comes from a split from Solidarność and is called Free Trade Union “August ’80”. I was secretary for programmatic affairs of this party. The party was not maintained and in the long run and disappeared, while the union remains active.

At various stages of my life I tried to promote some work of solidarity with Cuba, although conditions there were never conducive. In People’s Poland there was no official work of solidarity, beyond a purely bureaucratic facade, and all unofficial political work provoked an intervention by the political police.

During the 1990s. There were very strong anti-Cuban bells here, both in the media and, indeed, in the State. Since the year 2000 I took a whole series of initiatives in this area, there was some development of a solidarity association, I was a member of its leadership, but the association disintegrated little by little. Then I had support from the Polish Labor Party for a job in Cuba, but finally, at the beginning of this decade, all work of solidarity with Cuba, which was already becoming smaller and more marginal, became extinct.

If you translate my text on the book of Maria Garces I will check it, evidently.