Home Bernie Sanders, the Most likely Democrat Bet in America Against Trump

Bernie Sanders, the Most likely Democrat Bet in America Against Trump

Bernie Sanders, the Most likely Democrat in America Against Trump 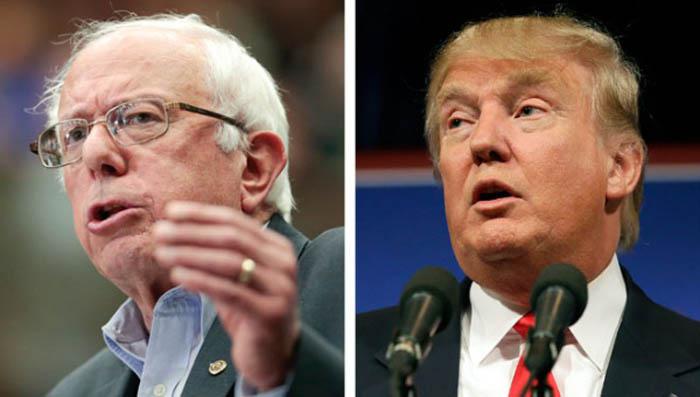 If weeks ago the media highlighted the figure of the former mayor of New York and multimillionaire Michael Bloomberg as an alternative to the “establishment” and moderate Democrats to confront President Donald Trump, today the figure of the senator is making its way as a representative of diversity in the country.

His successes in the early states gave him a clear path to a plurality of committed convention delegates, while his rivals are divided and attempts to reach a contested convention appear to be going in the wrong direction, according to various U.S. media.

As with Donald Trump in 2016, so it is Sanders so far in 2020. The characters are different, but the same dynamic is at play.

The reality facing those in the so-called blue party who do not want the senator from Vermont to run is the division in their ranks. This makes it extremely difficult to stop a candidate if no alternative can be agreed upon, whether it is former vice president Joseph Biden, Bloomberg or another of those still competing.

According to analyses in such influential media as The New York Times and The Hill, the race is young and there is still time for “conservatives who opposed Trump to offer some advice to Democrats who want to nominate someone other than the Vermont socialist,” says the Times.

After the pointer’s passage through the blue ranks, the idea is now underway that figures like fellow challenger Amy Klobuchar, former Mayor Pete Buttigieg and even former Vice President Biden, if he loses in South Carolina, will drop from the race to give possibilities to alternative figures like Bloomberg or Senator Elizabeth Warren.

According to Ross Douthat, author of several books such as “The Decadent Society,” those who are against Sanders are not united, but that could happen if moderate alternatives such as Bloomberg or Biden are considered, since it is difficult to stop a candidate from the Sanders plurality at a contested convention.

The Democrats’ delegate distribution rules make a contested convention more likely, but Sanders is on track to get a clear plurality of delegates by the end of March, and one thing that would be critical is whether he arrives in May with a majority of delegates.

The chances of the new frontrunner gaining more support are real. Some analysts, such as the site www.fivethirtyeight.com, even consider his pace to be overwhelming and he will arrive at the party convention with a large margin in his favor to be the nominee who will face Donald Trump on November 3 for the presidency.

The diversity of the vote in the race will determine what happens on Super Tuesday. That could consolidate Sanders, because on March 3 there are two delegate awards, in California (495) and Texas (261), and there Latinos can have the last word.

In the race to win the nomination in July, contestants are trying to make it to the party convention with the support of 1,991 delegates needed out of the total of 4,750 to be their party’s nominee for the November presidential election.

As things are going, Sanders could get there with that number. The race, however, is still in its infancy and a showdown between Sanders and Biden, or even Bloomberg, for the nomination is not ruled out, although Sanders probably has the advantage.

In Bloomberg’s case, Super Tuesday is still ahead when he will start appearing on the ballot, but after his disastrous performance in last Wednesday’s debate in Nevada, his chances are in doubt.

According to the polls, Sanders leads in both California and Texas. The progressive senator could also take advantage of those advantages in the next few days, after his momentum in the first states where they voted so far.

The reality is that the existence of eight candidates now makes it difficult for any rival to reach the top and challenge Sanders, which is likely to increase the pressure on some under-performing candidates to withdraw.

The truth is that there is panic among opponents and pressure for an alternative to Sanders is on, so eyes are on the Super Tuesday results, when the Democratic competition to challenge Trump will definitely be closed or opened.