“Art helps to blur many barriers” 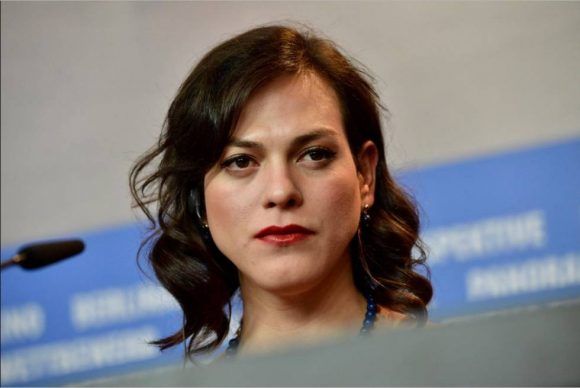 Chilean transsexual actress Daniela Vega has a lot of international awards at home, but she feels she lacks something like a human being and it is not a laurel, but a right.

The star of A Fantastic Woman, winner of this year’s Oscar for Best Foreign Film, would like to be able to stamp her name on her grave in her native country.

If I could, I would not take a jar, or my rings, or my glasses, when I die. I would take my name with me, because my name is what I am, it is what I did and what I wanted to do at the moment when I had to be alive, said the 28-year-old girl who at the age of 14 began her gender transition.

For Daniela, it is a question of dignity, which could be resolved by will.

Why not? Why not? Where is the dignity of the people then? Where is the creation of rights for human dignity? These and other questions make her one of the most valuable activists in the Lesbian, Gay, Bisexual and Transgender (LGBT) community today.

After making history as the first transgender woman to take the role of presenter at an Academy Awards ceremony, Time Magazine chose her in 2018 as one of the 100 most influential personalities in the world.

The performance of Marina Vidal, a trans woman, in Sebastian Lelio’s feature film, gave her a Platinum Award, a Caleuche, and Best Actress awards at the Palm Springs International Film Festival and the Havana International New Latin American Film Festival.

She also presented the Ibero-American Phoenix Film Award and the Best Actress Jury Award at the Lima Film Festival in Peru to the artist and lyrical singer.

Art, in general, helps to blur and soften many barriers, because art is a space for resistance, reflection and communion, she said during a colloquium held at the National Sex Education Center (Cenesex) in Cuba.

She travelled to this Caribbean island to participate once again in the actions of the Day against Homophobia and Transphobia, which takes place every May under the direction of the sexologist Mariela Castro.

According to Vega, in many countries of the Latin American continent, transgender people are destined for smaller tasks, not for political, strategic or community participation.

And I feel like why? is answered with the word fear, because some people are afraid to empower certain people, she said.

The Oscar won by A Fantastic Woman in the United States of course gave her satisfaction, and above all allowed her to raise her voice, but this girl can not stop thinking about others, ishe is not a unique case on the planet, she prefers to defend the opportunity to listen to everyone.

Why are some voices legitimate and others not? This has to do with the legitimacy we give to life, it should not be necessary to win an Oscar to be listened to, it is enough that there is only a will to listen, he said.

When will the States of the world understand that identity is an inalienable right?

In addition, she wondered where the power of States to support the childhood of transgender people lay, for we were not talking about someone who became a horse, a dog or a cat, but a human being, and she claimed it from her own experience, because she was a victim of discrimination in childhood.

Speaking of human beings, it would be nice to understand that human rights are not charged like a credit card, nor as a shopping mall, nor with a luxury car, human rights are taken to the grave, she said.

According to Daniela, giving dignity to people should be the political will of all States and governments, as they have supported the right to vote, among others, because the dignity of the human being is, together with diversity, its greatest wealth.

A Fantastic Woman launched her to stardom but it was not her first film work, as her film debut came in 2014 with The Visit, a film directed by Mauricio López Fernández, which allowed her to travel to various festivals around the world and gave her her first international awards as an actress.

At the end of this year, Vega will appear in a starring role in the film Un domingo de julio en Santiago, by Visnu and Gopal Ibarra, who invited her to perform as a femele lawyer.

She only answers with mystery a question from Prensa Latina about what she would be interested in doing in film:

These days, the artist is writing an autobiographical book, she is not ashamed of being a trans, but proud, and she suffers the obligation to travel with a masculine name on her passport, but she will not stop struggling to be recognized everywhere as who she is, and that is clear to her, simply Daniela Vega.