Home Argentina in the year of the pandemic

Argentina in the year of the pandemic

Argentina in the year of the pandemic

As everywhere else, the arrival of SarsCoV-2 has hindered Peronist management in its return; but this has not hindered a social task that has struggled to impose itself on the economic ballast during its first year in office 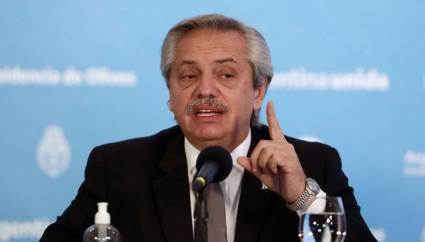 The debates to legalize the voluntary termination of pregnancy close the legislative year and, also, the list of relevant events noted in Argentina during the first 12 months of the Peronistas return. But the events that will most mark the life of the nation are in the economy and in society itself, at the mercy of both, like everything in this world, of the scourge and the confrontation of the pandemic.

The interruption of the pregnancy will be the last vote that the Senate will take on the 29th of this month after its approval in the House of Representatives, which could lead, if it is approved, to the fulfillment of one of the most important campaign promises of the executive that  Alberto Fernandez presides over.

And although the issue is attracting the attention of defenders and detractors, it is discussing spaces in the media with the arrival, in the first two months of 2021, of ten million doses of the vaccine against Covid-19. This was negotiated with Russia through the direct intermediary of President Vladimir Putin to help a country that is accumulating more than 40,000 deaths from Sars-Cov-2, despite the efforts of the government in the care of the disease and the sick.

It could be said that the outbreak of the pandemic in March, barely three months after the arrival of the Front of All to power, has passed through his presidential administration at the beginning, to the point that the Head of State has declared that when history is written he will be remembered as “the president of the pandemic”. 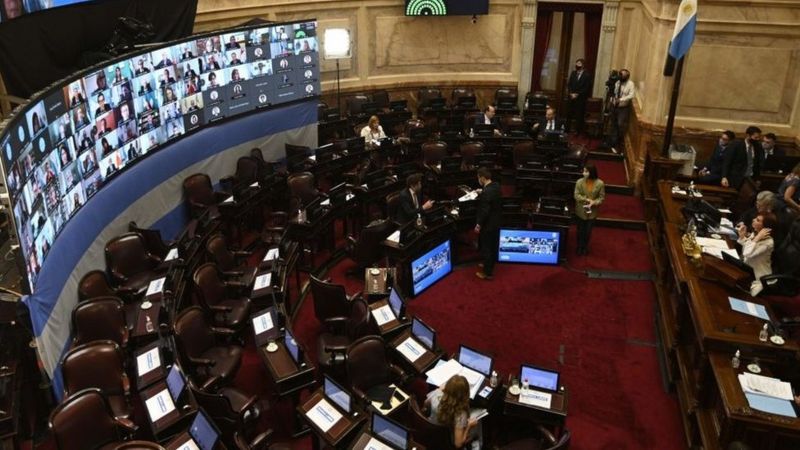 The Argentine Senate also approved the Law of Solidarity and Extraordinary Contribution to Covid-19. Getty Images

Confronting the coronavirus has been much more difficult for a nation that was left, as Argentines often say, “in intensive care” by Mauricio Macri’s terms and was therefore in a worse position to face a crisis that has continued to rage.

In October 2019, still in the middle of Macri’s administration, the official National Institute of Statistics and Census (Indec) reported that poverty had risen to 35.4 percent and destitution to 7.7 percent.

That was the scenario where the restrictions imposed against the risk of contagion were primed, so that at the end of the first half of 2020, Indec reported another slight rise in poverty by five percentage points to 40 percent. Meanwhile, the price of the basic basket rose by 20 percent: nine percent more than the increase in total family income which grew by 11 points, so that families living standards continued to decline .

The substratum was visible in the macro numbers left by Macri. At the end of his two terms, inflation had escalated from 25 to 50 percent annually, the accumulated peso devaluation was 540 percent, reserves had become thinner and, worst of all, the foreign debt was equivalent to 95 percent of the GDP in a country that was not growing.

Argentina was in virtual default.

Faced with this reality, the impact of what was the biggest challenge and now also the biggest success of the new government is not yet visible: the renegotiation of 99 percent of the debt bonds held by private holders, an agreement that saved the country from default and set sail so that, despite everything, the ship would sail again.

The rescheduling of payments – as the young and talented Minister of Economy, Martín Guzmán, is accustomed to say, because only the terms have been distanced but Argentina will pay – was completed in September and, although it may have passed by in the midst of the contingencies unleashed by the Covid-19, it can be considered transcendental. Paying interest on the debt, it was impossible to think of any plan for national revitalization. 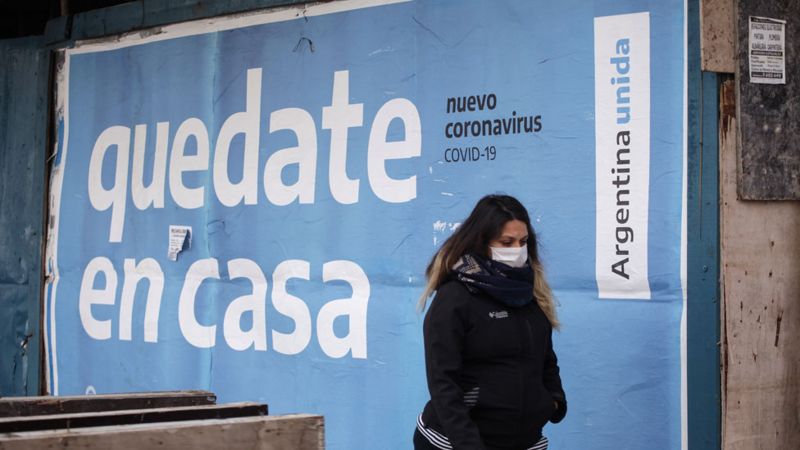 The arrival of the coronavirus added to other problems already facing Argentines. Photo: Getty Images

The payment of $66,137 million dollars of debt under foreign legislation in ten years was restructured with a deduction of around 60 percent, so that only the debts agreed to with the International Monetary Fund itself, relatively “comprehensive” now but responsible for an unpublished disbursement approved by Macri of 57 billion dollars, of which $44 billion were received. Despite its cooperation in the process with the bondholders, the Fund will try to negotiate with the government by imposing prescription books that the Argentine executive does not want to accept.

The successful negotiation with the private sector made it possible for the legislature to approve last month an ambitious and optimistic budget for 2021 that contemplates the forecast of 5.5 percent economic growth after the 12.1 percent collapse of the year that ends,. Inflation is projected to decelerate from 32 percent reported this year, to 29%; and a primary deficit of 4.5 percent, among other aspects.

Martin Guzman, who is responsible for the plan already approved by Congress, has said that this will be one of the elements he would use to negotiate a new program of extended facilities with the IMF. 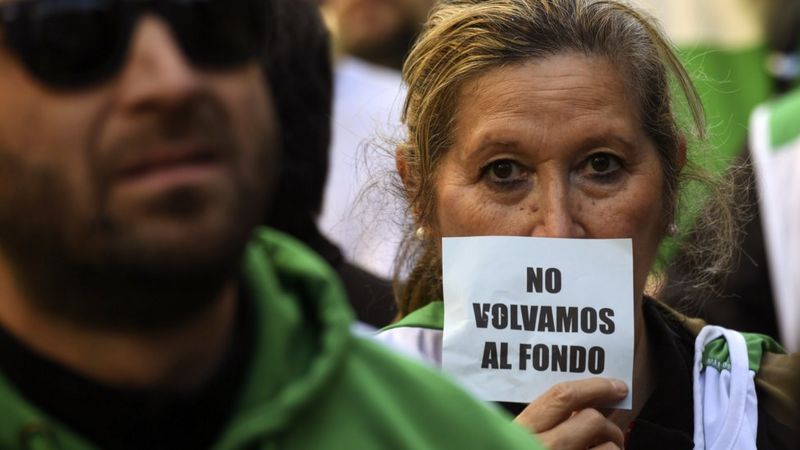 The interventions of the IMF in Argentina have been popular rejected. Photo: AFP

Offering the shoulder to the people

But the benefit that some of this brings is not yet visible today, when the adversity of the economic figures has been lessened by the government with social measures, aimed at making the burden on the people less heavy.

This shouldering of the burden must be responsible for the fact that, in spite of the sorrows, the executive headed by Alberto and former President Cristina Fernández closed the year with popularity ratings that give more than 50 percent support to the president.

A neoliberal ideologue bent on discrediting him would call it “populism”; but such thinking about people is precisely what offers the nuances that differentiate the models from the socio-political point of view.

Among these measures is the Law of Solidarity and Productive Reactivation, which suspended the formula for adjusting pensions and retirement pensions, and promoted their stability. Also, there is the increase of withholding taxes on exports, the freezing of public service rates throughout the year, the creation of the so-called PAIS Tax on purchases with dollars in order to increase savings, and the increase of taxes only on those who receive more income.

In addition, steps were taken to strengthen local production chains in order to make products cheaper, and it was decided to create a food card that will monitor the nutritional quality of families.

Interviewed by the alternative media El Destape, Alberto Fernandez has confessed the rigors of governing a country that received in crisis and then has vilified the coronavirus. But he has also shown that he feels at ease.

During the last three months, income has exceeded inflation by almost three points, he said. Industries such as the automotive industry produced 20 percent more in November than in the same month last year, and reports state that “in the most popular neighborhoods, where people need it most, demand in the dining halls has fallen,” he said.