Home Against the Coronavirus, Count on Cuba

Against the Coronavirus, Count on Cuba

Against the Coronavirus, Count on Cuba 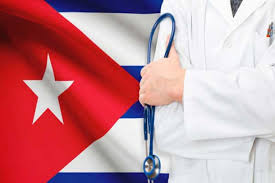 By the way, the Chinese authorities believe they have identified “patient zero.” He is a man who contracted the virus in mid-November 2019. Since then, more than 100 days, after which there are three sick people in Cuba, no dead, and about 150 contacts under medical supervision. why then close the airports?

The other fellow Cuban, asks that “no medical and nursing be sent anywhere…” The thing is, the government doesn’t send them. In any case, it summons trained professionals and in full use of their rights acting voluntarily. Probably, many take on the task not as a task, but as an opportunity. I know comrades, myself among them, who believe it was worthwhile to go Angola where the risks were enormous.

In December 2019, China was surprised by the aggressiveness of COVID-19, but not Europe and the United States. In fact, since the end of December 2019 and early March 2020, had more than 60 days to prepare. The warning was early, although the reaction turned out to be late. The alarm, at times a mixture of impotence and hysteria, is motivated not only by the explosive spread of COVID-19, but also by the ineffectiveness of health systems in responding to situations to guide social and economic activity. societies to observe minimum rules.

Cuba, with more than 100,000 doctors and sufficient nursing staff, more than 3000 hospital beds for that purpose, the means to diagnose and the necessary medicines and a national mobilization led by the president of the republic, manages the threat. It does this without demanding extraordinary sacrifices and costs from the population which they cannot incur.

Cuban solvency stems from having faced two major epidemics: African Swine Fever in 1980 and a sudden outbreak of Dengue Fever that 1981 affected more than 300,000 people, 158 of whom died. To study, participate in events or get cured, they come to the island by the thousands, people from poor countries and tropical climates where there are infectious diseases. Cubans, too, by the hundreds of thousands as happened in Angola, travel and stay in those countries. Rejecting some and preventing others from traveling is not part of Cuba’s national health doctrine.

Cuban solvency can be explained by the fact that for decades, thanks to the existence of an effective health model, based on a system of primary care, an advanced approach to the epidemiological issue [has been in place] It addresses the prevention and treatment of diseases like Dengue, Zika, Cholera, Chikunguya and others. Cuba’s strengths show that it is not always about money. From one day to the next some developed countries can have fifty billion dollars to deal with the pandemic. However, no amount of money will allow you to install national primary care and to have hospital capacities to deal with the COVID-19 crisis. Nor is it possible to inculcate all people, the habit of going to the doctor as the Cubans do, among other reasons, because none of them will leave in debt or broke.

The task of the moment, as the World Health Organization suggests, is to identify, isolate and cure the infected, and control rigorously their contacts. As for the tourists, people presumably healthy, checked in their countries and re-examined when you get to the island, there’s nothing to be afraid of. As it has always been done, those who arrive healthily will be cared for and those who unfortunately get sick, they’ll be cured. See you there.