Home About Solidarity with Cuba

About Solidarity with Cuba

About Solidarity with Cuba, notes of a chronicle 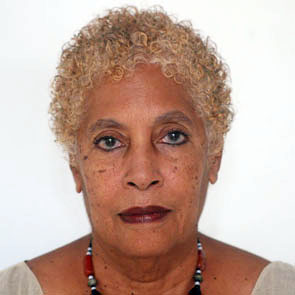 Translated and edited by Walter Lippmann for CubaNews.
Thanks to Rosemari Mealy for bring this to my attention.

Listening these days to President Miguel Díaz Canel’s comments on the duration of the blockade against Cuba, I remembered a meeting held in the city of Oakland, in 1998, during the Dialogue with Cuba Conference organized by the US University of California Berkeley, where a group of Cuban intellectuals and scientists participated and the blockade was one of the topics. It came to my mind then, when I explained the spiritual impact of that aggressive measure against Cuban people rooted to their cultural identity wherever they are in the world.

There I spoke of the cultural impact of the blockade, in the space that transcends beyond the political and economic damage, such as the lack of medicines and medical equipment. I made a reference to the anguish caused by sustained shortages in daily life, where the younger generations have known no other reality than that of shortages, a childhood with minimal limitations for their enjoyment, due to the absence of simple things, such as modern toys, that stimulate their abilities. I also mentioned the uncertainty of housewives at the time of preparing the family diet due to the lack of simple but indispensable products in the diet. I insisted on the sadness of the families who could not have the relationships that other peoples have, where emigration is a daily phenomenon. I had just finished an investigation in Miami, organized by Florida International University and I still had fresh in my mind those encounters with Cuban families where crying for the island was a frequent occurrence.

But the reason for this chronicle was the idea of the Cuban President, with reference to the duration of the blockade of Cuba, the longest in history. It is a subject that refers to several variables. Although Cuba does not possess enormous wealth like other nations, its oil resources are still incipient compared to other territories and are still in the process of being studied. Cuba’s reserves of strategic minerals do not offer millionaire profits either. This is a reality known since the XIX century, that, for the empire, towards a nation that, by the way, has not been a political priority for them. Nor have they attempted an armed invasion with the U.S. military as they have done in dozens of countries around the world, although they know that, in this case, the response would be without winners or losers.

Why then this persistence only with Cuba? Even in the case of Vietnam, the scene of human losses for both sides after a war that shook American society or conflicts with other countries where direct or diplomatic attacks have been carried out, why this sustained abuse against this neighboring island where the blockade has a broad historical consensus of rejection in various instances in the United States itself? So, what is it that bothers them so much about this small Caribbean island with an area of only 110,860 square kilometers [42,803 square miles]? Perhaps one answer could lie in the approach to issues of the Humanities and Social Sciences, such as cultural identities.

In all the years of the blockade, it was Barack Obama, a non-white president, who made a different reflection on this long conflict. I am not going to present a eulogy, but to delve into a different look, to dig into the space of those cultural subjectivities, which finally shape humanist behavior. Obama’s genealogy was not typical of the status quo in that country. He was born in Honolulu to an African economist father and an American anthropologist mother, his primary studies were in Hawaii, with his maternal grandparents, with an education that culminated with outstanding grades at Harvard. His professional level provided him with a pragmatic view of Cuba:

“When I was a child this conflict was already going on and in more than half a century nothing has changed in favor of the United States….”

As perhaps the philosophers of the Enlightenment would say, the strategies and tactics employed have become obsolete, so I propose to explore history as that scientific discipline that describes, roughly speaking, social events and, for that, we have as an essential guide José Martí, [1]. He predicted, more than a century in advance, the significance for that empire of its sustained effort to be the master of the continent. There we find a United States that saw and felt the island as an extension of its territory, where, as masters, they determined their road map, from the simplest things such as promoting their way of life, [2] to decisions such as the Treaty of Paris. In order to eliminate Spain in a sort of ultimatum, they even named their maneuvers, with cynical serenity as “Hispano-American agreement” [3] supposedly to liberate a Cuba that had already practically defeated the Spanish troops.

A practice of expropriation also used with native peoples of that country or with Mexican territories. In other words, history from the perspective of the Annals [4] announces a long-lasting conflict between the mighty Goliath and the young David. But in addition to the story, there is the psychological significance, from a perhaps Freudian perspective, of a dominant and powerful father who does not accept the break with a daughter, perhaps a bastard, but whom he wants to keep under his absolute dominion. The hypothesis would have to be formulated: Is it perhaps a lack of psychic capacity to accept that something that is supposedly his own reveals itself against his authority? This also seems to be an unacceptable reflection.

Now from sociology, with a classist and philosophical vision, let us see how Hitler decided that the Jews did not have the right to live. That is why he created the concentration camps for the extermination of those peoples, from the paradigm of an identity superiority, of white-European-Christian people, supposedly with superior intelligence genes. A cultural identity, in force in the United States, that, unfortunately, was possible to observe in the recent events during the electoral process.

Proclaiming themselves to have a superior identity, they do not tolerate, they do not admit being defeated or to lose an iota of what they have believed to be theirs. Even more dramatic, if it is in what they have considered their backyard, where they have lost a part of their property and do not accept losing, nor being surpassed by others, let alone to be ridiculed, because that hurts a lot.

Because something that the U.S. administration cannot stand is the cultural trauma that Cuba has generated. It’s a reality that is expressed in the United Nations, where for years the world has been in favor of Cuba and against the United States. It could be argued that, for the mentality of a sector of that leadership, it is inadmissible to recognize that Cuba has not submitted to its mandates and hegemony, but not only that, but it has been able to survive and even triumph in spite of the sanctions, a reality that is too strong for that segment of an elite, clinging to the thought of an identity superiority.

And there we find then, how the accumulated rage can increase. Thanks to the low political level and ignorance about Cuban reality, Donald Trump found a space in Miami for an alliance with his also-rabid colleagues. Where are those who thought in 1959, that emigration to the United States would give them the possibility of returning to Cuba, as “their owners”, again? Those who left with suitcases in hand and imagined that within a year or two at the latest, they would be back in their homes, with their servants, in their properties. But it was a dream that was not fulfilled and the one that Trump gave them the hope of recovering.

In conclusion, it is possible to think that the U.S. blockade against Cuba hides a kind of paranoia that has penetrated deeply into that colonizing and imperial mentality, which does not admit a Waterloo. Neither the defeat at the Bay of Pigs nor the loss of the war in Vietnam, which caused this inexplicable pain, of those who have imagined that they are the masters of the world. Because neither lies such as the sonorous aggression or the slander that Cuba is a nation that supports terrorism are able to unbalance the Cuban population. They know that David has already defeated them long ago, with his scientific, cultural and athletic advances, but they panic to admit it. That is why Biden continues with indecision about continuing Obama’s agenda or standing and watching the bulls from the rail, as Juan Formell said, paraphrasing his song: Que tiene Cuba, que sigue ahí, ahí, ahi…!!!!!

– 3] The Treaty of Paris of 1898, signed on December 10, 1898, ended up misnamed as the Spanish-American War, by which Spain abandoned its claims over Cuba and declared its independence. The Philippines, Guam and Puerto Rico were officially ceded to the United States for $20 million. That agreement has been regarded as the endpoint of the Spanish overseas empire and the beginning of the period of U.S. colonial power.

– 4] The Annals School is a historiographical approach that emphasizes events of long duration.

The author may be reached at:
Gisela Arandia Covarrubias
colorcubano@cubarte.cult.cu