On this occasion, JR Podcast spoke with Dachelys Valdés and Hope Bastian, who were recognized by the Cuban state as Paulo’s mothers. Read on and listen to the story. 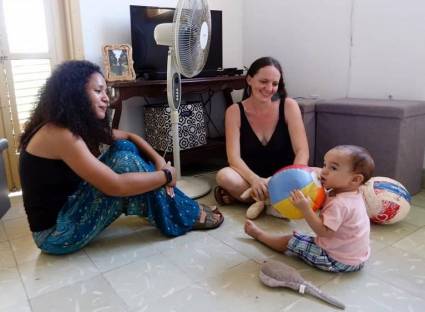 Dachelys Valdes and Hope Bastian were returning from Florida with a concern. Would the pregnancy test be positive?

They met in Cienfuegos, in 2015, during the First National Meeting on Gender Studies and Non-Heteronormative Sexualities. They fell in love. They started a relationship and when they saw it consolidated, they decided to have a baby.

The first thing they did was consult their family doctor. He, kind and diligent, investigated the possibilities of accessing assisted reproduction services and returned the bad news. They could not access the service because equal marriage was not yet recognized in Cuba.

Nor did they find other options. Or yes, but in extremely risky ways.

A friend could pretend to be a partner of one of them, but what if he claimed his rights as the biological father? So many possibilities for disaster: divorce, death. They didn’t want to live in fear. They traveled to Florida with a very deep longing. On their way back they had a little boy in Hope’s belly.

Hope’s name is equivalent to our Esperanza that symbolizes very well the feelings of both women, when they got off the plane on Cuban soil. 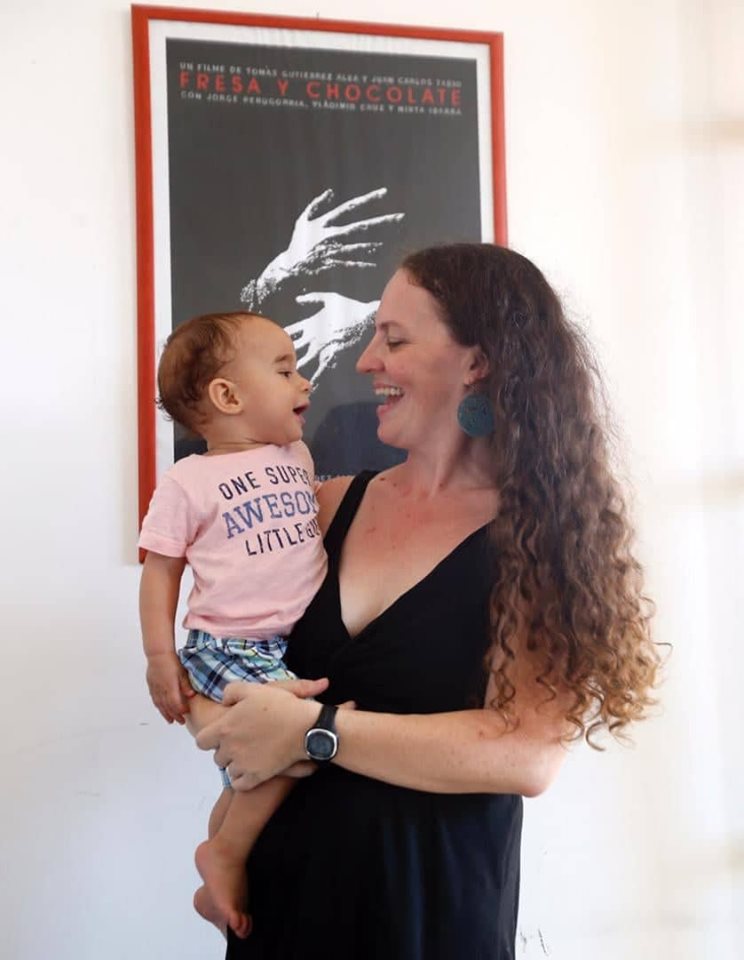 In Cuba, the birth certificate was slightly changed. The doctor, without anyone getting in the way, crossed out the predetermined male figure and wrote down Dachelys’ name. A small but significant gesture.

Dachelys Valdés is grateful and remembers this stage fondly. They attended the consultations with an in vitro fertilization specialist, no matter where it took place. They did not receive any discriminatory treatment, nor did they feel vulnerable, she confesses. And those who listen to her voice, very clear and soft but not docile, regain their faith in a more inclusive, less prejudiced and homophobic nation.

At the polyclinic, when they were going to be tested, they often tried to look for some sign of embarrassment in it. When they made it clear that they were the accompanying couple, they said “ah, it’s all right”, without further reaction.

Paulo was growing up in Hope’s womb in a calm and happy environment. 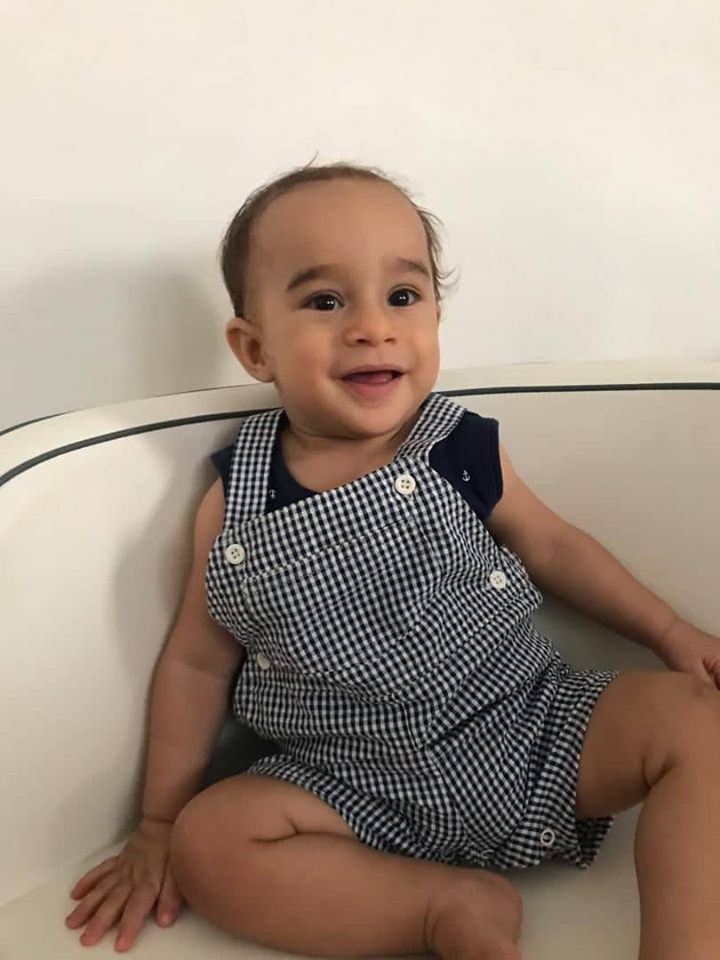 That was a collective pregnancy, the two first-time mothers were accompanied by fathers, brothers, friends.

That group of loving and supportive people has grown over time. I learned part of their story from a teacher at my school, Rocío Baró. One afternoon, at the end of 2019, she told me about the procedures both mothers took to obtain the Cuban citizenship of their little boy. She spoke with such great admiration of these two women that I promised myself to learn more about them, their experiences, their careers and their joys.

The desire became palpable in mid-June. I was checking Facebook, almost like an automaton, when the news came out. “The Cuban state legally recognizes that Paulo has two mothers.”

It had been worth the effort of the trip, for Dachelys to study how the birth would be, but in English. The losses in terms of comfort, being away from much of her support network. 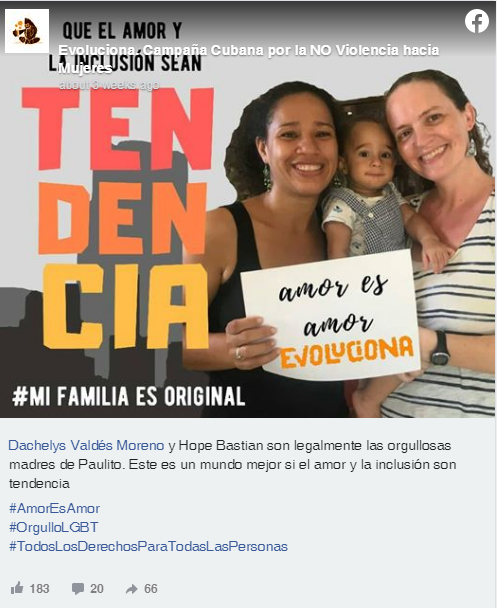 Paulo’s citizenship is still an ongoing project, but it is getting closer. They have a document from the Ministry of International Relations, which endorses the possibility of access to the childcare center and free health services.

They also have a birth certificate, which guarantees double maternity, for the first time in Cuba. They arrived at great happiness, free of fear. The process of obtaining such a certificate was slower than usual for families made up of both parents.

First, they started the procedures from Florida, they sent the documentation by post and the certified translation. They returned with their child on a family visa, because it was more feasible to carry out the procedure from Cuba. They knew that due to the newness of the case, the process would take time. They did not expect it to be around a year, nor did they imagine a pandemic. Instead, they confess to being safe and grateful for the end result, of not being left behind. 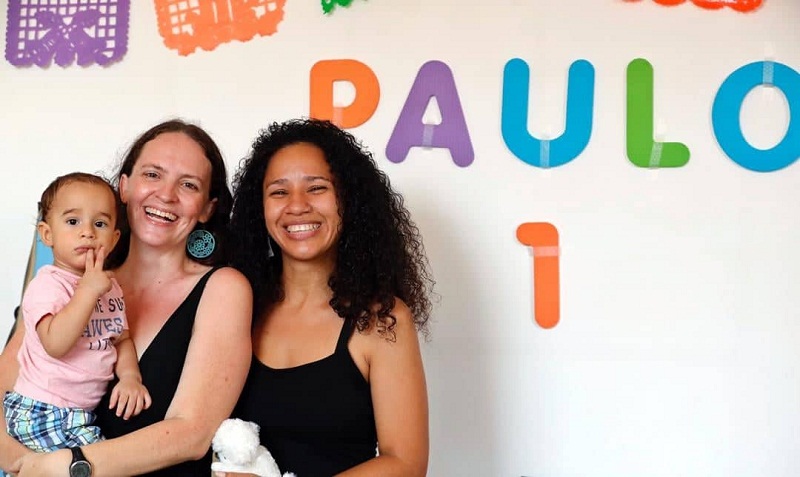 Since the announcement of their happiness, Dachelys and Hope speak a lot, to anyone who wants to know their story. They tell how they managed to realize their pregnancy and the remaining steps so that their child, for example, can have access to the food in the ration book. They feel that by telling of their experiences they make the LGTBIQ+ community more visible, the need to recognize the diverse forms of family, the access to assisted reproduction by same-sex couples, eliminating stereotypes. To recognize love and commitment as the only requirement to form a family.

They would like their story not to be isolated, not only for couples with resources and access to treatment in another country, although they understand that the laws and social sciences need reality to knock on their doors. And they are ready to continue, with every knock and every step, to bequeath to Paulo a more inclusive and happy Cuba. 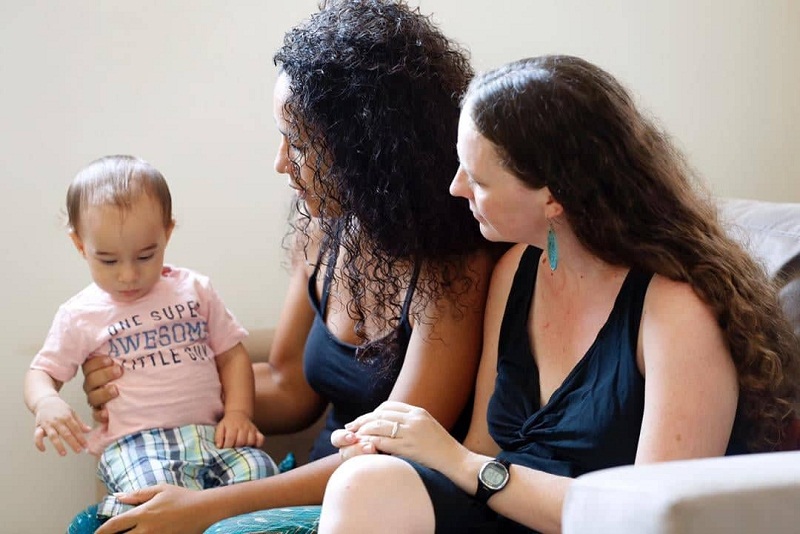 These are some excerpts from this story. If you want to hear from the voice of Dachelys Valdés and Hope Bastian, the emotions, fears, unforgettable moments, just listen to our podcast. Don’t miss it! [in Spanish]

2 years ago Juventud Rebeldemotherhood, Women0
Women's Faces and ActionsI'm Not Who You Think