According to the Euro-Mediterranean Seismological Center (EMSC), the epicenter of the tremor was located 16 kilometers west of Searles Valley, at a depth of 10 kilometers. 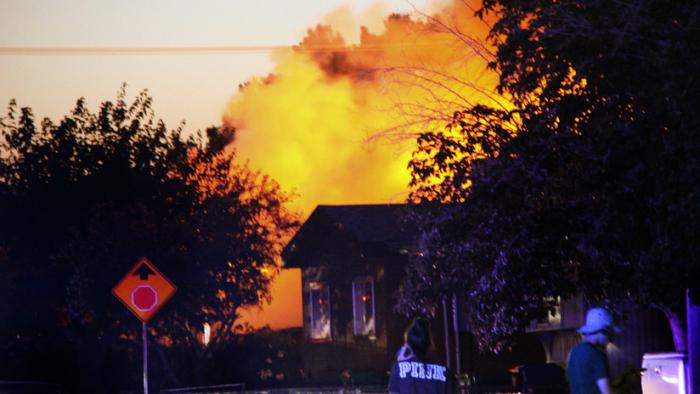 A fire broke out behind a restaurant after the 7.1 earthquake that struck the Californian city of Ridgecrest. July 5, 2019. Photo: AP

An earthquake of magnitude 7.1 on the Richter scale shook Friday night in the U.S. state of California near the city of Ridgecrest, where another major earthquake occurred Thursday, according to RT.

The earthquake at 20:19 local time was reported as significantly greater than the July 4 earthquake, which had a magnitude of 6.4 and was recognized as the strongest tremor recorded in the region in two decades.

The latest news about last night’s earthquake indicated that it was 11 times stronger than the previous one.

According to seismologist Lucy Jones, as with any event of this type, the telluric movement has a chance of being followed by a larger tremor, as replicas of magnitudes five to six are likely.

Megan Person, spokeswoman for Kern County, reported that multiple injuries and fires have been reported in Ridgecrest, a community west of the Mojave Desert and approximately 240 kilometers north of the city of Los Angeles.

In the center of the latter city, Friday’s earthquake caused the buildings to sway strongly and felt more intense than the day before, while Donald Castle, who lives in Porterville, west of Ridgecrest, told the chain that his house was shaken from 20 to 25 seconds.

So far, the tremor was reported to have caused more than 15 aftershocks.

“Some houses have been displaced, cracks have appeared in the foundations, there are collapses of the retaining walls,” the service reported, detailing that fires were also recorded.

It is also known of the existence of slight injuries in the city of Ridgecrest, the closest to the epicenter, where the local Police Department has not received reports of serious injuries, according to the report.