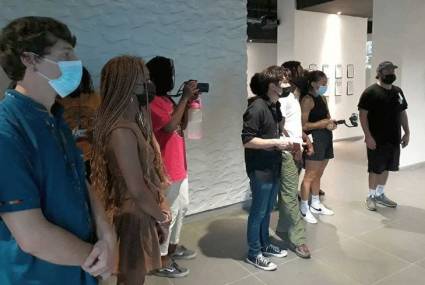 Members of Pastors for Peace caravan visit memorial in Cuba

The visitors learned historical facts about Washington’s aggressiveness against the Caribbean nation, and rejected that power’s interference in the island’s internal affairs.

Members of the U.S. interfaith organization Pastors for Peace arrived today at the Denunciation Memorial , in this capital, as part of its program of activities in solidarity with Cuba.

The visitors learned historical facts about Washington’s aggressiveness against the Caribbean nation, and rejected the interference of that power in the internal affairs of the largest Antillean island. In declarations to local television, the caravanistas recognized Cuba as an example and ratified their support to the socialist project.

The day before, the activists arrived at the capital’s José Martí International Airport. Upon their arrival, the director of that group, Gail Walker, stated that the 75 visitors from 20 U.S. states joined the 31st edition of these initiatives to show the majority feeling of the U.S. people with respect to Cuba.

She pointed out that her companions are especially interested in learning about the achievements of this Antillean nation in confronting the COVID-19 pandemic, in the midst of the tightening of the economic, commercial and financial blockade and other aggressions by the U.S. government.

During their stay until November 26, the members of Pastors for Peace will carry out an intense agenda in the provinces of Havana and Matanzas (western Cuba), which includes meetings with women’s and workers’ organizations, and tours of educational institutions of historical and social interest, according to PL.