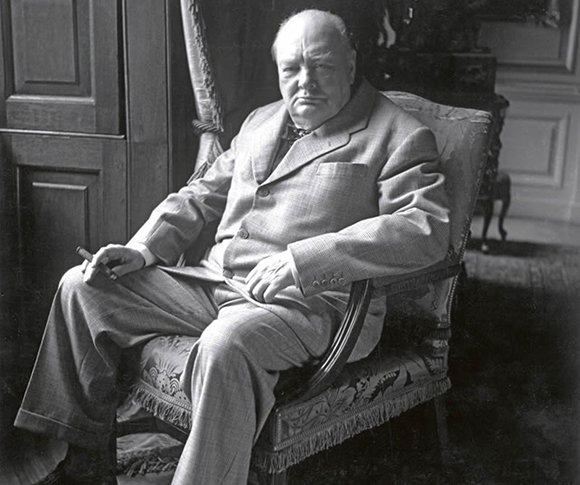 Former British Prime Minister Winston Churchill was given in Cuba, in 1946, the treatment of head of government, and the National Hotel reserved for him, of course, the Apartment of the Republic, which was intended for the most distinguished official guests. During the Second World War, the press had made his image of a good-natured and implacable grandfather habitual at the same time. He was an insatiable smoker of cigars. When he leaned out of the door of the Boeing 17 that brought him, he raised his right hand and with his index and middle fingers in the shape of a vee he greeted the crowd waiting for him at the Rancho Boyeros airport and applauded him enthusiastically: Sir Winston repeated for the Havana people the sign of victory, a gesture he coined throughout the war.

And there began the headaches for the Cuban protocol and the British legation in Havana, because the former premier did not respect timetables or formalities and was governed only by what the day had in store for him. He would get up at five in the morning and from that moment on he would put the entire hotel in check. One rainy day, annoyed because he could not take his usual dip in the pool, he suddenly ordered that they pack their bags to leave and asked them to get rid of them as soon as the sun came up. He spent his free time playing cards with anyone who wanted to join him. “He eats, drinks and smokes without restrictions of any kind. And in quantity,” wrote Enrique de la Osa in his report on the visit.

It was the second time Winston Churchill had visited our country. Many years ago, in 1895, he had celebrated his twenty-first birthday here. The then young officer of the fourth Regiment of Hussars came in his personal capacity to see the war that the Cubans were waging for their independence against Spain, and here the future Lord of the British Admiralty received his baptism of fire. At that time he also became fond of Cuban rum. He says so explicitly in his memoirs.

What was Winston Churchill looking for in 1895 in these lands? He said it clearly in his book: the adventure for the adventure itself. He was anxious to know what a war was like. 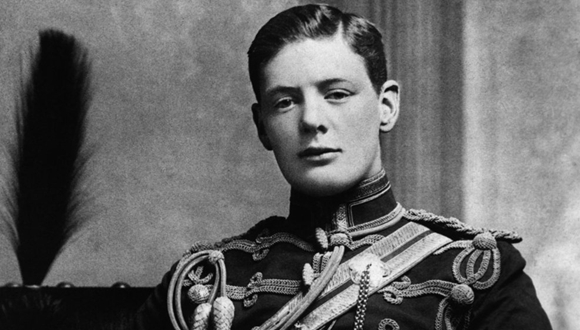 Churchill came from Sancti Spiritus with a Spanish troop of three thousand men moving towards Arroyo Blanco. He marched on horseback for hours and made campaign life: he slept in a hammock, bivouacked with the troop, bathed in the rivers… Days passed and nothing happened, until one morning, at breakfast time, his group was surprised by a closed discharge coming out of the nearby forest and a horse that grazed peacefully next to Churchill received a fatal wound on the side.

The Spaniards rushed to where the shots came from and found no one. Churchill had already been warned that in Cuba the enemy was everywhere and nowhere… “When I witnessed all these operations I could not help but think that the bullet that had hit the horse had certainly passed one foot from my head. So, at least, it had been under fire. It was something,” says the former prime minister in his memoirs. He understood the situation: Spain would be ruined and bleed to death in front of a ragged army armed, above all, “with a terrible knife called a machete”. It was a weapon handled by soldiers for whom war “cost them nothing, apart from misery, dangers, and privations”. But even so, Churchill sympathized with Spain. Rather, he felt sorry for the Spaniards. 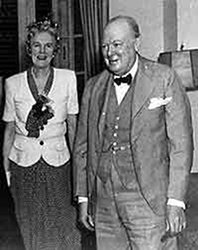 Winston Churchill with his wife during his stay at the National Hotel in Havana in February 1946.

Let’s go back to that Havana of February 1946. Churchill asked to be driven through the city in a convertible car and since Cuban protocol did not have a similar vehicle, the owner of the Partagás cigar factory offered his and he himself gladly served as a driver in exchange for the visitor reciprocating with a visit to his company, in which he was pleased. One of the traditional vitolas of the Romeo y Julieta brand bears the name of the British politician. Pinar del Río distinguished Churchill with the title of Favourite Son. He spent a whole afternoon locked up in the brothel of Marina, in Colón Street. His aide during his stay on the island was the then young lieutenant José Ramón Fernández.

Churchill’s lunch with President Grau San Martín, whose menu is still maintined, was tinged by the anecdote. Sir Winston left for the Presidential Palace with all the packing that the occasion required only to return to the hotel a few minutes later… I had forgotten the cigars. Then, another unplug: the retinue had to go round and round around the Palace for ten minutes so that the former premier and the president would meet at the scheduled time.

At the end of lunch, Grau forced Churchill to go out to the North Terrace before which many Havana citizens were waiting to greet him.

Churchill said: “I feel very pleased in this beautiful Island of Cuba where I have been so well received…”. And he continued, in Spanish: “I take the opportunity to say: Long live the Pearl of the Antilles!

At the end of his stay, he made another enthusiastic statement: “If I didn’t have to see President Truman, I would stay here for a month. 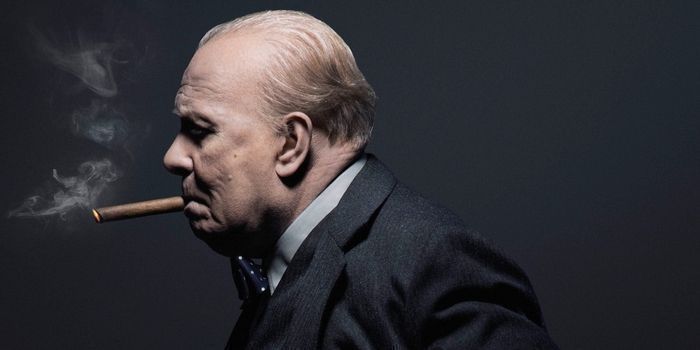