Some time ago I published some questions about Havana:

“Is it a coincidence that places like Parque Lenin or Coppelia [ice-cream parlor in Vedado], symbols of the democratization of recreation and the access of the majority to refinement –opened by the collective project of the Revolution– languish between bad service and structural deterioration, while the idea that the good and the beautiful are the exclusive patrimony of the pre-revolutionary past? Why is the Latin American Stadium increasingly called the “Estadium del Cerro” in our media?

“Is it a Havana for tourists the one that will reach its 500th anniversary, reproducing the celebrations with the colonial flavor that –unlike what happened with the half millennium of Santiago de Cuba– took place in many of the towns founded by the Spaniards? Or as in Santiago, the neighborhoods built by the Revolution –and now more or less vandalized– (Camilo Cienfuegos, San Agustín, Alamar, Mulgoba, Reparto Electrico …) can renew their (lack of) urbanism and raise the quality of life of hundreds of thousands of Havana workers who have never been able to sit in a “paladar” [private restaurant]?

“Will the newly refurbished Capitolio of Havana be an old building for a new democracy, or a shell that –between marbles and bronzes, so dear to the dictatorships and plutocracies– forgets to consecrate the name of Jesus Menendez, the black working-class parliamentarian who imposed on the Yankees and the Cuban bourgeoisie a fair deal for the sugar workers. As a result, he was murdered despite his parliamentary immunity in “the most democratic period in contemporary Cuban history,” a phrase taken from an article in the Spanish newspaper El País signed by a Cuban “historian”?

And I return to these questions because, fortunately, for a few months now in the capital of the country we can see the growth of a transformative effort in favor of the majorities: renewing public spaces –like those mentioned in my questions– accessible to those who lack the resources to visit the new recreation centers which have prospered under the new economic measures. Large agricultural markets have been opened on the outskirts of the city. State-run gastronomic facilities with popular prices have been rescued. Fountains that had been without water for decades are running again. And other achievements are beginning to take shape with the decentralized funds collected by the municipalities. It can be said that, through these actions, the city thrives, because most of its inhabitants prosper. 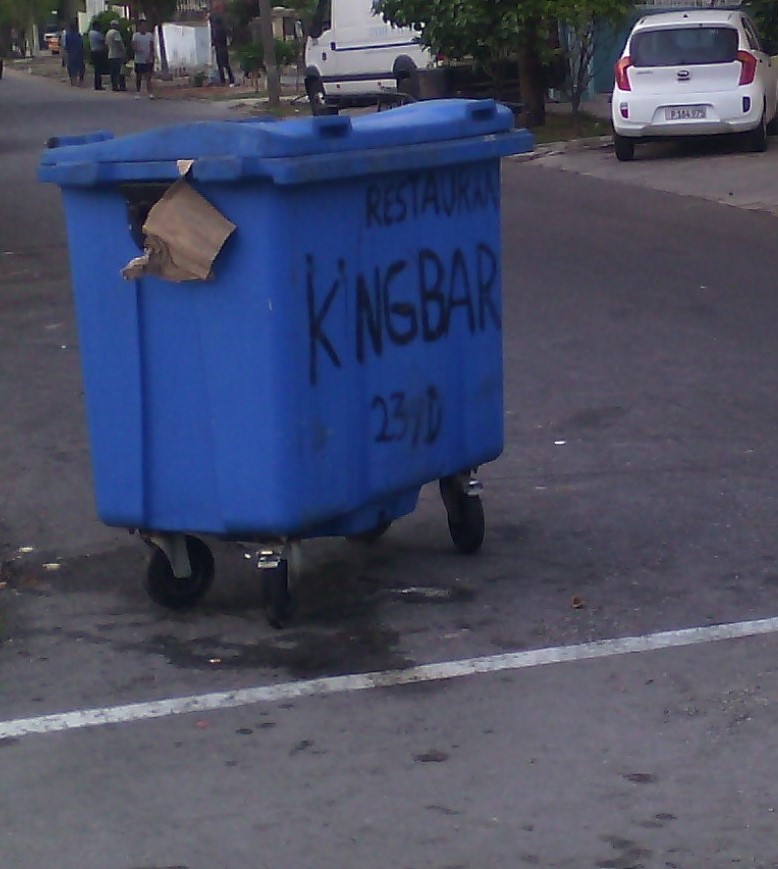 But if that effort is not accompanied by the participation of the people in creating a culture of civic order and urbanity, all this effort will be like pedaling on a stationary bicycle. This participation must stem from a popular debate –we have the organizations and media to do so– that would serve for the dissemination and production of consensus around the rules that regulate and punish –if they were enforced– the frequent aggressions against common property.

To give just one example: the debris generated by construction work –for repairing opulent mansions acquired by landlords and the new rich in the most central municipalities of Havana– will continue to be dumped with impunity on street corners, so that the state sector –that is: the lowest paid workers– pay for its free collection without taking into account that, as explained by the British academic Emily Morris:

“As the non-state sector has developed, it has become increasingly clear that the relatively inefficient private firms have been able to thrive within the national economy since their costs in Cuban pesos, including labor, are undervalued at the CADECA / CUC rate they use for their transactions. In fact, the Cuban state is subsidizing the new non-state sector through the underrated rate of CADECA. Meanwhile, state-owned enterprises have to use the overvalued official exchange rate, a serious disadvantage in terms of their competitiveness. A form of “monetary illusion” which means that efficient state-owned enterprises report losses and therefore cannot raise capital for investment; while private entrepreneurs operating at very low productivity levels enjoy strong hidden state subsidies but complain of excessively high taxes.”

The non-state economy has much to contribute in Cuba; but illegality, tax evasion, hoarding, appropriation of the common good, and speculation with deficit products are not the best allies to convince of its virtues.

The first thing that should be clarified is what we mean when we use the verb “to prosper”.

In those economically “most prosperous” territories (such as: Trinidad –where business has developed along with the growth of garbage in the streets, and the notorious tax evasion reached such extremes that the ONAT [National Office for Tax Collection] of Sancti Spiritus had to be moved over there; Viñales –where teachers have to be taken from other municipalities and private pools try to steal the scarce water supply in times of drought; or Havana, where part of the efforts to supply popular restaurants and cafeterias, education and health centers, drains to private restaurants or  bars that remain open until five in the morning –not until 3:00 am as it is regulated) businesses are favored by the indirect subsidies of the CADECA 25 to 1 exchange rate, the low rates of water, gas and electricity conceived for domestic use, but used for profit; the free disposal of increased amounts of solid waste –as if this waste came from the kitchen of a home.

In this way development and prosperity will be patrimony of a few to the detriment of the majority.(CubAhora)