Home We won’t let them destroy our dreams

We won’t let them destroy our dreams

We won’t let them destroy our dreams.

Statement by Cuban youth in response to the disrespectful and absurd words of U.S. Secretary of State Mike Pompeo at the OAS General Assembly
Posted: Tuesday 05 June 2018 | 09:41:40 PM 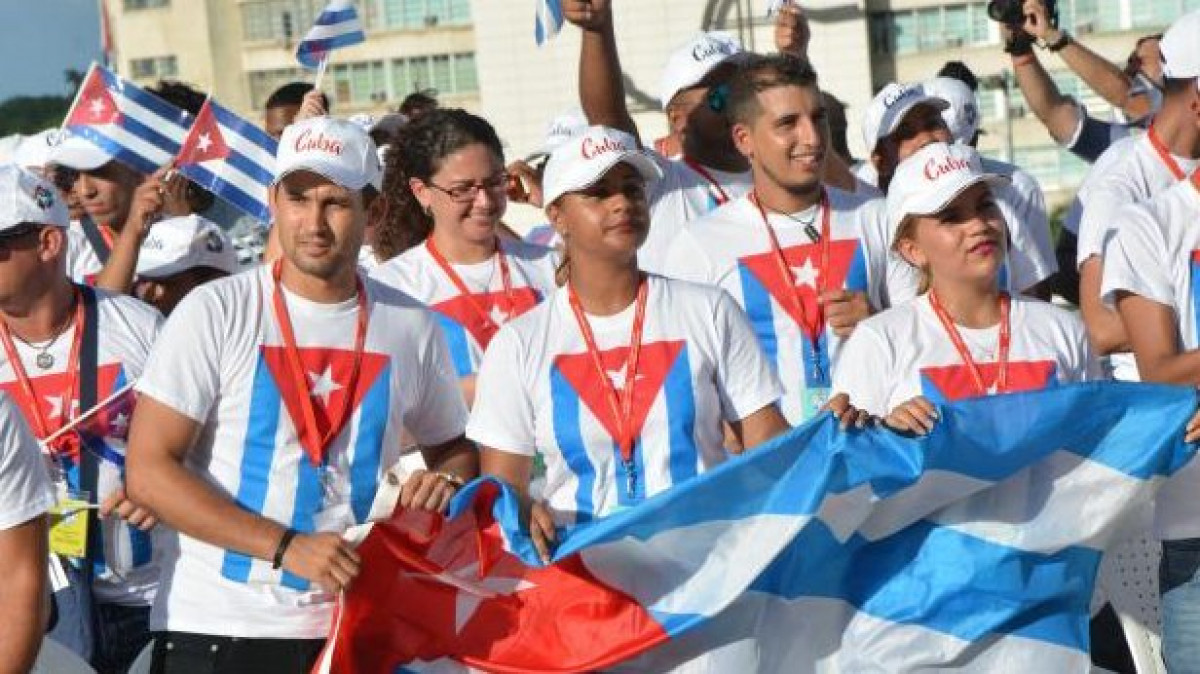 History repeats itself. Arrogance, ignorance of Cuban reality and contempt for the peoples of Our America, lead once again to unacceptable, lying and manipulative statements in the mouth, this time by the U.S. Secretary of State, Mike Pompeo, during the OAS General Assembly, which was well defined by Cuban Foreign Minister Raul Roa Garcia as the United States Ministry of Colonies.

They are wrong again and this character makes a fool of himself when he talks about the lack of opportunities for Cuban youth and questions our rights and options for building the future. This is a gross provocation because, even for someone like him, it would be impossible to ignore the revolutionary conquests that have allowed our children, adolescents and young people to grow and develop showing impressive and irrefutable human development indices, within a society that listens, protects and empowers them.

He speaks of supporting young people and he does so on behalf of the government that is applying a criminal blockade that is widely rejected and condemned by the entire world. It’s the blockade which is responsible for limitations and shortcomings that have a direct impact on the very young people he is now hypocritically trying to defend. He offends with the double standards of those who have given support and refuge to those responsible for terrorist acts that have caused the death and physical incapacity of hundreds of young people throughout the revolutionary process.

We ask ourselves: Why does Mr Pompeo not ask for support for the millions of young people in this region – the most unequal on the planet – who are victims of unemployment, violence, disease, discrimination and extreme poverty?

The Secretary of State cynically advocates the realization of young Cuban talent by pretending that someone believes in his words, when a simple visit to Cuba or a consultation with the statistics of any international organization of education, science and culture would be enough to deny it: Thousands of doctors, hundreds of talented scientists, renowned artists in all their manifestations, champions in sport, teachers of international merit and dozens of other girls and boys of this land destroy the laughable fallacy of Pompeii.

Cuba hurts them. They know that they have not been and will not be able to reverse our history. They have witnessed the magnificent act of sovereignty that constituted the electoral process in our country, as a result of which the new generations have nurtured all levels of government, reaffirming continuity and destroying the dreams of political change that will allow them to once again be the masters of this island.

We are a generation full of motivation. They will never be able to manipulate us, nor put us at the service of imperialism and its lackeys. We are children of mambisa lineage and of a dignity learned from our historical leaders. We are the owners of our streets, those where today we walk in peace and security. We will not allow them to destroy our dreams; all our forces and energies are at the service of the Revolution.