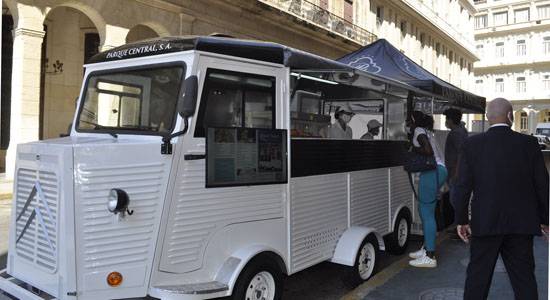 Many people are already talking about the news -and also the dishes- of a food truck next to the Parque Central Hotel, on Virtudes Street, in the municipality of Old Havana.

Every day, from 10:00 a.m. to 4:00 p.m., a truck with the best retro style of the 1940s parks at that address. Its menu of chicken, pork, hamburgers and other fast-food variants attracts a clientele that, without queue or matazón [slaughter?], comes to taste the culinary standards deduced from the Iberostar chain and its five-star plus “inn”.

The offer also provides a free home delivery service and, although some people find its price onerous in general, others find it economical in comparison with gastronomic businesses in the self-employed sector.

A food truck is basically a vehicle capable of offering any type of menu in streets, squares, fairs and, in essence, open places: a sort of mobile kitchen.

In recent years, this practice has become so popular around the world that filming TV programs in such trucks, complete with chefs, aprons and gourmet terminations, has become commonplace.

It is said that the food truck on Virtudes Street is the first of its kind in Cuba; however, Jose Luis Ayala, deputy general manager of the Parque Central Hotel, says that the Melia Habana inaugurated one before, only that it focused on cocktails, not food. The Comodoro and Cohiba hotels also have similar vehicles. 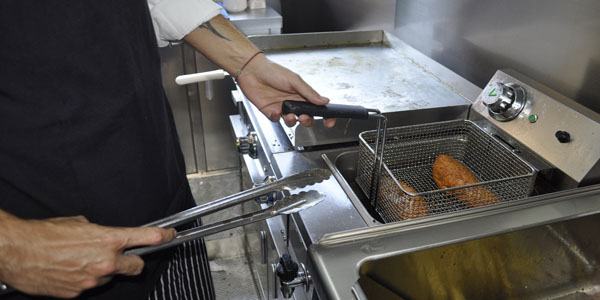 In the 1980s, Ayala says, trucks with the same purpose of the food truck used to appear at several Havana events, but without the specialization and technologies of their current relatives: with their griddles, fryers, microwaves, scrubbers, their own electric plants, water recycling systems, policies that establish the exclusive use of biodegradable materials…

“It’s not just selling food for the sake of selling, but doing so with an image that identifies the hotel, is attractive and complies with the relevant ecological standards,” argues the assistant manager.

Sales in pesos are also important

The idea of the food truck in Cuba came from the then president of Cubanacán, Yamily Aldama, now deputy minister of Tourism. The goal was, according to Ayala, “to boost domestic sales, and then, to bring the hotel product closer to the towns and places where the summer events took place.”

In 2019, summer fairs began to be organized with the participation of hotel gastronomy. Parque Central repeated these experiences in Virtudes Street, La Piragua and other locations.

“We saw that it was a business opportunity, with a sustainable income, and that the service was recognized by customers, both by residents and local tourists who were passing through the city,” says the deputy director, who discussed a thesis in 1991 on the influence of Cuban food on tourism.

To perform this service in outdoor areas, most of the time tents were rented. A food truck would be, for its ease of movement and aesthetic appeal, a much more viable option. Once the investment was approved by the joint venture Amanecer Holding S.A., the owner of Parque Central (Iberostar is the administrator), the truck was imported and arrived in Cuba at the height of covid-19, at the end of 2020. 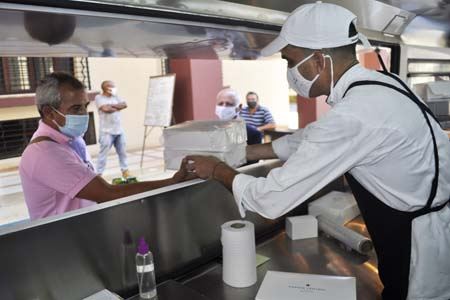 The food truck service complies with established sanitary protocols to counteract the spread of the coronavirus.

“The level of tourism has dropped a lot. It was very good for us to have this type of service, because right now, in the stage we are in of the pandemic, we can’t have that influx of foreign tourists,” Ayala admits. “So, we link the offer with the local market segment. As for prices, we can’t say they are cheap, nor very high. We did a study and looked for a balance between the quality of the offer and the price: something that the customer would accept.”

Although the food truck is by far not the hotel’s main business, “it helps to cover the salary expenses we have to pay to keep the hotel open. In addition, we link a large part of the hotel’s workers to the truck”.

Yoinys Pérez, sous chef at Parque Central, thinks that the food truck concept is a very good idea: “We are happy, above all, because we have work. With this we were able to incorporate workers who were at home, at 60 percent (earning that proportion of their usual salary)”.

With his 13 years of experience at the hotel, this specialist found it a little hard to adapt to the small dimensions of the truck, with the heat of the fryer close and constant.

“Sometimes I miss my old kitchen. It’s not the same to prepare a dish to order, where we have a restaurant that is five forks, with all kinds of dishes, products, finishes, sauces… they are dishes that take another kind of treatment,” he sighs suddenly.

“You miss… you miss that adrenaline. On the go, it comes out! Everything by time: starter, main course, dessert. It’s another kind of service, in which the client enjoys the hotel more and the chef innovates and feels more fulfilled.”

Nevertheless, Yoinys has come to appreciate his work in the food truck. For example, he enjoys pleasing local customers, who have a different palate than the foreign tourists he usually serves: “It’s different, but even much better. First, because they speak our language. Second, they have the same tastes as us. It’s what I know how to eat. What my children eat. 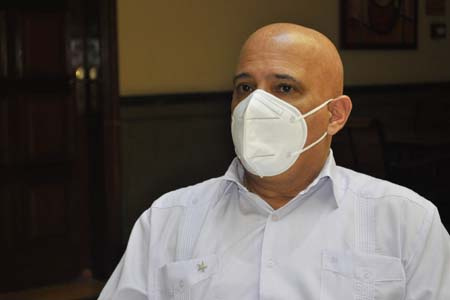 “I am a lover of gastronomy and an advocate of typical Cuban dishes,” says José Luis Ayala, assistant general manager of the Parque Central Hotel.

The food truck is here to stay. In the words of general manager Jorge Sáez Parra, “it allows you to adapt to the new reality one hundred percent. It is a service in which you are in the open air. People pass by, take it and eat it wherever they want. It is the same as Iberostar’s Covid protocols. It guarantees gastronomy in a safe way”.

Moreover, after the current pandemic crisis, such a truck will have even more repercussions, perhaps in the context of thawing, starting with fairs and concerts all over Havana.

“The essence of the food truck is to bring the offer closer to the points where there is demand for an agile service and food that does not need to be very specific, but attractive”, says the Spanish director, “It gives you flexibility: like a restaurant on wheels so that you go to where the customers are, not that the customers come to you. That’s its appeal.

1 year ago Translationsfood0
Men's things... and women's...The CIA and hatred as a weapon