Home US Betting on Reality Not Falsehoods

US Betting on Reality Not Falsehoods

US Betting on Reality and not Trump’s Falsehoods

As new cases of the disease reach 60,000 a day across the country, many leaders, including those who supported Trump’s aggressive approach, now have no choice but to prioritize science over policy, leaving the president out of touch with reality 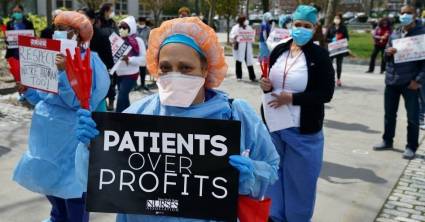 While President Donald Trump is obsessing over his reelection hopes in his White House bubble, state and local leaders are frantically reversing the state reopenings he demanded, making the United States the largest access point for the coronavirus in the world, says a CNN analysis.

As emergency rooms filled up and the virus accelerated its relentless march through southern and western states, Trump clung to the fiction that the worst is over: “We had to close it; now we’re opening it,” President Trump said of the economy, patting himself on the back for saving “millions of lives.

As new cases of the disease reach 60,000 a day across the country, many leaders, including those who supported Trump’s aggressive approach, now have no choice but to prioritize science over policy, leaving the president out of touch with reality.

In Texas, Houston Democratic Mayor Sylvester Turner proposed a two-week shutdown, days after Republican Governor Greg Abbott raised the possibility of tougher measures after issuing a mandate to wear the mask that offended conservative orthodoxy. West Virginia called for the closure of bars in the hardest-hit county.

In California, Democratic Governor Gavin Newsom ordered the closure of all restaurants, grocery stores, movie theaters, zoos, museums and all bars. Los Angeles and San Diego said their children would start the new school year online only. Oregon banned gatherings of more than ten people inside due to an “alarming increase” of cases in the state.

KFC encouraged franchises in Florida, Texas, Oklahoma and California to stop serving. Florida on Saturday set a record for any state in one-day data on new infections, and COVID-19 cases continue to rise.

The picture is one of a nation that is beginning to close again in defiance of the President’s triumphant but misleading claims that he is leading a “transition to greatness,” the analysis released by CNN says. 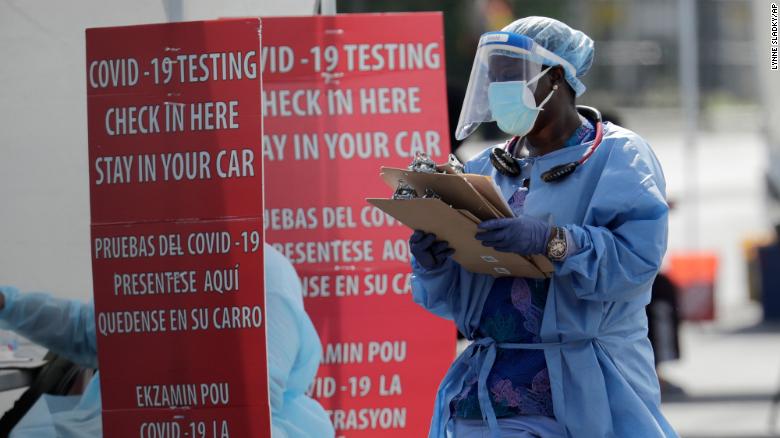 The restrictions imposed on cities as large as Houston and Los Angeles could reverse the surprising economic revival of last month. The modest employment gains, trumpeted by the President, could turn into permanent job losses.

In comments that are likely to infuriate Trump even more, Dr. Anthony Fauci, director of the National Institute of Allergy and Infectious Diseases, made what is, unfortunately, becoming an obvious point: the rapid openings have triggered a disaster.

“It’s very clear — and we know from countries around the world — that if you physically separate people to the point where you don’t allow the virus to spread … we know we can do it if we close,” Fauci said at a Stanford Medical School webinar.

“We don’t close down completely – and that’s why, when we went up, we started going down, and then we stagnated at a level that was really quite high – about 20,000 infections a day,” Fauci said. “So, when we started to reopen, we’re seeing today’s waves, as we speak, in California … in Arizona, in Texas, in Florida, and in several states.

There are some bright spots. For the first time in months, there were no COVID-19 deaths in New York City in a 24-hour period, a moment of liberation that Democratic Mayor Bill de Blasio called “knock and move.

Massachusetts announced that its seven-day average of positive tests had fallen to 1.7 percent — 94 percent less since mid-April. The lesson for states now at the center of the storm — which predated the U.S. Centers for Disease Control and Prevention’s guidelines on safe reopening — is sobering.

New York and Massachusetts bought what may still be only a temporary truce with the coronavirus for weeks of closures and a strict reopening process that waited for the infection curve to be properly suppressed before restrictions were lifted. Even now, there is no guarantee that the virus will not return to dangerous levels when normal life returns.

However, El Nuevo Herald reports that Florida reported 9,194 new confirmed cases of coronavirus on Tuesday and 132 deaths in 24 hours, the highest number of deaths from the disease recorded in the state since the start of the pandemic in March, according to the Florida Department of Health.

The state set a national record on Sunday with 15,300 infections on the day, but Republican Gov. Ron DeSantis of Florida is insisting on a reopening.