How Does Two Months in Bolivia Without Cuban Doctors Translate?

An intense and insulting campaign against the medical collaboration that Cuba provides to the world characterized the U.S. imperial strategy implemented in 2019. It found submissive governments that preferred to leave their people without health care, in order to play along with the White House. 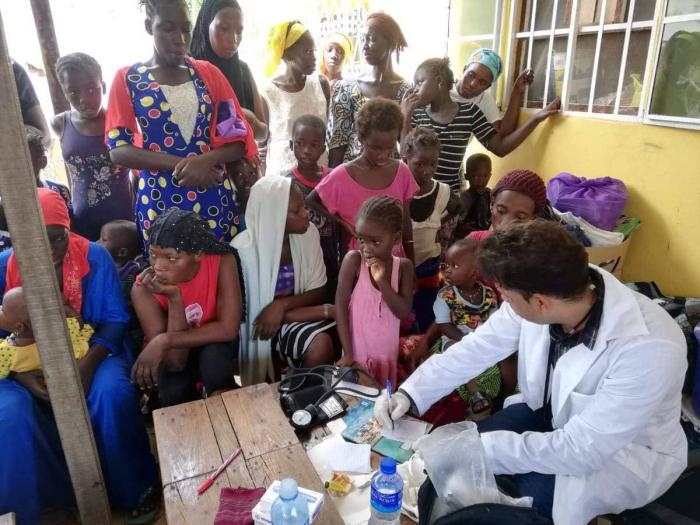 An intense and insulting campaign against the medical collaboration that Cuba provides to the world characterized the U.S. imperial strategy implemented in 2019. It found submissive governments that preferred to leave their people without health care, as long as they played along with the White House.

One example is the recent statements made by the self-proclaimed president of Bolivia, Jeanine Áñez. On January 22, at the ceremony to celebrate the founding of the Plurinational State, Áñez once again used hackneyed arguments against the altruism of Cuban health professionals.

In response to such fallacies, Cuban Foreign Minister Bruno Rodríguez, in his Twitter account, described the lies of the coup leader as vulgar. He urged her to explain to her own people that, after the return to Cuba of the collaborators, as a result of the violence to which they were subjected, more than 454,440 medical visits had been cancelled.

He also said that the two months of absence of Cuban doctors in that Andean-Amazon nation have resulted in almost a thousand women who have not received specialized assistance in their deliveries, and 5,000 surgeries, as well as more than 2,700 ophthalmological durgeries, which were not performed. “They are not just figures, they are human beings,” wrote the Head of Cuban diplomacy.

The dismantling of the programs based on Cuban medical cooperation has been financed with more than $3 million, granted by the Agency for International Development (USAID), a U.S. institution that provides funds for different aggressive actions against governments that Washington does not like.

The Cuban medical brigades in Brazil, Ecuador and Bolivia disappeared as a result of all this persecution by the United States, which questioned the professionalism and dedication of the more than 400,000 Cuban health workers who, in 56 years, have carried out missions in 164 nations.

This campaign to discredit Cuba is led by the White House National Security Council under the sponsorship of senators and congress members associated with the anti-Cuban mafia in Florida and right-wing State Department officials.

They invent the premise of a supposed “modern slavery” and “human trafficking” for Cuban doctors and hide the humanistic sense of such missions abroad. These have helped to recover health indices such as the decrease of infant mortality and maternal deaths; the curing of infectious diseases by epidemics and others.

They do not know that Cuban doctors, before leaving, receive training about the place where they will work. They sign a contract of employment with all the legal guarantees and where the terms to be fulfilled by both parties are made explicit. They take with them a medical record with the updating of their vaccines, plus the legalization of their professional titles.

Several countries even require these professionals to take knowledge tests, and medical authorities from these countries travel to Cuba to take tests in languages other than Spanish.

Those who go on medical missions do so absolutely freely and voluntarily. In Cuba, their families receive their full salary or it is kept in a bank account, while they have a stipend in the country of destination, along with other benefits (payment of accommodations, electricity, water and basic services).

The compensation Cuba receives for the cooperation it provides goes towards the financing, sustainability, and development of the public health system, which is free for one hundred percent of Cubans. This is something difficult to understand in the capitalist world, where a good part of the health services are paid for.

All the discrediting promoted by Washington is accompanied by attempts to re-establish the so-called Parole Program for Cuban Medical Professionals, which existed until January 12, 2017. This encourages desertion, payment of tickets and legal services, provision of U.S. visas and travel documents to aid workers in third countries. Its is the sabotaging bilateral agreements signed with them, depriving them of their services and depriving us of highly qualified human resources.

Today, the response to this new war has been to continue saving lives, providing health and welfare. While the governments denigrate the stories of Cuban internationalism, the beneficiaries are grateful and recognize that this achievement completely transcends geopolitical interests and any ideology.

Cuba decides to return home to its brigade in Brazil, because President Jair Bolsonaro questioned the dignity and professionalism of our doctors present in 3,600 municipalities in that country, which between 2013 and 2018 provided health coverage to 60 million Brazilians.

The Secretary-General of the OAS presided over a conference to accuse Cuba of alleged crimes against humanity, based on Cuban medical cooperation abroad.

The State Department, in its Report on Trafficking in Persons 2019, denounced Cuba’s international medical cooperation.

U.S. Embassy and U.S. government officials went to authorities in several countries to inquire into accurate data on Cuban medical cooperation, with the aim of finding ways to eliminate it.

The Government of Ecuador decides to conclude the health agreement with Cuba, alleging economic reasons, but spreading slander in the press about the participation of Cubans in the protests carried out by the Ecuadorian people.

There were 26 serious incidents against our aid workers in Bolivia, and therefore the medical mission in that country was terminated.

27 bilateral legal instruments were signed in Cuba with 23 countries.