Trump, an Egomaniacal Monster, and Covid-19

WHO Director-General Tedros has been clear about attitudes like those of Trump and others: “Quarantine policy…”, at the WHO “no policy is made”, its mission is “to care for the poor and vulnerable” 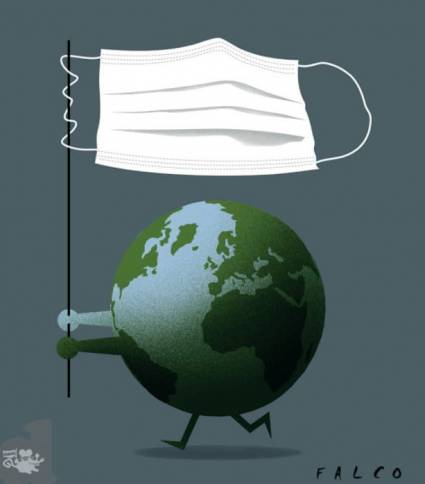 He’s definitely not crazy, he’s a shameless, cynical bastard. A criminal of the same ilk as Hitler. A being unworthy of belonging to the human species. Every day he does or says an atrocity or various monstrosities. Of course, I am referring to Donald Trump, the powerful president of the United States, which is why he tells us so much about what he says or does.

This Tuesday, April 7, when the world counted 78,269 deaths and at least 1,381,014 people infected with Covid-19, figures that continue to grow by the minute, Trump announced that he will suspend the U.S. contribution to the World Health Organization (WHO).

An hour before this mention at his daily press conference at the White House – not before he had given a rapid test of the virus to everyone in the vicinity of the president and vice president Mike Pence, especially reporters – Trump had exposed on his personal Twitter account that the World Health Organization (WHO) was too focused on China and had given – in his opinion – wrong advice during the outbreak of the new coronavirus.

The campaign to discredit the World Health Organization coincides with a revelation by the WHO’s director-general, Ethiopian microbiologist Tedros Adhanom Ghebreyesus, who said that in the past three months, during which his organization has led the global fight against the coronavirus, it has received threats of death and attacks of various kinds, including racist ones.

“I’ve been getting personal attacks for three months, some of them racist, and to be honest I’m proud of my color. I have even received death threats, but I don’t care at all. Why would I care about being attacked if people are dying, we are losing lives every minute,” he said.

“When it’s personal I don’t care, I’m no better than anyone else, but when an entire community is insulted, then that’s it, I can’t tolerate that,” he said in a calm tone.

Tedros has been clear about attitudes like those of Trump and others: “Quarantine politics…”, at the WHO “you don’t make politics”, its mission is “to care for the poor and vulnerable” in these times when the whole world is embroiled in the crisis caused by the coronavirus.

This was the motivation of the American president, when the Director of the WHO rejected the racism of “scientists” who propose to use Africa as a laboratory for criminal experiments on the population. This would have been under the pretext of looking for a Covid-19 vaccine, Trump decided to punish the WHO. Venezuelan diplomat Samuel Moncada, commented on Twitter: “It is colonialism at war with the world”.

But Trump’s actions are not limited to looking to the WHO as a scapegoat for his own mistakes in handling the crisis, which he long ignored, but he had even denied the terrible importance of the disease.

If we are particularly affected and hurt by the application of the laws of the blockade to prevent a Chinese donation to Cuba from reaching the Greater Antilles, it must be pointed out that it acted with equal dishonesty and lack of ethics towards its allies. For example, Canadian Prime Minister Justin Trudeau has pointed out that he is still working to persuade Washington to lift the blockade on a shipment of half a million masks that should have arrived in Ontario on Wednesday.

The lord of the White House does not lose his ways, and when the world needs love, courage, compassion, generosity and commitment to the truth of what is happening, Donald Trump continues to set deadly traps.