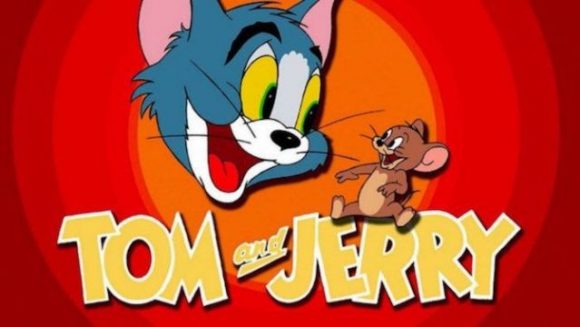 he hilarious Tom and Jerry, the cat and mouse, are silent characters.

This is the 80th anniversary of the release of one of the most famous cartoons of all time: Tom and Jerry.

How did this story come about? The plot is simple: fed up with the mouse that wanders around his house, a cat sets up a plan to throw him out with a trap loaded with cheese.

But the mouse, who is very lively, manages to get his favorite food out without any problem and then continues to walk around the corridors – and rooms, and so on – very happily. The cat insists on catching him, but always fails.

The friendly animal duo was created, as they say, in a moment of desperation.

The animation department of the Metro Goldwyn Mayer Studio (MGM), where the creators William Hanna and Joseph Barbera worked, had tried unsuccessfully to imitate other studios that had created successful characters like Mickey Mouse and the Porky Pig.

The animators, both under 30, began to think of their own ideas.

Barbera said he liked the simple concept of a caricature of a cat and mouse, with conflict and persecution, even though it had been done before.

Puss Gets the Boot (translated into Spanish as “El gato se gana el zapatazo”) was the first animated short film they released in February 1940.

The debut was very good and earned the studio an Oscar nomination for best animated short.

And the success deepened when a letter arrived from an influential figure in the entertainment industry from Texas asking when he was going to see another one of those “wonderful cat and mouse cartoons.”

Jasper and Jinx, as they were originally called, then became Tom and Jerry.

According to Barbera, there was never any discussion about the characters not talking.

Having grown up with silent films starring Charlie Chaplin, the creators knew that the cat and mouse could be fun without any dialogue.

The music, composed by Scott Bradley, highlighted the action of the plot, and Tom’s “human” cry was played by Hanna himself.

For most of the next two decades, Hanna and Barbera supervised the production of more than 100 of these short films.

In the world, these Tom and Jerry films are considered the best, because of their excellent hand-drawn animation.

In the mid-1950s, when producer Fred Quimby retired, Hanna and Barbera took over the MGM cartoon department. It was a time of budget cuts.

Tom and Jerry is still very popular around the world. It can be found on children’s television everywhere from Japan to Pakistan, and a new game about them for cell phones has over 100 million users in China.

(With information from La República)