Stories of Three Cuban-Chinese Generals in the Cuban Revolution

Translated and edited by
Walter Lippmann for CubaNews. 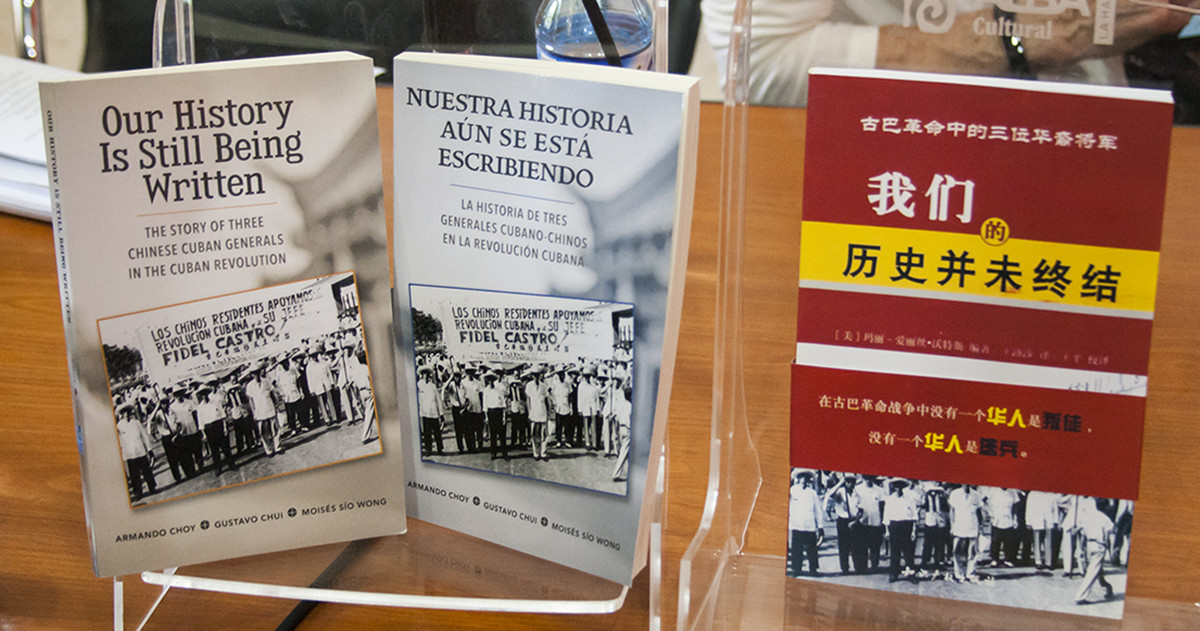 Our history is still being written. The story of three Chinese-Cuban generals in the Cuban Revolution is the proposal with which the American publisher Pathfinder brought to the 27th edition of the International Book Fair of Havana, in a second edition of the text, in this case with versions in Spanish, English and Chinese.

Originally published in 2006, the volume was enriched with new photographs and updated context information, according to Martin Koppel, editor of the Spanish-language version, during Tuesday’s presentation at the Casa del Alba Cultural.

The protagonists of these pages are Cuban generals Armando Choy, Gustavo Chui and Moisés Sío Wong (already deceased), all of Chinese descent, who, through a series of interviews, conducted by members of the publishing house for several years, share their experiences in the revolutionary struggle and important moments of the Cuban Revolution, such as the war in Angola or the harsh years of the Special Period. 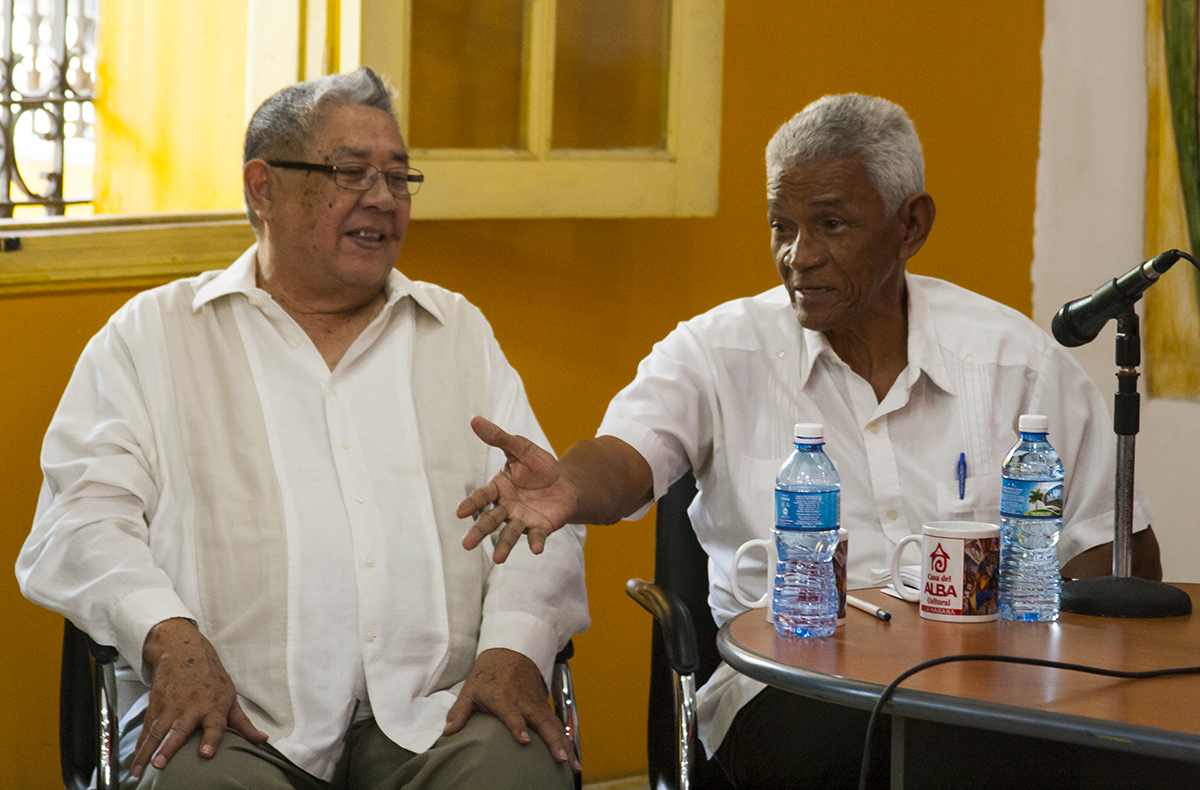 Something is very clear from the very first lines of this book of testimony: one cannot talk about the history of Cuba without mentioning Chinese participation in it.

The book is divided into three main thematic and historical sections. The first tells about the future of three young people and their incorporation into the struggles against the tyranny of Fulgencio Batista and the Revolution led by Fidel Castro. In addition, it offers a panorama, always from a personal dimension, of the formation of the Chinese community in Cuba.

A second chapter covers the years of Angola’s epic era between 1975 and 1991, and the implementation in Cuba of the concept of war of the whole people in the 1980s, following the aggressive escalation of the US government led by Ronald Reagan.

Up to the most current moments of the Revolution, the third and last section approaches, beginning with the start of the so-called Special Period. In this book, the reader will find anecdotes and reflections on the deep economic crisis that the Cuban nation went through in the 1990s, after the fall of the Socialist Camp, the search for alternatives and the relationship with the Bolivarian Revolution since 1998.

A fundamental principle is at the heart of the book’s pages, because from the fiber and the actions of its protagonists, we discover some Cuban-Chinese who believe that a better world is possible, but only with a socialist revolution.

One of the greatest merits of the text, according to Koppel, is the possibility of bringing together millions of men and women who changed their social reality and became different human beings. 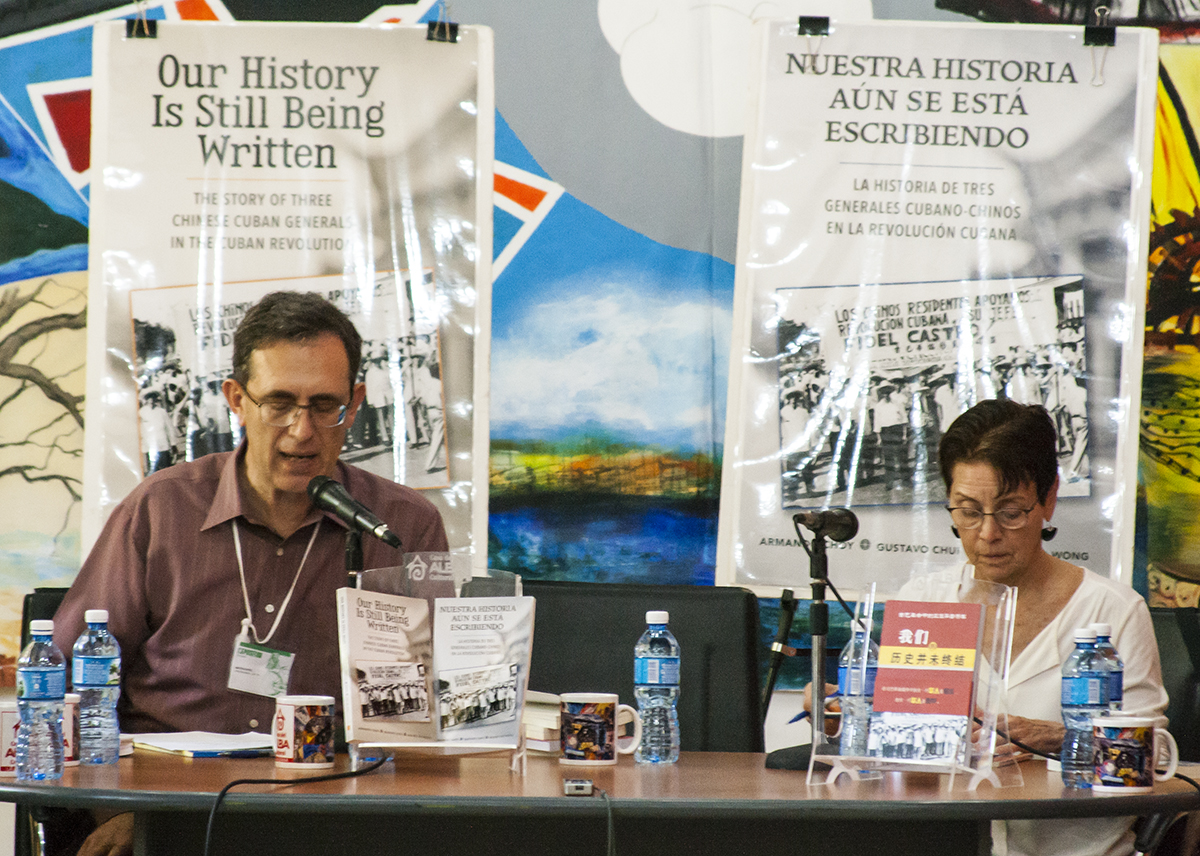 What began as an interview for the Socialist Workers’ Party newspaper in the United States in which the editors are active, became a major project, which lasted for several years and more than 12 interviews and ended up as one of Pathfinder’s best-selling and most popular books.

Mary-Alice Waters, editor-in-chief of the English-language edition and chief interviewer, spoke of the tremendous impact the book has had outside Cuba, mainly in the United States, Canada, Britain and Australia. No book published by Pathfinder in recent decades has been so widely disseminated internationally,”he said.

The work already has a significant track record, with presentations in more than 25 countries. More than 15,000 copies have been sold and it has translations into English, Chinese, and soon French, which guarantees its acceptance. In the case of the United States, it has presented itself in more than 20 cities and as many universities.

Along with all of the above, the editors consider that there are other reasons that make the book relevant: Through its pages readers will discover that Cuba was the first destination of large-scale Chinese emigration in the nineteenth century, will be surprised by the great participation of Chinese in the wars of independence against Spain between 1868 and 1898 and, Above all, it is clear that, unlike many countries in the world, discrimination and prejudice against Cubans of Chinese descent no longer exist, thanks to the social revolution that triumphed in Cuba in 1959.

Additionally, they point out that the Cuban Revolution, its beginnings, and most recent history continue to capture the interest of many people around the world, especially from a working class that seeks answers and alternatives to the crisis situation they have recently experienced and are still experiencing.

For General Gustavo Chui, this book is a tribute to Chinese emigration to Cuba in the 19th century, which fought tenaciously to settle in our country, assume its customs and participated in its wars of independence and social struggles in the compromised Republic. That’s why we say that our history is still being written, because from the contribution of our ancestors until today, we continue to be intertwined in every stage of Cuban history.

Chui added that although at first, they thought it was a book for Cubans, then they understood the importance that it could have outside the country, as it was a way to tell the story of the Cuban Revolution and transmit its message.

Cuban readers approached this publication through the Political Editor of the Party’s Central Committee in 2006, so this new presentation of Our History… offers the opportunity to acquire this title, currently sold out in Cuba, at Pathfinder’s booth in the San Carlos de La Cabaña fortress.

The presentation of this second edition was also attended by Caridad Diego, member of the Party’s Central Committee and president of the Friendship Society Cuba-China; General Harry Villegas (Pombo) and members of the Cuban Revolution Fighters Association and the community of the Asian country in the country.

Pathfinder publishing house brings together more than two decades of work with Cuban authors and has published more than a dozen books on our Revolution – which Martin Koppel considers an example for workers and young people in the United States – and its protagonists. 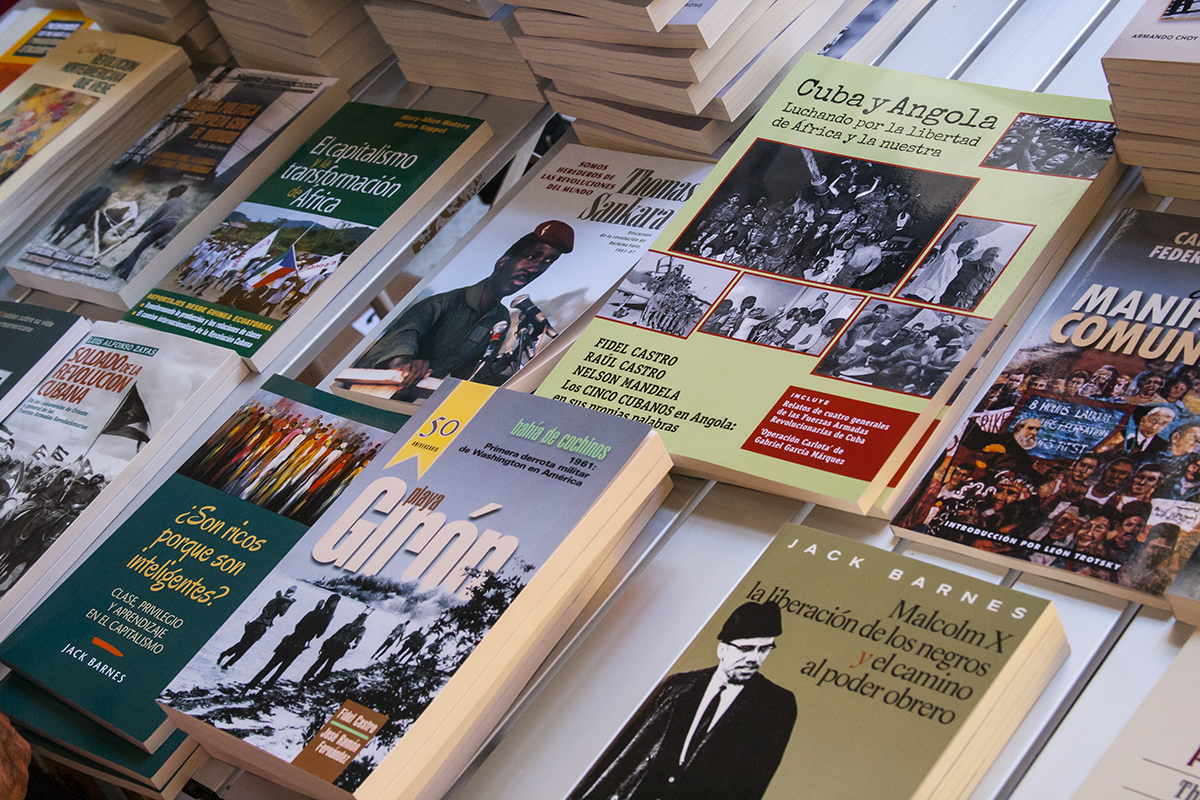 Other titles brought to the Fair this year by the publishing house. Photo: Maykel Espinosa Rodríguez 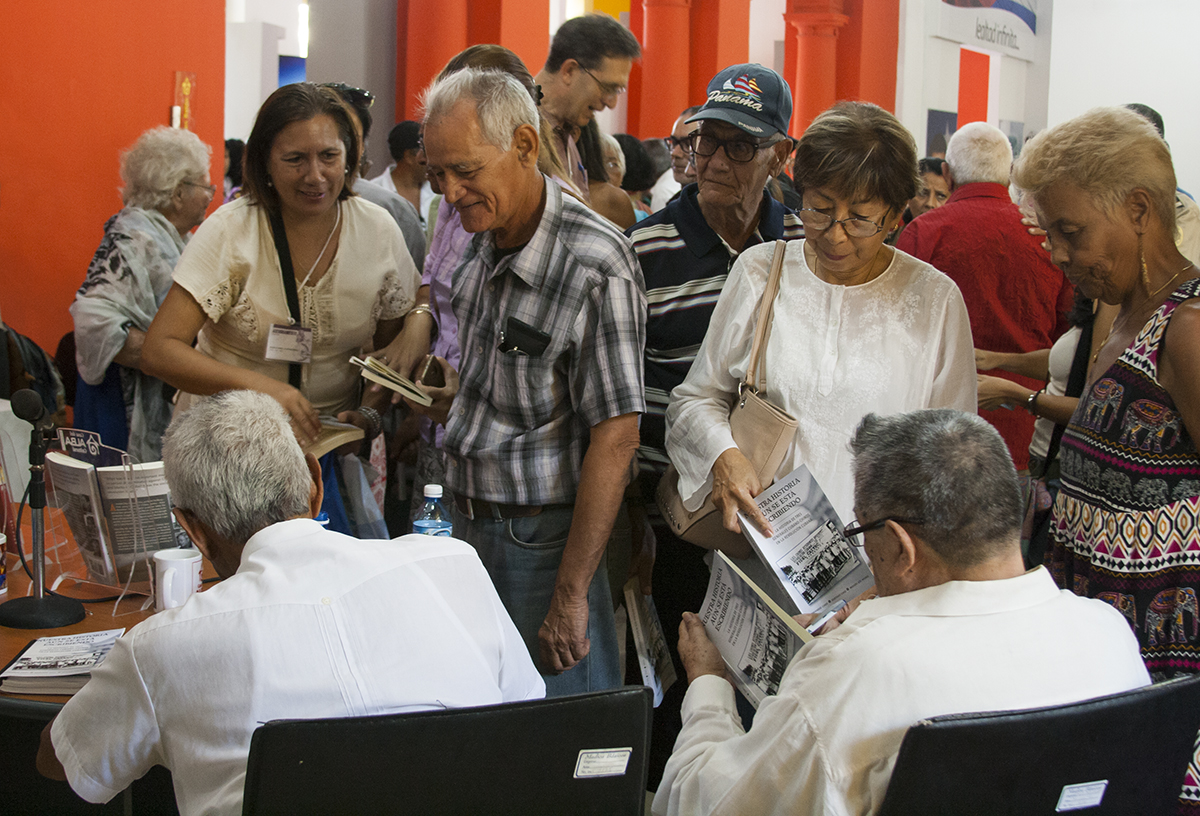 An avalanche of readers waited for the signing of these heroes in their books. Photo: Maykel Espinosa Rodríguez