Home Those who returned 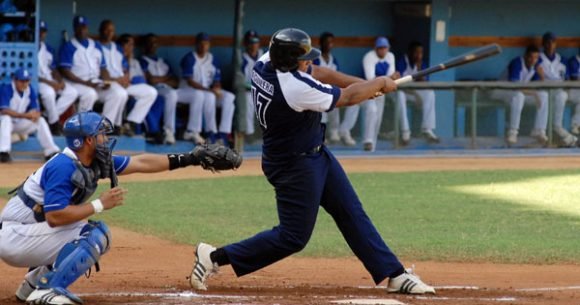 As of last February 16, it was admitted, through a circular of the Provincial Baseball Commission, the insertion in the 43rd edition of the Holguinera Provincial Series of the baseball players Lerys Aguilera and Yusmel Velázquez, who returned to Cuba before the historic agreement between the U.S. Major Leagues and the ball of the Island.

Those who are trying to sabotage the December 19 pact are deaf to stories like those of these boys, victims of human trafficking, but officially returned to the national sport, as evidenced by the fact that they represent their respective municipalities and are invited to the Holguin Stars Game, to be held on Dec. 31 at the Feliú Leyva Stadium in the City of Parks.

– “It’s inhumane what happens to you.”

An extreme situation is traumatic for any human being. That’s when the fibers of what’s made have to come out. This was experienced by Lerys Aguilera, when he decided to leave his country in April 2014 and try on another baseball. Before he emigrated, he was a consolidated figure in our National Series.

Born in Levisa (1985), Mayarí, province of Holguín, “El Búfalo”, at the time of his departure, had played 11 seasons on the Island and had 108 home runs and 434 runs-batted-in. Generally, he occupied the fourth wood of the holguinero representative.

“Really, I said it and I reaffirm it, because it is something inhuman that happens to you, you become a bait, a commodity. You risk your life, in the end you go through moments you can’t even imagine. In good Cuban, they are siren songs, they promise you and say a lot, but not even 80 percent of that is fulfilled. Unfortunately, I had to live that experience. It’s a good thing I’m still here, to be able to tell it.

– You also talked about your journey in the illegal boat trip.

“I wouldn’t do it again at all. I was in danger twice. I have no idea where we’re going. I almost drowned, even knowing how to swim, but I was in a situation in which, due to ignorance, the clothes, the backpack and other things I carried weighed heavily on me. If I don’t grab the boat well, I fall and nobody would wait for me, as the night was a wolf’s mouth. It’s unspeakable.

– What are the conditions of the Cuban baseball players who do not win contracts and live in the Dominican Republic? 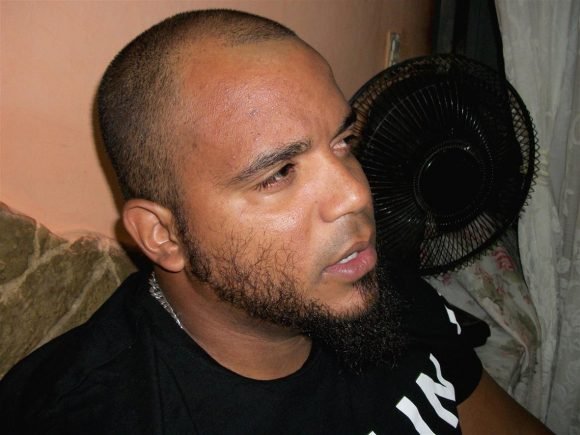 “It’s an odyssey what they live, we communicate continuously and it’s hard to be like this. When you can’t reach opportunities to play in the U.S. or elsewhere, everything becomes a save yourself. You have to do the unspeakable and work in jobs you’ve never done before, to have an economic income that allows you to survive.

“There are many young people who are in the Dominican Republic ‘eating a cable’, in good Cuban I tell you, having a tremendous job. Without support, without hope. I was able to receive help from many people, even before I left for Nicaragua, but not everyone is so lucky. It has been and continues to be difficult for the Cuban baseball players there.

– Many of them illegal?

“Yes, it’s the safest thing. What happens, most of them do their migratory procedures, stay, in Haiti. But once they cross into the Dominican Republic they become illegal. They are from here to there or they are deported. I managed to get my Dominican identity card, which I first saw as a way of being legal, but then it allowed me to be hired. On October 11, 2017, after coming into contact with the Boer Indians, I left for Nicaragua.

– Do you think that other baseball players can be seen with no apparent way out, like you?

“Of course, it’s desperate. When they cease to have an interest in you, everything becomes more complex. The issue of age can also marginalize you. I spend a lot of time thinking about everything I’ve been through. I had depressions and even tried to attack my life. I suffered from extreme hunger in the Dominican Republic and other very hard moments. I had to train on my own. Thanks to the Lord, those kinds of situations didn’t go to the extreme in me and I didn’t carry out my thoughts.

“What is being done now with legal hiring is a magnificent thing. The baseball players can return to their country without any problem. That’s the way I recommend. Ignore the propositions. The opportunities Cuba opens are the right ones. 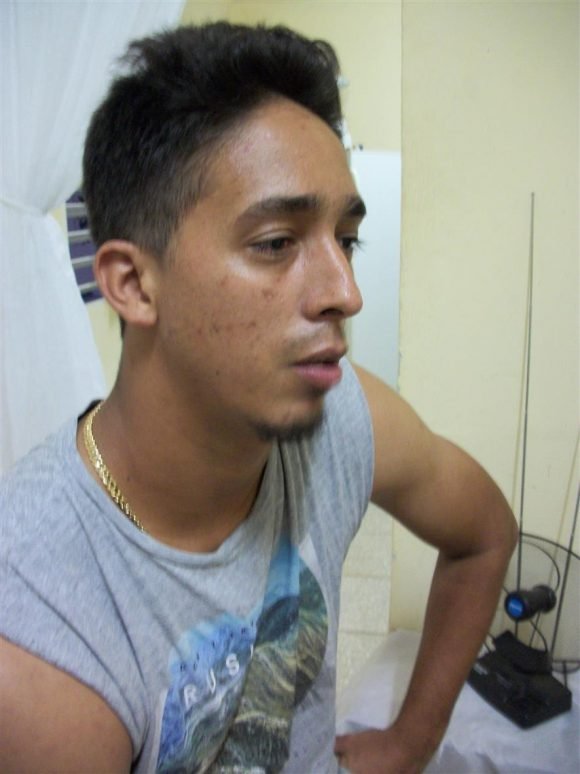 – Another Puppy in “return plan”

2015 was a record year in terms of departures of players from the country, legal or illegal. Some, such as colleague Francys Romero, put the number at 150. Among the baseball players who left Cuba was right-handed pitcher Yusmel Velázquez, from Holguín, who had played six National Series, with 34 wins and 35 failures, but at the time was already considered the puppies’ best pitcher.

Velázquez, 27, after entering Haiti three years ago on a risky sea crossing from Maisí (Guantánamo) and staying in the Dominican Republic, returned to his province.

“He had been thinking about returning for months,” he said at home in the City of Parks. The native of the municipality of Urbano Noris is on the island since last November 4, after arriving in the company of his wife and son. But that is present. The future can play a good trick on him.

– Why did you decide to emigrate, just when you were already the pítcher leader of the holguinero staff and perhaps you could have integrated some team Cuba?

“At that moment, I went out in search of better economic conditions. Knowing that I had had good previous years, such as when I made the pre-selection for the Central American and Caribbean Games Veracruz-2014 and, personally, I thought I deserved to be on the team, but I was left out.

“Then, we were told that those of us who had been eliminated were going to the Rotterdam Tournament and then I didn’t make the trip either, without any explanation. Everyone who plays ball in Cuba aspires to become a national team and represent the country. I was a little disappointed that, on so many occasions, I had been pushed aside.

There are still some who think that signing with a U.S. franchise is just a formality. How was your particular case in the Dominican Republic?

“It’s not easy, it’s too big a change. You get to a different baseball, you face difficult training, very different from what you did in Cuba. Sometimes you have to spend several months getting in the right shape, so the Major League teams can see your skills. In the case of pitchers, they have to shoot over 90 mph. I saw very few Cubans who managed to sign.

“There’s still a lot of work going on there, because it’s hard to get hired. I came to be in the form required by the franchises, but for reasons beyond my control, for people who decided for me, I couldn’t be signed. They were three years lost, although at the same time I do not deny that I gained in experience and learning, and perhaps, with the knowledge acquired, I will be able to be a better pitcher in Cuban baseball and help my teammates.

“To the boys who go that way, I say it’s complicated. That it’s an area where you can’t believe in everyone. They, who capture us, promise many things that, in the end, when you are there, are not fulfilled. There’s a lot of ambition for money and you depend on others.

“I was never foreign to the Holguín team, I always followed it on the Internet, I was watching it all the time. Since I returned to Cuba, I didn’t miss a game at the Calixto García Stadium.