Finally screened at the 41st New Latin American Film Festival, The Wasp Network (Olivier Assayas, 2019) makes it clear with historical objectivity that the Cubans who infiltrated counterrevolutionary Miami exile organizations  had the right to watch over their country’s security. 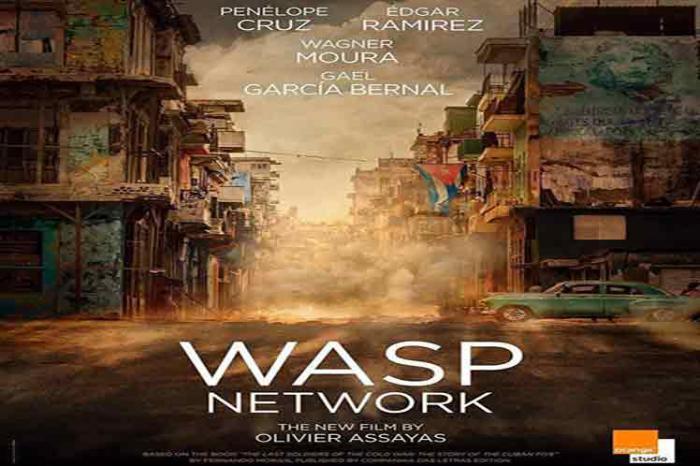 Finally exhibited at the 41st New Latin American Film Festival, The Wasp Network (Olivier Assayas, 2019) makes it clear with historical objectivity that the Cubans who infiltrated counterrevolutionary Miami exile organizations had the right to watch over the security of their country, and thus stop the wave of terrorist attacks of the 1990s carried out under the protection of the United States.

This is an important aspect to be taken into account in the film by the Frenchman Assayas, a prestigious director whose work is known in our country. He has made it possible to appreciate the sensitivity of an artist capable of tackling the most dissimilar human problems from intimate stories.

Based on the book The Last Soldiers of the Cold War, by Fernando Morais, Assayas himself wrote the script about a conflict that – it could not be otherwise – establishes who are the aggressors and who are the victims in a history that goes back half a century.

It was enough for the Miami counterrevolution, without seeing the film, only news after its presentation at the Venice Film Festival, to make a fuss and a pathetic warning: in those lands, the film couldn’t even show its head.

The theme of the Five Heroes and the stories that flow from it would allow us to make a few films and series. But in any work based on reality, there is a selection of events and characters, along with artistic licenses put into function of a dramaturgy and simplification of the plot. From Morais’s book, Assayas highlights what he considered pertinent to build a web of events that span several years and not a few intrigues. Although the film has been promoted as an espionage thriller, the director says that it is a historical vision conceived with the intention of capturing a feat that, after he learned about it it, captivated him.

It was advisable, however, to balance the tone and balance the conflict in such a way that a whole point of view in favor of the revolutionary cause did not prevail in a film with foreign funding and international distribution. Besides, the assumption of the political factor in any subject is always a reason for division of opinions and even entrenchments. These can be seen now, even, in “artistic” criticisms in which ideological positions against the “Cuban communist regime” stand out more than an unprejudiced practice of professional analysis.

But facts are facts and artistic honesty, although it is necessary to qualify, cannot be detached from them.

For this chronicler, The Wasp Network ends up being a film worthy and meritorious to see, which is not free of inconsistencies in its realization. Of these, the most significant, is the dispersion motivated by wanting to cover everything and explain more than necessary, taking into account the possible ignorance of the subject that an international audience could have. In this sense, the script resorts to leaps in time and an entry and exit of characters that leaves gaps in terms of purposes of the story and the lack of roundness of certain situations, such as the one concerning the flight to Cuba undertaken by the infiltrator Juan Pablo Roque (Wagner Moura).

Another debatable card -which for a Cuban spectator has nothing revealing about it- is the surprise factor that is intended to impregnate the infiltrators in Miami. It first, it makes them appear as traitors who escape from the Island and later, in their real function, a double game devoid of the dramatic force that, it is guessed, was among the director’s goals.

The Wasp Network is focused on the stories concerning René González (Édgar Ramírez) and his wife Olga Salanueva (Penélope Cruz, in an excellent performance).

Also the afore-mentioned Roque and the wife who is sought in Miami (Ana de Armas), each couple with their very particular love-political conflicts and was carried with considerable ease in the plot. Gael Garcia Bernal plays Gerardo Hernandez, leader of the group. It would be necessary to see the opinions that the real characters have regarding their characterizations.

The film efficiently reconstructs the terrorist attacks against tourist facilities, shows the maximum faces of the counterrevolutionary exiles and resorts to excerpts from the archives as a reminder that everything that counts comes from reality. This is how President Clinton and Fidel appear separately, towards the end, during an interview with an American journalist. Fidel is conclusive about the right of the most spied country in the world, Cuba, to know what the enemies are doing on U.S. soil to attack the Cuban people.

2 years ago GranmaCuban Five, movies0
Cobalt Could be Blue GoldBehind the Fantasy