Home The U.S. Has Many Problems

The U.S. Has Many Problems

America has a lot of problems, and Trump is targeting others.

Very serious in her assessment, Hillary Clinton said, “Our country is more polarized than ever. We ourselves have classified into opposite camps, and they divide how we see the world.”
Posted: Saturday 26 May 2018 | 09:56:09 PM 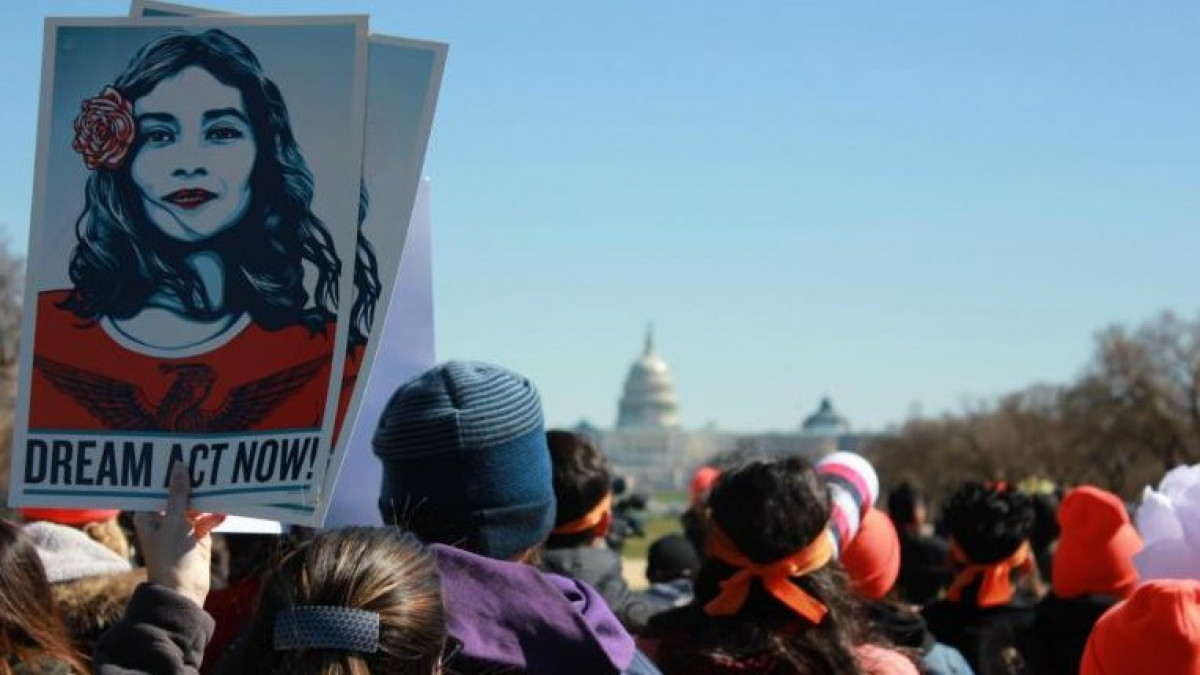 President Donald Trump did not miss the opportunity and in a message for May 20 – that day when the Republic began in Cuba, mediated by a Platt Amendment that reduced its independence and sovereignty in favor of the United States and its geopolitical and economic interests – he expressed the hackneyed message about a country that claims to suffer under a “tired communist regime.”

So boring that it is not worth paying much attention to the statement on the official White House website.

However, that same Sunday, Hillary Clinton, his failed Democratic challenger, who still thinks and regrets the mistakes she made in the 2016 elections, spoke to the graduates of Yale University – her Alma Mater in law school – and was adamant in judging the situation in her country and the main value that the U.S. leaders have hoisted against Cuba as if we were suffering from it.

“Right now, we are living through a total crisis in our democracy,” the former secretary of state said. “There are no tanks on the streets now, but what is happening right now enters the heart of who we are as a nation. I say this not as a Democrat who lost an election, but as an American afraid of losing her country.” 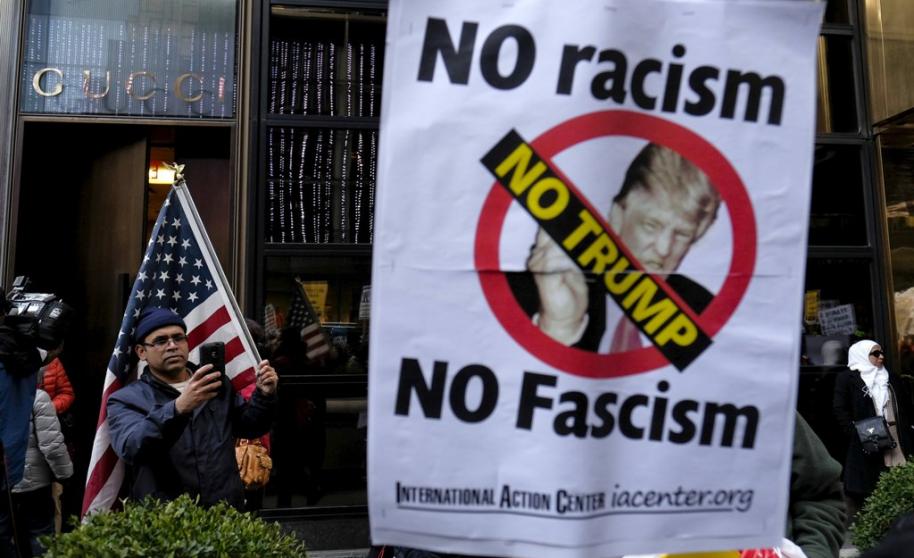 No racism, no fascism, no Trump. Photo: La Izquierda.

Very serious in her assessment, Clinton said, “Our country is more polarized than ever. We ourselves have classified into opposing camps, and they divide how we see the world. There are more liberals and conservatives than there used to be and less centrists. Our political parties are more ideologically and geographically consistent…. There are more divisions of race and religion than ever before…”.

Roughly she said: “There are leaders in our country who shamelessly incite with hate speech, who fear change, who see the world in terms of zero-sum, where if some are winning, others must be losing. That’s a recipe for polarization and conflict.

An analysis of the speech at Yale shows that Hillary seemed sadder than angry and – not mentioning Trump at any point, everyone present knew that he was the target of the references – appealed to the trials of other American politicians. But the vision chosen is not flattering; what is more, it falls into the category of a worrying warning.

For example, she chose quotations from a new book by former Secretary of State Madeleine Albright, Fascism: A Warning, and from two titles by Timothy Snyder, professor of history at Yale University: In Tyranny and The Road to Freedom.

As is well known, Trump has attacked certain sectors of the press and accused them of being propagators of false news to the point that the term fake news is already recognised without translation in almost all languages, and the day before, in a tweet, he had described Mrs Clinton as ‘dishonest’.

“To abandon deeds is to abandon freedom. If nothing is true, then no one can criticize power because there is no basis for doing so. If nothing is true, then everything is spectacle,” noted one of the former presidential candidate’s statements. That loudly sounding alarm was considered important by Mrs. Clinton, “because trying to erase the line between fact and fiction, truth and reality is a characteristic basis of authoritarianism.

And she didn’t limit herself to the opinions of Democrats, she also went to Rex Tillerson – who was recently appointed by Trump as Secretary of State – who, in a speech last week to the Virginia Military Institute, said that the United States was “on a path to renouncing our freedom,” if the leaders didn’t speak the truth. With pessimism to be reckoned with, Clinton said, “Maybe a little late, but he’s absolutely right.

And in today’s dissection of the United States, she continued: “There are certain things that are so essential that they must transcend politics,” and “evidence and facts that must alarm us all,” in what he called “waging a war against the rule of law and press freedom, delegitimizing elections, committing shameless corruption, and rejecting the idea that our leaders should be public servants undermines our national unity. 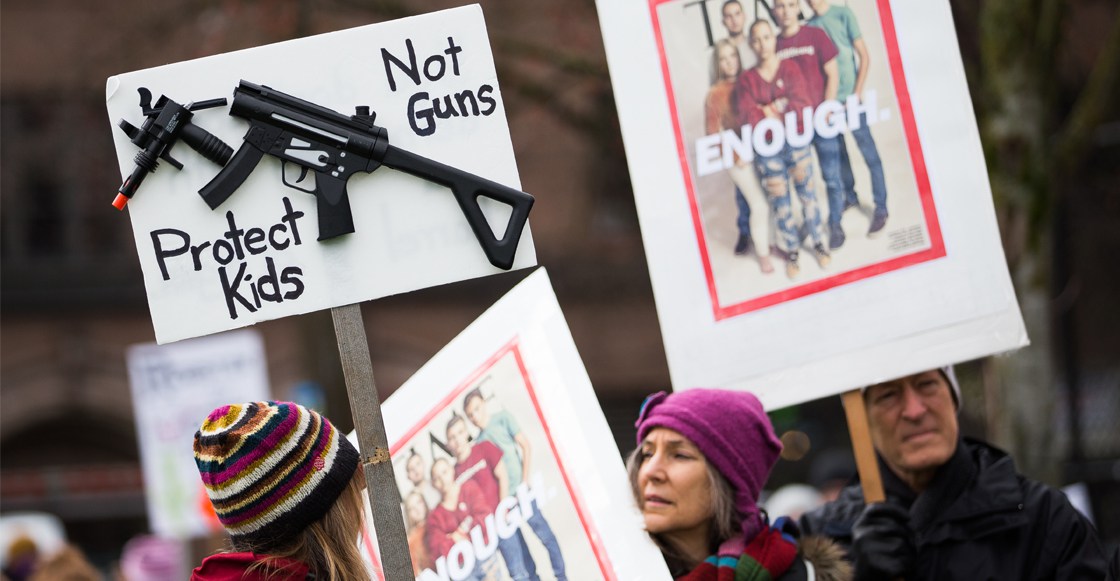 Marches for greater gun control have increased in the United States. Photo: GVE.

Of course, in the Clinton diatribe, the interests of a party, half-time in an election year lies behind, but the facts are the facts, and Hillary Clinton approached them from macroeconomic and social indicators: “You have learned that you don’t need to be an immigrant and be outraged when the father of a classmate… is unjustly deported” (…) “You don’t need to be a person of color to understand that when black students feel singled out and targeted, there is still work to be done. And you don’t need to experience the violence of a gun…. Enough is enough.

In the United States, children die in school because of the work and grace of an obsessive gun culture, dictated by the profits made by that industry and the politicians who respond to it because it fills their pockets. Trump is not the only culprit, but it is his turn to face it; however, it is far from his vision and interests.

More Americans die in these shootings than in the wars in which the empire is engaged, and no one doubts that life is the greatest of human rights.

A few days ago a black citizen was arrested for his Facebook messages against racist violence, and four students from the group that participated in an anti-gun demonstration in front of the office of Senate Chief Paul Ryan at the Capitol were also arrested, This clearly shows the lack of respect for freedom of expression that the empire’s administrator proclaims and protects its Magna Carta.

Judge Naomi Reice Buchwald, of the Southern District Court of New York, has just said that President Trump’s Twitter account is a public forum and blocking response messages with different opinions constitutes discrimination and violates the First Amendment to the Constitution; but a Justice Department spokesperson replied that they disagree with the court’s decision and is considering steps to be taken that will protect the president.

It was also reported that the National Security Agency (NSA), under the auspices of the Foreign Intelligence Surveillance Act (FISA), recorded more than 530 million phone calls in 2017, a dramatic increase in espionage from 151 million in 2016. 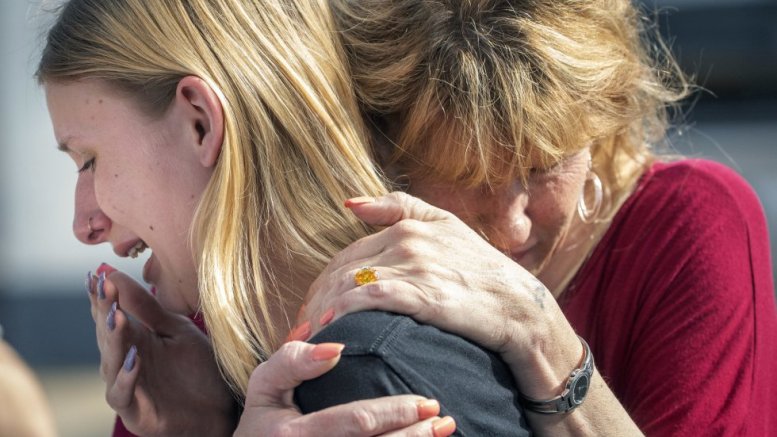 These are just some of the violations of those political and civil rights of American citizens, of the laws that privilege a government and a system of the rich and for the rich. Also, much can be said about the pressures, arm twists, unilateral sanctions, aggressions, wars and military interventions that call into question its self-given role as the perfect state, capable of judging and punishing others, and closing its eyes to its own domestic macro-problems and enormous flaws.