Home The Posadas Return to Havana

The Posadas Return to Havana

The Posadas return to Havana

Someone once said that there were no safer businesses than funeral homes and posadas (hot-pillow motels). The reasons are obvious: death and love are simply inevitable. However, their differences are notable: in the first, you cry, in the second you enjoy. 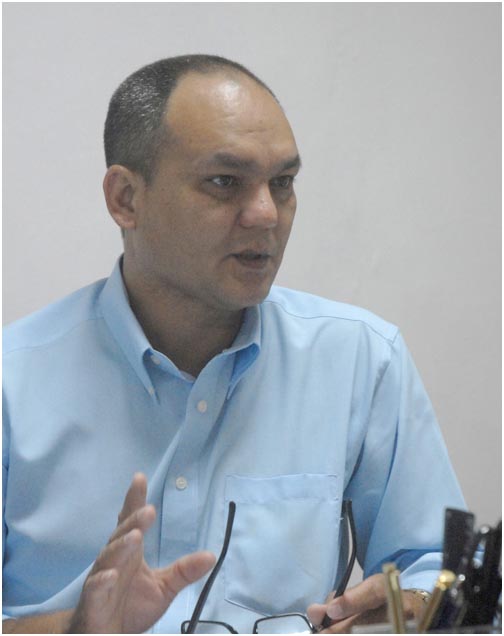 Alfonso Muñoz Chang, Director of the Provincial Lodging Company of Havana, said: “The main thing is to demonstrate that this purpose can be fulfilled.” Photos: Agustín Borrego Torres

With the exception of the very young, the most Cubans remember at least something about the posadas: be it one unforgettable kiss, or the call of the clerk indicating to the lovers that their time was up. After the first position on the island –Carabanchel– established in the late nineteenth century and located in San Miguel and Consulado, in a three-story building with 22 rooms and apartments with independent entrance from the street–dozens of such establishments flourished. The rite was always the same: the man took care of the front desk process while the woman, with her face turned down, stayed at a distance keeping her discretion.

There had been many in the capital but, according to press reports, there were 60 in 1973, and only 30 in 1989.  The truth is that despite long lines and the measures of “camouflage” that some developed in order not to be caught by prying eyes, the vast majority of people –myself included– wanted to go to these places because there we made love. “Villa Cándida”, “Dos Palmas”, “11 y 24”, “La Monumental”, “Edén Arriba” and “Edén Abajo”, “La Campiña” and many others, were names repeated furtively most of the time. They were open 24 hours and everyone knew their location, details and signs, although no one talked openly about them.

The posadas not only guaranteed a happy ending to the arrangements of interpersonal relationships, but were also an option for couples faced with the realities that were becoming more acute in the country, namely the lack of housing.  No one had any doubts about the convenience of having these establishments, and even tradition demanded to keep them.

But, by the 90’s of last century, in view of very evident economic shortages, it was decided to move the victims of hurricanes –persons who had lost their homes– to many (almost all) of these buildings. The remaining buildings faced the impossibility of receiving adequate maintenance, and suffered much deterioration. Little by little the posadas, or INIT motels [Instituto Nacional de Industria Turistica – today INTUR] as they were called, disappeared from the national scene. 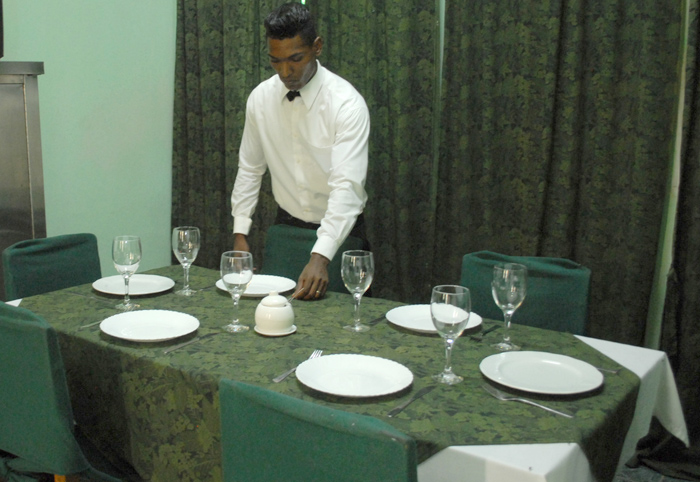 Among the services that the Vento motel will offer is a restaurant; perhaps one of the features that will make it stand out from the rest.

The new service will begin at Vento

The Empresa Provincial de Alojamiento de La Habana [Provincial Lodging Company of Havana] is in charge of an important network of accommodations in 27 different facilities in the capital where both natural and legal persons can today rent a room for a single night. This is the entity in charge of bringing about the reopening of the service the posadas used to offer: that is: lodging by the hour, with a minimum of three hours.

Except from the people who have a private room, own a house, or can pay for a night at a hotel, the rest can only afford hourly rents, parks, dark stairs, the beach or even the Malecón (seawall).

“This is a service that is now in the hands of private persons who provide the service lost with the famous posadas. We believe in the real possibility of bringing it back and developing it,” says Alfonso Muñoz Chang, director of the company. Today the couple that goes to a private lodging must pay the owner at least 5 CUC or its equivalent in CUP [Cuban pesos] –a high figure for the average Cuban– for three hours of amourous privacy.

Generally speaking, the room has air conditioning, a fridge, running cold and hot water and adequate comfort. Of course, that does not include beer at 1.20 CUC or more, drinks or a bottle of rum at sky-high prices, appetizers or some other finger-food to make the moment more pleasant.

Comfort, hygiene and privacy are fundamental in this business, private entrepeneurs say. This will undoubtedly be a challenge for the state-owned service, both in terms of price and comfort.

“We will start with the Vento Motel, on Vento and Santa Catalina. It is a two-story building with 16 rooms with bathrooms and other technical requirements, just a few meters away from where there used to be a well-known posada or Init motel,” said Muñoz Chang.”

“We are also working,” he added, “on other ideas to expand the service. From the old posada network we were also given the famous Monumental, a unit with 20 rooms and car parking space.”

We´ve been working on the project for a while and have already submitted it; but the funding is steep and we could not include it in this year’s plan. “We believe that by 2018 we’ll be able to undertake it. There is the will of the government in the capital to prioritize that emblematic place, which is not crumbling or anything like that, but needs work,” he said.

The Provincial Company director indicated that the strategy foresees –in addition to “Vento” and “La Monumental”– the recovery with equal purposes of “Edén Arriba” and “Edén Abajo”, as well as the “Motel Ocho Vías”, a facility that meets the indispensable requirements for this service. To think about diversifying the options for love is not a crazy idea: it is a reality that affects everyone and should not turn into a luxury item available only to a few.

“We can do many things as a company, but others equally important do not depend on us –he stressed. Our aim is to recover that in-demand service, of great social impact and, undoubtedly, very profitable. “The main thing is to demonstrate that we can fulfill that purpose at the state level, and although we are sure of succeeding, we do not want to create false expectations,” he concluded. 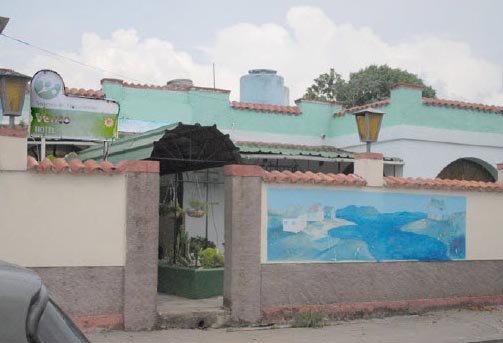 The Vento hotel has a staff of 28 workers, though that could decline after September when by-the-hour service begins. “It will be a very convenient service, plus the city needs it. Each room will have air conditioning, TV, refrigerator and phone, and we will have restaurant and food service. The workers, for their part, are very enthusiastic. After counting their results, they’re sure to increas their salaries, commented Maria Seerling, the current administrator.