Home The Most Difficult Time

The Most Difficult Time

The Most Difficult Time 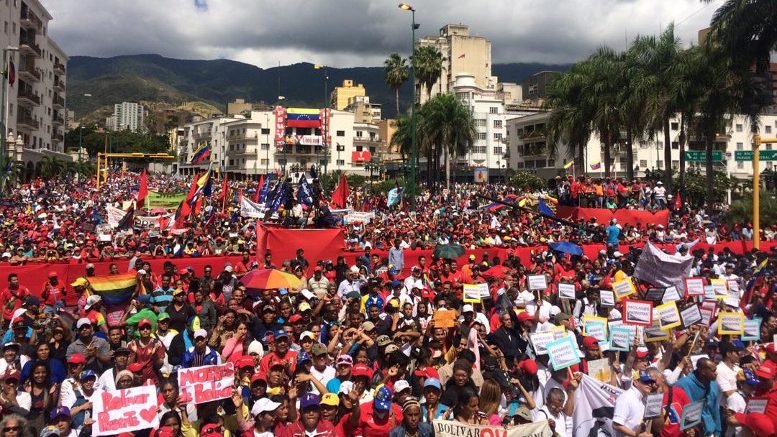 In December I saw people looking for food in the garbage… but it wasn’t Venezuela, it was the United States, not Caracas, but Los Angeles.

It’s clear that Venezuela is having a hard time. The question is why do the international networks and the channels of my country only report these cases in the Caribbean country and do not say a single letter when it happens in the lands of Uncle Sam.

I know of a country that imprisons children with officials who sexually abuse them because they are immigrants; but it is not Venezuela, it is the United States.

When millions of Colombians were fleeing the internal war and the criminal regime of Álvaro Uribe, both Hugo Chávez in Venezuela and Rafael Correa in Ecuador received them fraternally. In the reign of Donald Trump, in late February a complaint against his policy of separating immigrants from their children exposed the sexual abuse to which minors were subjected in captivity. Democrat Congressman Ted Deuch said 154 officials are accused of assaulting children in detention centers in the border area, where two children have already died. 4556 complaints from the Refugee Bureau supported his words.

I know of a country where the popular will is mocked and whoever gets to the presidency is not the most voted in the polls; but it is not Venezuela, it is the United States. Hillary Clinton got 2.8 million more votes than Donald Trump; but the incomprehensible American electoral system prevented her from occupying the White House. As former President Jimmy Carter put it, “The best electoral system in the world is that of Venezuela; the worst is that of the United States.

I also know of a country where one of its provinces has legalized work for 10-year-old children; but it is not Venezuela, the country is Argentina and the province of Jujuy.

I know of a country where there are thousands of opposition journalists persecuted, fired and harassed; but it is not Venezuela, but Argentina. The case of Uruguayan Víctor Hugo Morales, to whom the judges dependent on the Clarín Group and the macrismo fabricate causes left and right, is emblematic, but not unique. Among the most recent cases are those of the El Destape mobilist Lucas Martínez, beaten by the City Police, and the photographer of Página 12, Bernardino Ávila, who after portraying a woman taking a vegetable from the ground (during the so-called “Cuadernazo”) was detained along with other demonstrators for 11 hours.

I also know of a country where its president despises women, blacks, indigenous people and gay people; but it is not Venezuela, but Brazil. Recently, two members of the Landless Movement were assassinated, but neither Almagro nor Trump asked the government for explanations, nor did the large international chains of disinformation give them the space they would have given if they had occurred during the presidency of Nicolas Maduro.

I know of a country that is one of the most corrupt in the world; but it is not Venezuela, but Paraguay, with its eternal Colorado Party, a minimum wage of $370 dollars and an industry minister who boasts that half of Paraguayan workers earn less than that figure. As Oscar Andrade has pointed out, he did not say it with pain, but with pride and satisfaction. It should not be forgotten that the governments of Argentina, Brazil and Paraguay have been applauded by the Uruguayan opposition right-wing.

I know of a country where every four days a trade unionist is murdered, but it is not Venezuela, but Colombia. The denunciation was presented by the Central Unitaria de Trabajadores de Colombia before the International Labor Organization and the Inter-American Court of Human Rights, but impunity prevails. Threats are focused against union leaders in the oil sector, teachers and agriculture. Neither CNN nor Almagro have shown themselves with their souls split in two for these crimes that already imply a blatant attempt to exterminate trade unionism on the part of the right-wing and the Colombian business community.

I know of a country where anyone who dares to criticize the ruler, who, on the other hand, holds power without ever having been endorsed by the ballot box, is punished with imprisonment; but it is not Venezuela, but Spain. It is incredible that in the 21st century the monarchy persists, a real attack against the intelligence of the peoples of Spain, England and Canada, among others; but it is even more incredible that such monarchies pretend to teach democracy to their former colonies.

And I also know of a people that neither sells nor gives up, that neither breaks nor surrenders, that neither fears nor trembles, in spite of the permanent harassment and the immense power of its adversaries… but it is not that of Argentina, Brazil, Paraguay, Spain, Colombia or the United States…

It’s the one from Venezuela.

3 years ago CubaDebate, TranslationsVenezuela0
Yoga for Sexuality"We Speak for Those Who Can't Speak"