Home The Evil of the “Four Cats”

The Evil of the “Four Cats”

The Evil of the “Four Cats”

Explaining the reason why things happened, their meaning and importance, with solid arguments, were reasons that were countlessly laid out during the 9th Congress of the organization at the Technological University of Havana José Antonio Echeverría (Cujae). 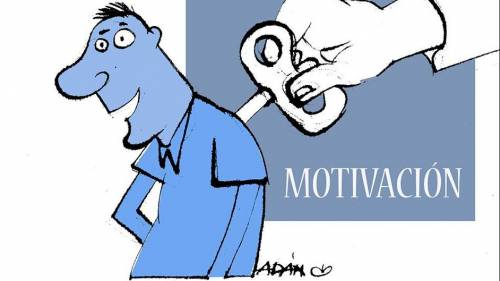 It is necessary to explain to the students the reason for things, their meaning and importance, and to do it with solid arguments, so that they know why they should attend the activities or be part of the processes or movements that the University Student Federation (FEU) has.

This was reiterated countless times during the 9th Congress of the organization at the Universidad Tecnológica de La Habana José Antonio Echeverría (Cujae).

As Felipe Alejandro Pérez, a student at the School of Automatics and Biomedicine, explained, apathy must be banished, increasing participation. And that can only be achieved by “infecting young people with the desire to do, with perseverance and personal example, having brigade leaders who motivate, convince, take on any sacrifice and strip themselves of inertia and formalism,” he said.

There were not a few participants who, like this young man, alluded to the fact that many times in the brigade, in the department and even in the university, activities are organized or certain tasks are called for and only three or four cats go, as they say in good Cuban. Faced with this reality, the student said, we have to better organize our processes.

In the same vein, Danhiz Díaz Pereira, president of the FEU in Cujae, stressed that the brigade is the essential cell of the organization and “in all our actions it has to be the most effective”. She added that the commitment of the members of the Federation is to make it more like them, through conscious and real participation in all processes.

Another topic of analysis was the Educating for Love initiative. It has been involving university students in alleviating teacher shortages in a number of provinces for several years. Yeslaisy Grandales Ferrales, a student at the Department of Mechanics, referred to this task as the most humane, far-reaching and socially-influential one in which she has participated, which means educating the new generations.

Olga Lidia Tapia Iglesias, a member of the Secretariat of the Party Central Committee, said that this task of impact, like others carried out by the FEU, demonstrates her concrete contribution to the economic and social development of the country. “Every day, she stressed, we have to think about how to become more useful, how to continue training a competent professional, who carries feelings, values and principles in keeping with the Revolution.

Not a few agreements emerged from the discussion: to promote university-industry relations that make it possible to train students in their skills. To propose to the departments that they hold a workshop on job placement, to analyze the need for the years in which the student is an assistant to be counted as seniority in the teaching category process and to strengthen other aspects of political-ideological work with new communication codes.

At the end of the meeting, Raúl Alejandro Palmero, president of the FEU, called on the students to act with the example and commitment of José Antonio Echeverría, and above all, to participate, because where it is not possible for the young person to get involved, share and motivate himself, the FEU loses its meaning, while if the opposite is achieved, the organisation becomes green.

“These are times to have a living Federation, which will continue to represent its members and do for the country,” he said.

TRANSLATION NOTE:
“Four cats” is a Cuban slang expression used when only a few people or none show up for an organized event. I’ve no idea what significance, if any, the number “four” has in this context.