Home The Audacity of Squeezing the Needy

The Audacity of Squeezing the Needy

The Audacity of Squeezing the Needy 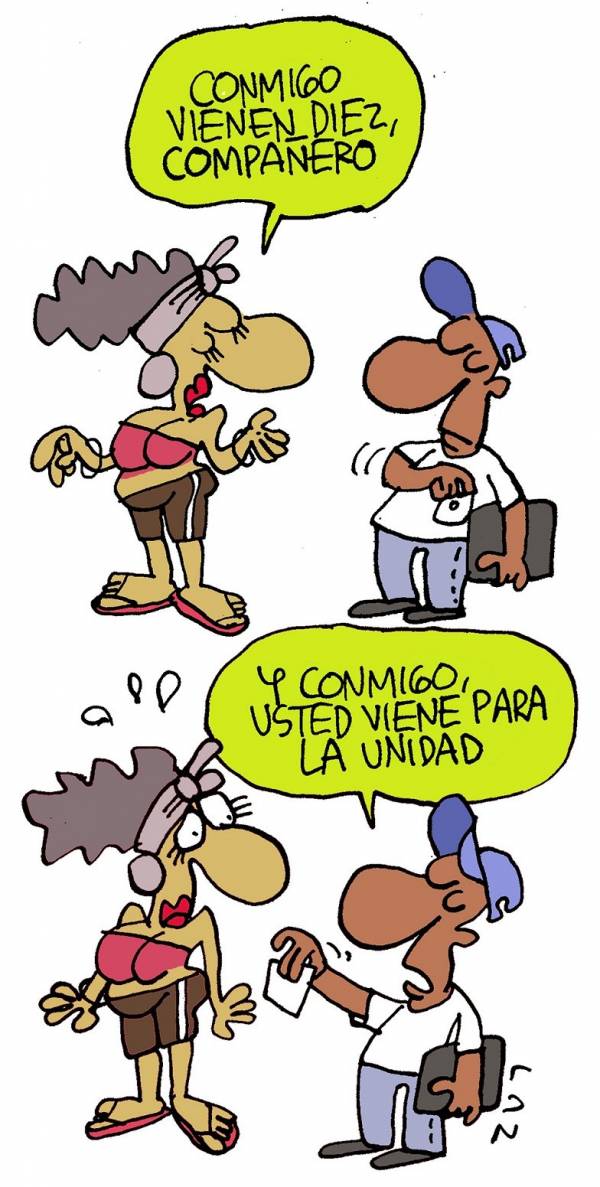 Money that is easy to obtain, like a raging river, incites the crime-prone to fish. And this true truiosm is, let us say it bluntly, even by the benevolence with which this phenomenon has been treated, more visible in the unbridled action of coleros and resellers.

This scourge, which is now in the public eye, is multiplying the weights, squeezing the needs of our neighbors to the utmost, who sometimes, with no other alternative, have to die in their unhealthy hands.

They go to the extreme of wanting to justify their illicit business with the impudence that they are solving a problem for the people when, in reality, this practice harms the official market, the population and shows an unacceptable disrespect for the Law.

To finish off this trilogy, as if it were derisory, it is complemented by hoarders who operate in the wholesale market offering wholesale merchandise.

They often do it with the desired results on the employees of establishments and, who knows, with whom else, to explicitly obtain goods without the bosses noticing.

But they also capture people, weight for weight, to turn them into coleros and resellers, preferably women, elderly people and even the disabled.

Let’s recapitulate: this scaffolding has its categories. The highest-ranking is the great hoarder, but there are the coleros, who operate on their own, and the pot workers, those who put up the money for them to hoard and then give them a profit for resale.

In recent times, the authorities have intensified the confrontation against these people who have made living a la izquierda [literally, “on the left”, but meaning outside the law, wl] their lucrative essence, while the wise tribune on the street expresses satisfaction, because they approve, as in any place, of that protection that should be imposed by the authorities in the face of those who break the law.

But so untouchable do many of the transgressors believe themselves to be that their obfuscation prevents them from feeling that the noose is being pulled to stop this disorder attributed to scarcity, a half-truth, because nothing can justify immorality.

Here is an example of what is being done: for crimes related to illicit economic activity, disobedience, hoarding and the spread of epidemics, around 1,285 coleros have been prosecuted in Cuba since the beginning of the COVID-19 pandemic last March, according to a report published on the website of the Ministry of the Interior.

That figure has been broken down and prophylactic measures and fines have been applied. Others have been charged with the crimes of illegal economic activity, disobedience, hoarding and the spread of epidemics.

With the thunder falling on some and blinding others with the glare of lightning, the only thing advisable is to avoid turning a deaf ear to the very clear message from the authorities that illegalities will not be allowed, because they can simply compromise the daily course of our society.

Let no one think that this is just a momentary action and everything will return to normal, that is, let it be done and undone.

The people even want the laws to be tougher against all these illicit actions, so that anyone who has the idea of throwing himself into the dark labyrinth of living outside the law will think twice. It’s that logical, that simple.

1 year ago Juventud Rebeldeeconomic crime0
Pain and Pleasure in ChildbirthRosa Luxemburg: A Rose Plucked by Betrayal