Thousands of teachers in the U.S. demand better salaries and more funding for public schools

Several hundred public schools remained closed this Monday, either because of spring break, or because many teachers decided to leave and their districts allowed them to participate in the mobilization. 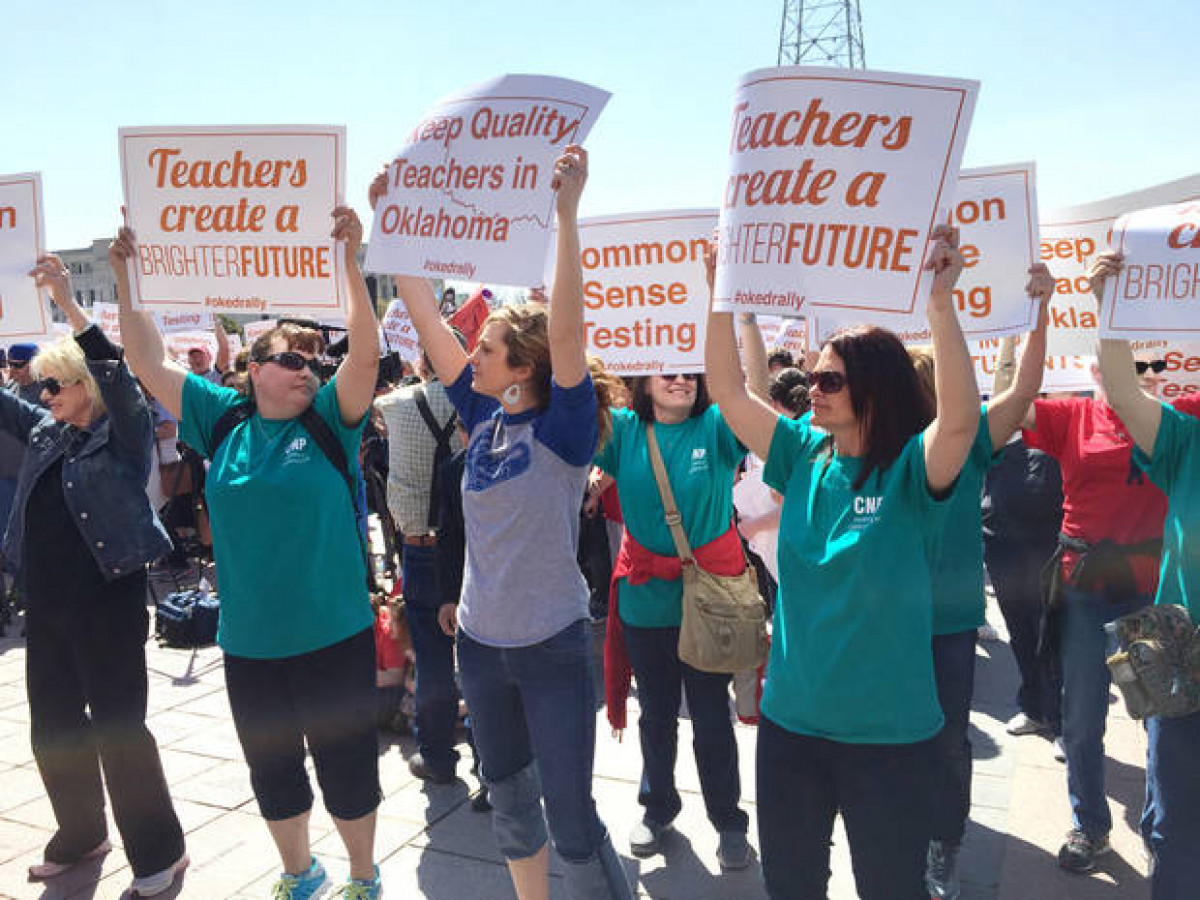 WASHINGTON, April 3. Tens of thousands of teachers in Kentucky and Oklahoma came together yesterday in their state capitals to demand more funding for education, salary and pension improvements.

According to USA Today, 120 public schools in the first of those territories remained closed on Monday, either because of spring break, because many teachers decided to leave or because their districts allowed them to participate in the mobilization.

“Stop the war on public education!” and “Enough is enough,” the Kentucky teachers shouted outside the state capitol in Frankfort, where they protested against a change to their pension system and cuts to education funding.

Teachers oppose a bill passed by the state legislature last Thursday and demand that Governor Matt Bevin veto it.

If the Republican politician signs the legislation, it will phase out defined benefit teacher pensions and replace them with hybrid retirement plans that combine the characteristics of a traditional pension with the 401(k) accounts used in the private sector.

In addition, retired teachers in Kentucky do not receive Social Security benefits, so any freezing of their pensions affects their total retirement income.

“Today we notify you that if you don’t pass a budget that protects Kentucky’s public services, provides adequate funding for schools, then we will vote to remove them from office,” Stephanie Winkler, president of the Kentucky Education Association, told the crowd.

According to ABC News, members of other public employee unions, including those representing firefighters, police, plumbers and pipe fitters, joined the teachers in a show of solidarity.

In Oklahoma, meanwhile, protesters demanded a higher wage increase for teachers and support staff and an increase in funding for education, which plummeted 28 percent in the last decade, according to the state teachers’ union.

The Oklahoma protest comes despite Republican Gov. Mary Fallin signed a law last Thursday that gives educators – currently at $45,000 a year – an average wage increase of $6,100.

Even with that increase, Oklahoma’s teachers would earn below the national average for public school teachers, which is $58,950 a year, and only surpasses those in Mississippi and South Dakota.

“Finance education”, “They are starving our schools” and “Mourning for public schools”, was read on the posters carried by those attending the protest.