Home Talking about the Party (III)

Talking about the Party (III)

Talking About the Party (III) 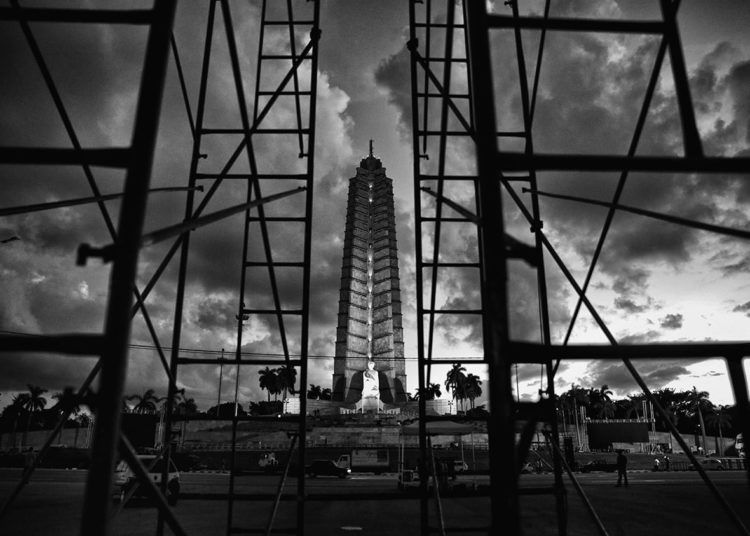 We cannot determine today how the republic would have been born or what would have happened to the Cuban Revolutionary Party, had Martí survived. What we do know is that his art for understanding and alliances between such diverse actors in pursuit of independence was a precedent to unite the political forces that conquered revolutionary power, and consolidated them, despite their differences, in the same Party.
To the distinctive features I have already mentioned with respect to other communist parties, I will add three that also differentiate the Cuban one, often overlooked in this happy world of digital networks where everything is “known.” It never received directions from Moscow. Its Marxism was focused on anti-colonial and national liberation alliances (other than armed struggle). It has survived a dangerously close superpower, which forced it to create a defense and security apparatus, and blames it for not admitting an opposition sponsored by itself [Washington]. The latter differentiates it, let us say, from the Communist Party of Vietnam, where opposition groups and media are imprisoned, and with which the US and its allies maintain the best relations.
This Party has not been equal to itself. Among the requirements for joining its ranks that I mentioned earlier, relations with émigrés, including close relatives, and religious beliefs were also disqualifying. In a very long speech to the party members in 1979, Fidel Castro explained the reasons for no longer considering those emigrants as enemies [1]. The IV Congress (1991) would agree not to “deny admission to the Party to a vanguard revolutionary because of his religious beliefs”. Naturally, many militants, educated in atheist Marxism-Leninism and in the idea that all those who left had sided with the enemy, accepted the new policies, but not always, in their inner self, assimilated them.
In the Central Report to the 1975 Congress, the working class was mentioned 34 times and the Party as its vanguard 6 times. The 1976 Constitution would define it as “the organized Marxist-Leninist vanguard of the working class” (Art.5). However, the Resolution on the Statutes of the IV Congress, fifteen years later, characterized it as a party “of the Cuban nation,” as well as “Martiano, Marxist and Leninist,” instead of “Marxist-Leninist,” a concept belonging to the Soviet manuals and officially adopted until then.
When the 1992 reform incorporated this new formulation, it seemed as if almost nobody, inside or outside, had noticed. Perhaps because we were in the free fall of the Special Period; or because by then it was obvious that the workers’ party condition had not propped up the “popular democracies” of Eastern Europe and the USSR. Perhaps it was because the 1992 reformers, in the spirit of continuity with the Cuban revolutionary ideology, decided not to call attention to this reformulation, along with the suppression of references to the USSR, among other substantive arrangements to 43% of the articles of that constitution. 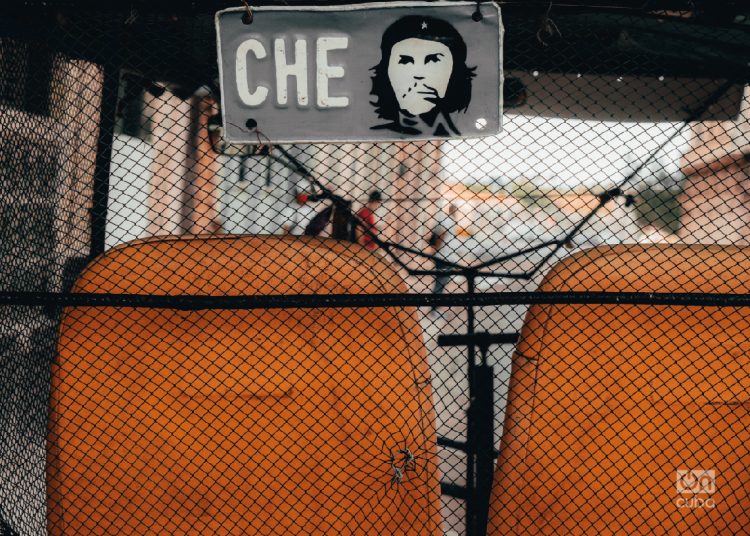 The historical narrative of the process tends to ignore the fact that we have gone through very different policies at each stage. These included government teams and “prime ministers” (or their equivalents), as successive administrations elsewhere might be. In addition to the ideological changes noted above, there have been changes in economic policy, conceptions of democracy and approaches to its functioning, application of cultural policies, national security and defense strategies, as well as the emphasis on foreign policy and the architecture of international alliances.
Without space in these notes to illustrate each one, I will limit myself to pointing out the very different ideas and practices that presided over each economic cycle:
From a first decade (1959-68), in pursuit of a model different from the Soviet and Chinese ones, and never fully implemented, which would allow almost 60 thousand small and medium-sized enterprises to still be private, some of them very well in sync with the dominant state sector.
This was followed by passing through a Management and Planning System patented in the USSR (1975-85).

Then a “rectification of errors and negative tendencies” (1986-91) of this system, interrupted before establishing a new one.

Then, a package of emergency measures (1993-96) to overcome the crisis of the Special Period, almost unchanged for more than ten years of uncertain recovery.

This continued until the beginning of a program of structural reforms called Updating the Model (2011), which produced nothing less than another conceptualization of socialism, economic guidelines and a new Constitution.

In this last, a mixed economy model is advocated, property relations are substantially modified, the private sector and the market are legitimized, and the most radical decentralization of the system is proposed -almost everything still pending implementation.

While perhaps some economist friends would argue that in none of these cycles did the state cease to rule the economy, ordinary citizens could probably recall the sensible differences of each in their daily lives. I leave it to the followers of the theory of generations to explain how all these cycles could have taken place with the same “historic leadership,” whose last representatives are on their way out.
To compare the composition in the ranks and leadership structures of the Party, and to analyze how they have evolved and what the changes mean, I prefer to wait for the VIII Congress to pass. I will limit myself now to pointing out that the transformations in its composition mirror those experienced by Cuban society in the last decades. 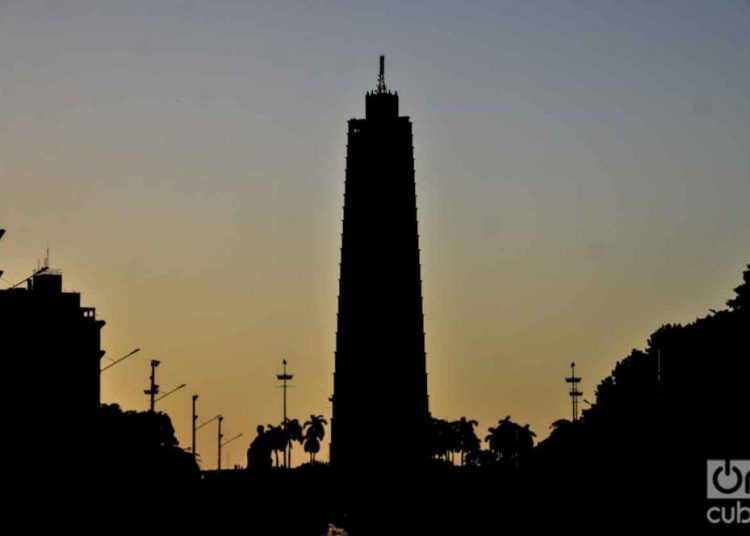 According to the figures of the VII Congress, the Party had 670,000 members, 13% less than five years before. Added to the 405,830 of the UJC (2012), they were still a very high number with respect to the population and other political parties where it is enough to register, according to those figures in Cuba, out of every 4.5 people of working age 1 is a PCC militant. In its occupational structure, professionals had been the most represented sector (41.6%), above leaders and workers. A quarter of these professionals, equivalent to 11.1% of the total number of militants, were teachers.

The entry of five new members to the Political Bureau at the VII Congress had already lowered the average age from 70 to 63. This PB was the first one where the positions by professional profile (9) -defense, economy, diplomacy, public health, science and technology- exceeded those of career political leaders (8).

Among these political cadres, 5 had led in the provinces, and 3 joined the PB under Raul’s command. Contrary to what is repeated, more military personnel did not enter, but left, and those who remained were already there before Raul’s command. This pattern, which leads provincial leaders of the PCC and the People’s Power to the highest national level, is also part of his legacy.

Probably, this pattern will be maintained in the leadership bodies to be elected by the VIII Congress. The number of women and non-whites, as well as provincial leaders, will increase. Very surely, the age of the Political Bureau will decrease again: the outgoing First Secretary will soon be 90 years old, and the incoming one will have barely turned 61 when taking office. If the number two were a non-white woman or a provincial leader, known for their popular roots, everything would fit.

A friend of mine says that he doesn’t care about the age, color, profession, or even gender of those who lead, as long as they adopt intelligent and effective policies. I don’t know how many people think this way. Still, even if its implications for equality of access and opportunity among diverse groups were to be overlooked, the proximity of profiles between militancy, leadership and society is by no means irrelevant, if only as a point of linkage between the society and its political institutions.

Throughout my life, I have known many Party militants, and not a few leaders, from the local level to the CC and the Political Bureau, including the historical generation. Although I can identify common traits among many of them, their diversity is more revealing to me. Let us say that it would not be difficult to find two Party militants with ideas more different from each other about socialism, its problems and how to solve them, than any Democrat and any Republican with respect to the system of the North.

One of these militants could affirm, for example, that such differences weaken the unity necessary in a Party “of steel,” which assures sovereignty and independence, confronts the internal and external enemy, by force if necessary, and serves as an example to the younger generations. The other would say that, for a democratic socialism, public debate of these differences strengthens a Party that should be flexible, adapt to the historical moment, and apply political solutions to political problems, instead of the simple use of force.

My two militants, who could be 35 or 70 years old, would agree on many other things: the Party could promote a better citizen democracy; sovereignty, social justice, equity and human dignity are non-negotiable. Our system, with its flaws, surpasses any capitalism. However, the two might disagree even more if I asked them what to do in economic policy, how to discuss and legislate in the National Assembly, what are the limits of expression in art, or what they think of the Party-oriented media. Probably, both could cite the historic leadership to support their arguments.

If socialist policy generates judgments like those of my two militants, shouldn’t they be expressed in the Party press? If that policy claims to channel the dissent of society within the framework of established institutions, and if these, in order to remain unique, should be “the most democratic in the world,” should not a legitimate space be provided for a loyal opposition, within the socialist ranks, even if it disagrees with certain policies?

In an increasingly diverse society, thinking creatively about the continuity of this unity would contribute to place – to paraphrase Cintio Vitier – “the devices at the center of the flower.”