Home Taking care of my health, and yours

Taking care of my health, and yours

Taking care of my health, I take care of yours

People over 59 years old and children under one year old are essentially symptomatic, but the rest can carry the disease without being suspected. That is why it is vital to respect to the letter the established biosecurity norms 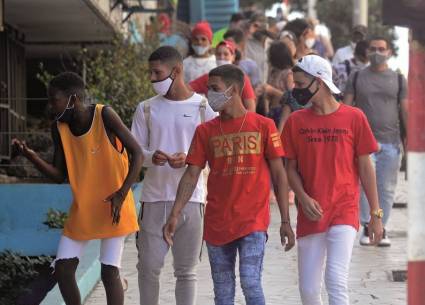 Young people are the ones who most often transit as asymptomatic. Author: Abel Rojas Barallobre Published: 19/01/2021 | 12:03 am

Where were you? Who did you meet? These and many other questions make up the survey that, with rigor and specificity, is carried out on each person who, confirmed as positive to COVID-19 or as a suspect, arrives at a hospital in our country.

It seems routine, but it can be very overwhelming, both for the patient, who suffers from that indescribable mixture of fear, uncertainty and anxiety; and for the health personnel who, with the required clothing, approach him/her without wanting to violate the health protocols, although with the desire to make him/her feel better.

This is what Niurka Molina Aguila, a specialist in II degree in Hygiene and Epidemiology, tells us, who carried out numerous surveys of this type as part of her work at the Pedro Kourí Institute of Tropical Medicine (IPK).

“Do you know what is the most important and, at the same time, most overwhelming, especially for the patient? It is necessary to answer these questions by appealing to the memory as accurately as possible because it is urgent that the answers refer to the 14 days prior to detection. This is the only way we can properly follow the transmission chain,” she assures us.

It is hard to imagine, but this is the day-to-day work of epidemiologists and other specialists who have been working for months in the midst of a scenario as hostile as the one imposed by COVID-19 on the world.

“The greatest danger of this disease lies not only in the very act of suffering it, but in asymptomatic people who, precisely because they do not feel anything that alarms them, carry out their usual activities and have contact with others, and become carriers with the same risk of transmission as those who do manifest the symptoms.

“Who are these asymptomatic people? You, me, that one, her…, but fundamentally the young people. People over 59 years and children under one year are essentially symptomatic, the rest, adolescents, young people and adults of less age, can carry the disease without suspicion. Til/khat is why it is vital to respect to the letter the established biosecurity norms”.

I do not feel, but I suffer
Based on research carried out at the IPK since last year (which has not been published), when cases of the disease began to be reported in the country, it has been assessed during all this time that about 63 percent of the people identified as positive were asymptomatic. This figure, logically, increases as contact searches are carried out through active surveillance, that is, through research.

The also Master in Infectious Diseases specifies that this study covered Havana, fundamentally, but it will continue to evaluate the results according to a better work of prevention and control of COVID-19. “The disease has been known gradually, as people have become sick.

“Much is still unknown, and so describing symptoms is complex. We already see that sometimes the loss of taste and smell are the only symptoms, even, of the disease. Until it was proven in several patients, it could not be described as an associated symptomatology, and this has happened with other aspects.

“The main thing is to respect the established sanitary norms. We cannot get tired of repeating them and enforcing them, because it is the only way we have to make it clear that this disease will not disappear completely, but rather that we will live with it as a seasonal disease, like H1N1 or others.

-Even if they are asymptomatic, can these people suffer from the sequelae of the disease?

-Yes, it is possible. The sequelae left by COVID-19 have already been described in healthy people who suffered from it. Having symptoms or not, does not necessarily condition the appearance of the sequelae, but when in doubt it is better to avoid contagion.

-The vaccine is the hope…

-Because of our human condition, we need hope to move forward. Certainly, we are anxiously waiting for the vaccine, but the population must know that every vaccine has a time to raise the immunity of the organism. That we vaccinate ourselves today does not mean that tomorrow we are already immune to the virus, especially when new strains are reported from time to time.

“There are vaccines that require two doses, and completing the cycle is essential. However, from the appearance of new strains, it is preferred in not few cases to delay the application of the second dose, and this prolongs the immunization process”.

The doctor, also researcher and assistant professor, underlined that until there is not a high number, very high of vaccinated and immunized people, one will not be out of the greatest danger and never absent completely.

The Cuban population must be informed and correctly oriented, based on the results of the researches carried out and the patients’ reactions when they receive the vaccine.

“I do not intend to alarm, but it must be taken into consideration that another new strain of the virus may emerge and the vaccine may not have the capacity to face it, so it will be necessary to continue studying and creating.

“The health measures that are so much repeated today in the different media are for life, because from now on the world will no longer be the same as the one we knew before the pandemic.

“The family must insist on their children and demand that they respect these measures, because one of the greatest dangers of this pandemic is that health services will collapse, as has happened in other nations. Not only do they collapse because people get sick, but because they don’t avoid getting sick. 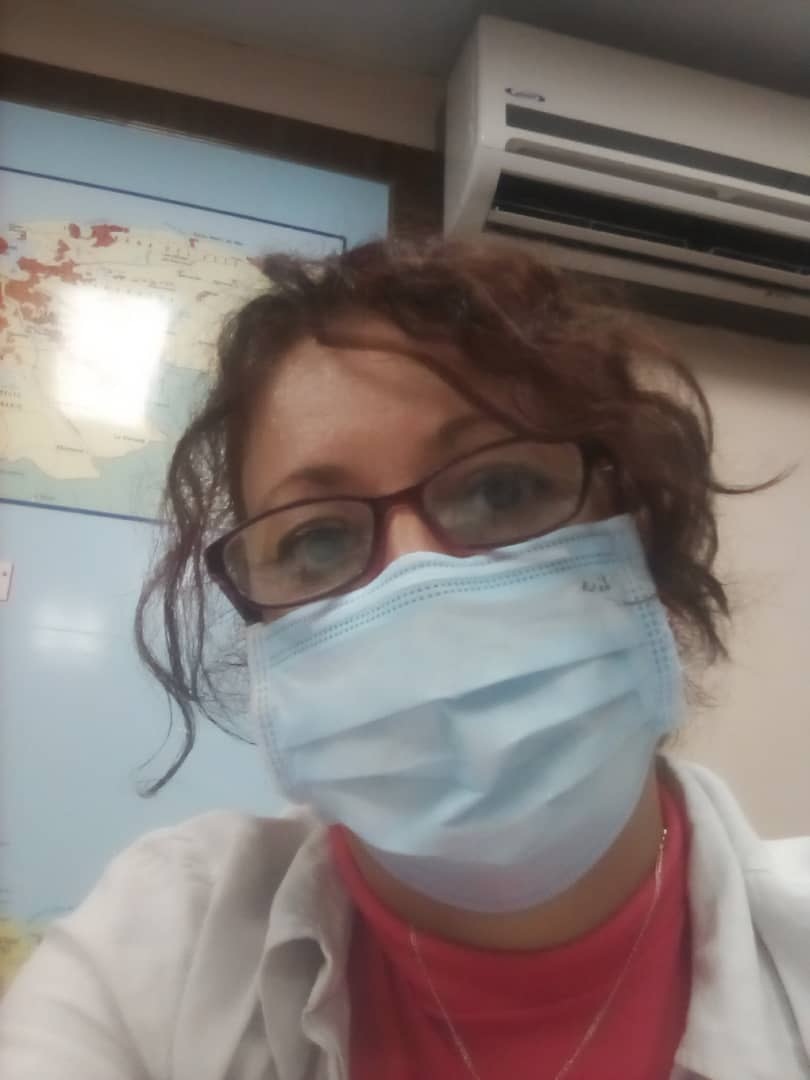 Niurka Molina Aguila, specialist in II degree in Hygiene and Epidemiology, researcher at the Pedro Kourí Institute of Tropical Medicine Photo: Courtesy of the interviewee

Molina Águila also mentioned the process of surrendering patients as convalescents. “Many times it is the time to complete the questionnaire that, when they first arrived at the institution, they could not continue with its completion”.

She emphasized that we should not go to closed places or places where crowds predominate, that the nasobuco should be worn correctly, that frequent hand washing should be deep, that when coughing or sneezing we should protect ourselves with our forearms, that we should maintain distance between one person and another.

“You, me, him, her… any one of us can transmit the disease without knowing it, and that’s what you have to understand. To the extent that someone who lives with other people takes better care of their health, their love and integrity cannot be questioned. These are not times to love as in the old days, but to demonstrate that by taking care of our life, we take care of the lives of others.