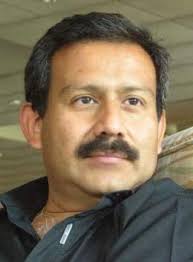 Inconceivable branded a “terrorist” by the US, they diverted the Air France he was traveling on so it wouldn’t cross over US territory. Now, for the same reason, they made him change flights before boarding.

Because we have become accustomed to living with an arrogance that has triggered two wars, it doesn’t surprise us that Washington has allotted itself the prerogative of including countries, organizations or innocent people in its “terrorist” lists.

But what is really unbelievable and is apparently an escalade into the absurd is that one of those people (without even having been notified of such charges!) has been forced in two consecutive instances to change the course of a trip because he “has been forbidden” to fly over United States territory.

Mind you, we are not talking about touching or stepping on [US soil]: it is simply the act of passing a thousand feet above it. Even when the subject- of course, unarmed! – and, without looking down, is only reading a newspaper, comfortably sitting in an airplane.

Now, sitting in front of the reporter, with that clear and candid smile that always accompanies the Colombian journalist and researcher Hernando Calvo Ospina, “the defendant” is still surprised.

The first time was April 18 last, and the news spread like wildfire, turning into a scandal. Perhaps you read it in this same newspaper: an Air France plane full of passengers, in a Paris-Mexico route, had to change course in mid-flight because the U.S. did not allow it to fly across its territory. The reason they gave was that one of the passengers was a person who constituted “a threat to its national security”.

The change of course happened when we were reaching Mexico. It lengthened the trip and took the passengers to an unexpected excursion to Martinique. This was because the fuel they had was not enough to take all those turns and the plane had to be refueled. Some children got sick and vomited, and many adults arrived finally in Mexico with leg cramps.

The person most surprised was Calvo Ospina himself when they told him he was the cause of the detour. He was the ‘unwelcome” person in the air above the U.S.

The worst thing is that this strange situation repeated itself, more or less the same, a few days ago.

He was traveling to Havana from Paris, where he resides, and three hours before boarding the phone rang. ‘Hernando Calvo Ospina? This is Air France calling. We can not let you board the plane because it will pass through U.S. airspace to enter Cuba’. These were more or less the words they used.

They changed the tickets and “sent” him via Madrid.

– What will you do when you get back to Paris?

– First, I have to ask Air France for an explanation. But I think I will sue them and-most importantly- the United States on the issue of my image.

– How do you feel, a man like you, who has fought terrorism for so long, and is now in one of those lists?

– Look, it’s a very difficult situation because one already knows what they could do: put me in prison, torture me. But, the thing is. You think: What did I do that was so bad? I’ve never shot a gun! I have spoken with the French authorities, and they also do not understand it. I can not understand it either. Are there other games going on under the table to put pressure on someone through me? Where or whom? It is the first time in the history of Air France that this happens, there is no precedent.

“French authorities also did not understand that the course of the plane was altered when president Obama was meeting with almost all Latin American presidents (Summit of the Americas), and told them: ‘We are going to change our ways, we will respect. “

– Why do you think you were included?

– What I have been able to find out from colleagues and friends, is that there seems to be four reasons: the articles I have published against the Colombian government, the articles I’ve done against the U.S. policy towards Latin America, my relationships and interviews with the leaders of Colombian guerrillas, and my relations with countries ‘hostile’ to the U.S.

I did not ask him what route he will use to return to France … In any case, Hernando Calvo Ospina has a clear conscience. His only arsenals are the dozens of articles where he has denounced many of the White House dirty policies, and a dozen books in which he speaks of a real terror: the one successive U.S. administrations wage against Latin America.