Pretexts and Lies Against Syria 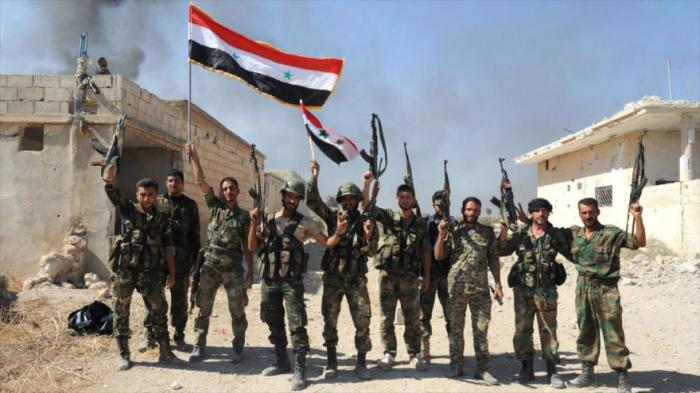 Pretexts and Lies Against Syria

March marks the ninth anniversary of the aggression unleashed against this Middle Eastern country, which has been torn apart by many foreign interests

Let us put things in place: Syria is an independent and sovereign country, with a democratically elected government, whose program has been directed towards development and social benefits for its people.

It is also part of its status as a sovereign nation that it has the right to sign military agreements with anyone it deems fit. In this case, it is entirely legitimate that it has requested military collaboration from Russia and Iran to defend the country against the terrorism of internal groups and against foreign actions aimed at destabilising the Arab nation.

It has had difficulties and, as in all countries with diverse religious currents, many have been and still are the setbacks in harmonizing its walk in the midst of a region besieged by a foreign power interested in its energy resources.

In this context, it is worth noting that the government of President Bashar al-Assad has made significant economic and social progress in favor of the most dispossessed sectors.

But Syria has become a stumbling block for US policy in the Middle East region and the imperial drive to seize its resources, just as it has done with Iraq and Libya.

A terrorist group called the Islamic State (IS), which many specialists consider to have emerged from the subversion laboratories conceived by the U.S. CIA. IS [ISIS] appeared in the region a little over a decade ago and soon expanded like a bad weed, with a matrix of the most ruthless terrorism.

Together with the EI, a group openly supported by the United States, the Al Nusra Front, a descendant of the shadowy Al Qaeda, established itself on Syrian soil, putting in check its defense system. Moreover, it has suffered and continues to suffer for years from the direct aggression of Israel which has occupied part of the Syrian Golan Heights.

This March marks the ninth anniversary of the war of aggression unleashed against the country. Alarming figures, such as the more than 250,000 dead and more than that number of wounded, as well as the forced displacement and migration of millions of its children fleeing the war and the total or partial destruction of cities, industries, world heritage temples and many other facilities, constitute open wounds that are very difficult to heal.

THE DANGER IS SPREADING

Since last year, the Syrian People’s Army, with the active participation of the Russian aerospace force and Iranian advisers, had defeated terrorist groups in almost 90% of the territory, while the government was demanding the withdrawal of the American military that illegally occupied a part of the country under the assumption of fighting terrorism.

The bombing of areas where the Syrian army was operating, the death of many of its combatants and, in addition, the massacre of hundreds of civilians, including children, with the usual “collateral damage” caused by its bombs, have been part of this reality.

Already almost defeated by the action of the terrorists, those of the Al Nusra Front, supported by Washington, were concentrated in areas near the Turkish border, in the region of Idlib, where there is also the presence of Kurdish groups.

In recent days, on February 12, U.S. military forces opened fire on local residents who gathered near a Syrian Army checkpoint east of the town of Qamishli (Hasaka, Syria) to block the passage of several U.S. military vehicles.

As for the presence of uniformed Turkish soldiers on Syrian soil, the Government of Damascus has characterized it as “a violation of the sovereignty of its territory”.

In recent days, more than a thousand military transports and 5000 Turkish soldiers have crossed the border. Syrian sources accuse the Turkish artillery of having supported the armed terrorist groups’ fighting in Idlib.

As we can see, the current war imposed on Syria may reach a new dimension where, in addition to the internal actors, other external ones are involved, including Turkey in the Idlib border area.

It is quite possible that Trump, in this case, is playing at involving others in a war he has lost, so that he can enjoy his longed-for oil without having to subject his forces to the danger of confrontation.

Not for nothing did the U.S. president, in an interview with Fox News, emphasize once again his administration’s policy of “taking” Syria’s oil.

Washington’s Attack on Syria Was a Mockery of the World

An American friend of mine believes that when Donald Trump’s presidency ends – no matter how it ends – the best account will have to be in a comic strip book that would be the most hilarious in American history.

However, the disastrous effects in terms of deaths and misfortunes that the madness of this clown is leaving on people, peoples and nations throughout the world are not compatible with a festive approach to the suffering caused by this grotesque character and his gang of hawks.

In recent days, the US armed forces have made a huge fool of themselves in the name of satisfying the will of their mad president. In the process, they have made their counterparts in France and the United Kingdom look like foolish satellites.

On the night of 13 April, this disparate coalition of powers launched an attack on Syria. “I ordered the U.S. Armed Forces to launch precision attacks on targets associated with the chemical weapons capabilities of Syrian dictator Bashar al-Assad,” Trump. He wasn’t able to justify the aggression with the testimony of the U.N. experts charged with overseeing the prohibition of the use of chemical weapons. A few hours after the attack, they were to rule on the nature of the alleged attack by the Syrian government against its opponents.

The arrival of these specialists was scheduled for April 14, but the U.S. government decided to act earlier, showing its fear of the verdict of these specialists. Nearly a hundred Republican and Democratic congressmen had sent a message to Trump insisting that he seek congressional approval before attacking. “Engaging our military in Syria when there is no direct threat to the United States and without prior official authorization would violate the separation of powers clearly outlined in the Constitution,” they said.

However, Donald Trump, with his ears deaf to so many calls for sanity, self-rule and international law, launched his air strikes on military positions in Damascus, including a scientific research center in Barzeh and Al-Domair Airport on the outskirts of Damascus. There were also rocket attacks on Damascus International Airport and Mezzeh Military Airport, among other targets.

Maria Zakharova, spokeswoman for the Russian Foreign Ministry, regretted that the attack on Syria by the USA, the UK and France had taken place just when the Arab country had a magnificent opportunity to have a peaceful future.

“First they tried going against the Syrian people using  the Arab Spring, then with the Islamic State, and now by launching their smart missiles at the capital of a sovereign country, which for many years has been trying to survive in the midst of terrorist aggression,” Zajárova said.

Both French President Emmanuel Macron and British Prime Minister Theresa May made statements in support of Trump’s barbarism.

What is unique about these statements is that they all start from a hypothetical attribution to the United States and the two ancient former European colonial metropolises to intervene in the internal affairs of Syria, a nation that is a sovereign member of the United Nations.

The Russian Foreign Minister, Sergey Lavrov, declared that the alleged chemical attack in the Syrian town of Duma, which served as a pretext for the start of the military operation against Damascus, was a setup. He declared that he had irrefutable data that confirms it. As the first details about the effects of the unlawful aggression became known, thousands of people in the Syrian capital took to the streets to jubilantly to show their support for President Bashar al-Assad, who had quietly arrived shortly before in his offices in central Damascus.

Syrian television broadcast live the demonstrations of the population. With Syrian flags and clapping their hands, they spontaneously showed their national pride in the actions of the Syrian military. On their own, they had the latest generation of modern military equipment provided by the solidarity of Russian forces, and had been able to successfully carry out the defense of their country against the direct imperialist aggression of the United States. Washington, which possesses the largest arsenal of atomic, chemical and other prohibited weapons in the world, and therefore has no moral right to blame other countries.

It was a unilateral action, on the fringes of the United Nations Security Council, and a flagrant violation of the principles of international law and of the Charter of the world organisation. It was a rude outrage against a sovereign state that, although it left only three people injured, cannot be summed up in a simple cartoon of a comic book about the picturesque performance of an eccentric president.