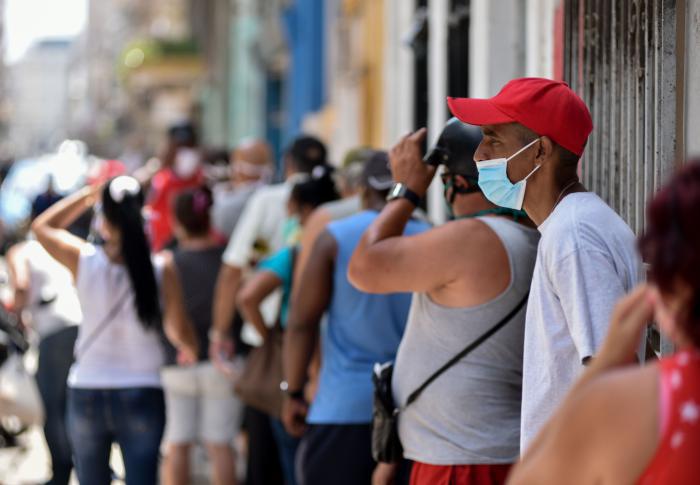 July, the most critical month for COVID-19 in Cuba

In the 31 days of the last month, the nation counted 200,398 positive cases of COVID-19, which represents 149,776 cases more than in June, which had been the worst period until then.

Risk perception in the population is fundamental to contain the dangerous wave of COVID-19 that the country is facing. Photo: Ariel Cecilio Lemus

The spread of more contagious and virulent genetic variants of SARS-COV-2, together with other factors related to the non-compliance with sanitary protocols and the loss of risk perception, caused in the month of July an epidemiological scenario unprecedented in the entire stage of the COVID-19 pandemic in Cuba.

In the 31 days of the finalized month, the nation counted 200,398 positive cases of COVID-19, which represents 149,776 cases more than in June, which had been the worst period until then.

On average, 6,464 positive patients were registered per day, with a peak of 9,747 confirmed cases on July 31 and figures exceeding 8,000 cases for several days, which strained the health system in some parts of the country, with the consequent shortage of medical supplies.

In July, 1,553 people died of the disease (1,216 more than in the previous month), also the highest number reported, including the unfortunate deaths of pregnant women, postpartum women and a 12-year-old girl.

At the end of July 31, the island had a high incidence rate of 1,056.3 cases per 100,000 inhabitants. The province with the highest incidence rate was Matanzas (2,861.4), a territory that went through the worst health crisis of the period, with over 3,000 cases, but which, with the efforts that have been made, has already begun to control the situation.

It is followed by Ciego de Avila (2 500.1), Cienfuegos (2 423.4) and Guantanamo (1 625.7). The rest of the provinces, although they have an index below 1,000, report high numbers of transmission, with the exception of the special municipality Isla de la Juventud, which maintains control of the disease.