Women have to fight for life

Women have to fight for life and the Revolution alongside their male comrades.

This was the prevailing spirit of the debates at the Congress, whose sessions ended on Sunday, March 8.

Vilma’s voice is being projected across the room and large screens show images of her during distinct moments of her life. In her loving tone, she speaks of the privilege of being a woman in Cuba. Like Fidel she has been a faithful promoter of our conquests.

Minutes later, young women in uniform bring Vilma’s guerilla outfit and her pistol closer to the stage, symbols that prevail during the sessions of the 8th Congress of the Federation of Cuban Women (FMC).

These were the first moments of the most important meeting of Cuban women, which ended on Sunday in Havana’s Convention Palace. The inaugural session on Saturday afternoon include the presence of the First Vice President of the Council of State and Ministers, José Ramón Machado Ventura, the Moncada Heroine, Melba Hernández, the founder of the Federation and Vilma’s comrade from the clandestine struggle and the Sierra Maestra, Asela de los Santos Tamayo, and the mothers, wives, and sons of our five compatriots unjustly imprisoned in U.S. jails for fighting terrorism.

In the meeting, where almost half of the delegates were born after 1959, the secretary general of the FMC, Yolanda Ferrer Gómez, displayed confidence in the women who will provide continuity to the life of the organization.

“Cuban women will never return to the oppressive past”, the member of the Party’s Central Committee affirmed. She repeated something that Vilma said and which Fidel has always praised: women have to put up a fight for life and the Revolution alongside their male comrades.

Especially moving was the proposal to place an image of combatant Vilma in front of the logo on the Federation’s flag. The delegates raised their hands in a sign of approval and afterwards a young woman declared that the face of this exceptional woman will be an incentive for women to become members of and take an active part in the organization’s endeavors.

Reading a summery of the Central Report to the Congress, Yolanda Ferrer emphasized that Cuban women are a «true army», in which the precepts conceived of by Vilma for the full liberation of women have taken root.

The Secretary General of the Federation acknowledged that the organization has become stronger and its membership base has grown. It has identified the most important challenges for women, developed and promoted educational and preventative programs, taken part in the tasks of the Energy Revolution, defended the incorporation of women into the work force, and decided on the modification of cardinal laws for the country, among other achievements.

“This, our first Congress of the 21st century, serves to consolidate what has been achieved” Yolanda Ferrer stated. She said that even though the FMC has advanced, it continues face challenges. The organization must improve the politics of cadres; achieve the smooth functioning and liveliness of each section of the Federation; work in a multifaceted manner in order to attend to individualities; make it so that the organization is felt in every community; energetically confront all the symptoms of corruption; and revolutionize content and ways of organizing.

During the first day, the delegates also approved the suggestion of the National Secretary to not fill the position of the President of the FMC in the future and for it remain symbolically in the hands of compañera Vilma Espín as a tribute to her.

From woman to woman.

In the morning, there were reflections by commissions dealing with cadre politics and the operation of the organization, ideological work, the formation of values, the defense of the country, international solidarity work, the participation of the women in the economy, community and preventative work, and the fight for equality and the promotion of women.

This last subject provoked multiple people to express their ideas, among which was the need to go beyond analysis that refers only to men and to women when it should be about equality.

According to the delegate’s criterion, it’s necessary to add other variables that display the principal areas where inequality is generated in Cuba today. How do the families depend on women’s economic contribution in the home? How does subjectivity function depending on the social group to which a person pertains?

Only if we see the Cuban reality as something heterogeneous and contradictory, a female member alerted, will our ways of doing politics be more effective.

Another concern expressed in the commission was in reference to the importance of respecting the diversity of preferences among human beings. This principal applied to the area of sexuality, which, according to more than one voice in the Congress, is the antidote to prejudices and discriminatory attitudes.

One woman requested that we not forget that behind each person that has sexual preferences, to which we either are or are not accustomed, there is someone who has feelings and can struggle together with us.

The director of the Cuban National Center of Sexual Education (CENESEX), Mariela Castro Espín, said in a reflection about the challenges of achieving equality that in some ways we are returning to the 1970s, when at the height of the Second Congress of the Federation, women asked for sexual orientation for their children so that they did not repeat the same errors that they had.

“We return to those problems, although with a dialectical focus – Mariela said –; gender violence is not longer as explicit; the bad keeps reducing but it does not disappear, which is why we must keep working intelligently”.

The director of CENESEX posed a question for all to ponder: How does a woman that has governmental, administrative, and political responsibilities live? With how many contradictions? “This is a problem whose solution can be found in the joint work of men and women”.

To envisage, the curative attitude of José Martí, was in the spirit of the delegates that participated in the commission, where they spoke about efforts in the community and in educational settings where it is possible to deeply confront attitudes that lessen the moral health of the nation.

Lázara Mercedes López Acea, member of the Secretariat of the Party’s Central Committee emphasized that good intentions are not enough for deploying effective preventative work: its necessary to prepare oneself. If direct attention for children and youth is important to the Federation, it’s cardinal to provide guidance to the organization’s social workers who work closely with families.

The organization’s impact in homes, in the School Councils, in its projects like the Courses of Integral Advancement for Youth, and in all of the key spaces for the education of new generations was highlighted by Lázara Mercedes. When one speaks about prevention, she said, one must always do it with infinite reserve, which the FMC has in its work with the human being.

What woman can do

In 2000, Aida Leonor Oro Lau, director of the company Inejiro Asanuma Holguin Spinning Mill, suffered an accident that caused her to lose her right hand, but did not weaken her desire to work. Now «left-handed by force», she admits, the initiatives arising from her are countless and go beyond giving orders or singing papers.

This Saturday, among delegates of the 8th Congress of the FMC analyzing the participation of women in the Cuban economy, Aida Leonor brought up the epidemic sadness that the hurricanes left in Hoguin, also known as the city of parks.

“Of my workers, 171 suffered damage to their homes and 41 were left without a place to live. The factory had to take on, amidst the chaos, the production of food for these workers and also form a strategy so that absenteeism would not affect production plans.”

With this Cuban woman in charge, operating one thread winding machine, 57,000 hours of voluntary work were done and the plans were completed.

Aida took over this company in 1992. At that time, the center suffered from shortages and the exodus of many workers. Coming from the standpoint that willpower is more powerful than the available consumables, she had the intention of diversifying products to temporarily ride it out.

With a 40 year-old sowing machine that belonged to the center and three female workers, they began to make pillows. Later the workshop grew with the obtainment of 8 of these machines and with the reclamation of the movement Sewing at Home, which the Federation promoted.

Thanks to this initiative, the factory sold 224,000 dollars worth of products at TRD stores last year, and in 2009 its sales will reach $314,000, almost 36% of which the company will pay to the state. The company envisages producing thread for textile products made in the country, including the production of antiseptic tape.

Aida spoke in the commission about replacing imports with national products and that national industry must recover its reliability. In the same discussion, Odalys Álvarez from Pinar del Rio requested that the FMC more rigorously to demand that companies pay based on results because not doing so weakens women’s incorporation in the workplace.

Audit and Control Minister Gladys Bejerano called for the creation a culture of control and prevention. She was an invited guest at the 8th Congress and spoke about the presence of women in the economic life of the country, where they have not only spread intelligent ideas but have also known how to confront corruption and other illegalities using their talent of persuasion and love.

A Revolution is Not a Spectacle 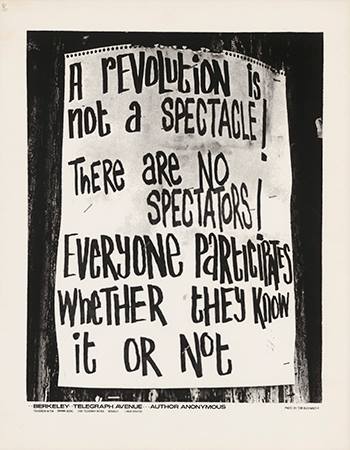