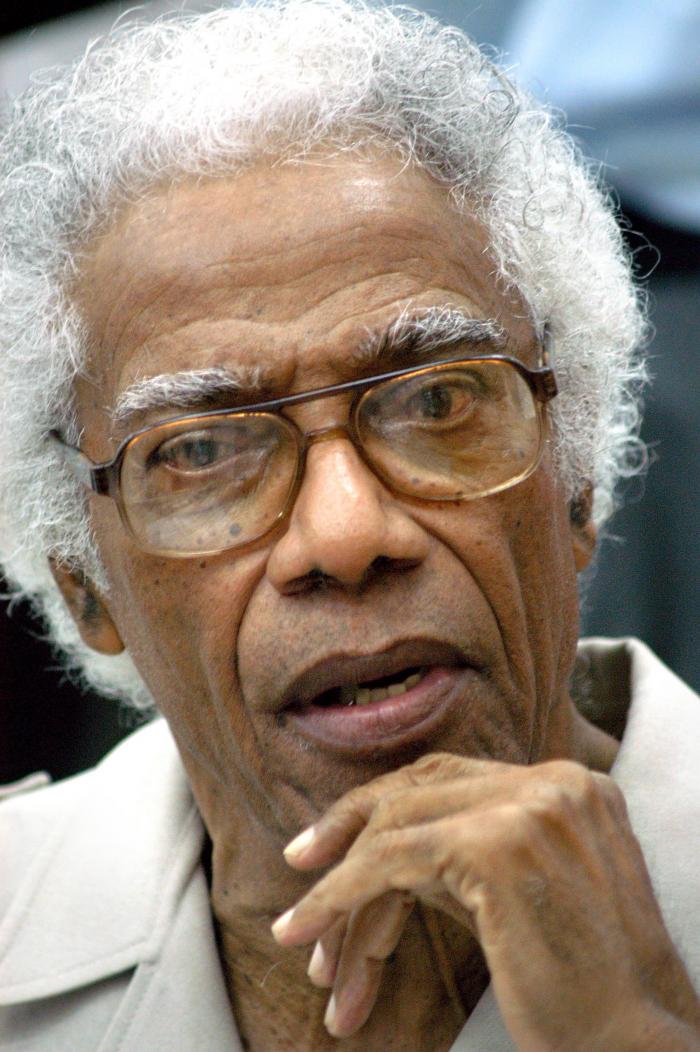 George Lamming (1927-2022), the great writer, dean of the narrators and thinkers of the English-speaking Caribbean, has just died on the island of Barbados, his native land. It would seem that the torrential waters of the beginning of June wanted to put an end to his long and immense life experience and, also, to his exceptional literary production, which began with indisputable resonance in 1953, when his classic novel En el castillo de mi piel [In the Castle of My Skin] appeared, translated by María Teresa Ortega and prologued by Emilio Jorge Rodríguez, and splendidly integrated the editorial catalog of Casa de las Américas (1979), in its prestigious collection dedicated to Latin American literature, which included titles by authors such as the Brazilian Guimaraes Rosa, the Jamaican Roger Mais and the Paraguayan Augusto Roa Bastos.

In the years he served as an advisor to the Casa’s Center for Caribbean Studies, I learned from his erudition and his conscience, which went hand in hand. His sense of regional integration went beyond vested, economic or even personal interests. He was a good conversationalist, a spontaneous communicator. I once heard him say: “In the Caribbean, there is always a ship arriving or leaving. And also: “The best economists of our archipelagos are the housewives… that is to say, the humble women; I admire them, I love them because they put their ancestral magic into practice”.

Lamming belonged to a type of intellectual with a high sense of the function of literature and the arts as vehicles of communication and recognition of the plural identity that defines the multicultural character of the region. It was not by chance that he was part of the New World group that defended the right to avant-garde art, although never detached from a morality at the service of a more advanced, more independent and better world. With enormous rigor and a proverbial literary excellence, his stories, his novels, transpire the yearning for freedom and regional integration in a frank struggle against colonial oppression that, in his pages, also acquires a continental vocation that we still need to understand today.

He wrote books that we will never be able to do without again, and although fiction is the key to his literary experience, the truth is that he reflected and compiled a sum of allegories, reasonings and debates on exile that are today a school, a method and, thus, a call to the indomitable being of Caribbean people throughout all the archipelagos. London and Georgetown were put in their rightful place. That is the grace and intellectual restlessness that reigns in The Pleasures of Exile (1960), whose lesson Roberto Fernandez Retamar revered in his also classic essay Caliban (1979).

George Lamming is and will continue to be -like Wilson Harris, Vic Reid, Derek Walcott, among others, including the extraordinary musician popularly known as Mighty Sparrow- a sacred patriarch of our culture, especially when the popular is installed, by its own right, in the impassable place where the most legitimate flags of independence fly forever.