20 years after Bowling for Columbine… 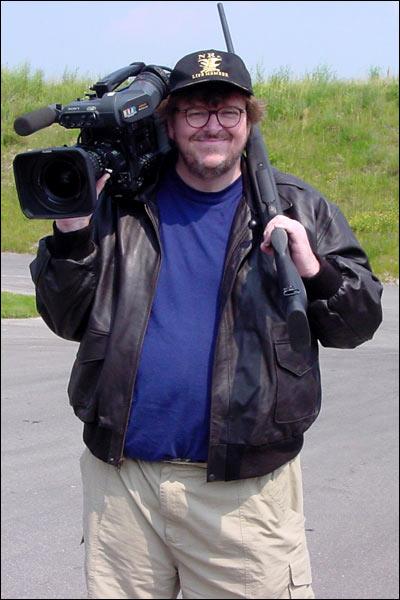 20 years after Bowling for Columbine, no one is listening

The thesis that the link between the American people and firearms engenders irrational violence continues to be valid.

American cinema, which for more than a hundred years glorified the law of the gun, has been forced to dress up to deal with the massacres that have occurred in the schools of that country. But analysis and warnings seem to have fallen on deaf ears, and not precisely because of artistic ineffectiveness.

Michael Moore sank the scalpel in his memorable documentary Bowling for Columbine (2002), acclaimed all over the world, and which would become a cultural reference for the nation based on shattering evidence: the link between the American people and firearms irremediably engendered acts of irrational violence.

The statistics offered by the filmmaker were shocking: 11,000 fatalities by firearms in one year. Today, when Bowling for Columbine is celebrating its 20th anniversary, one cannot help but be disturbed by the fact that, from the beginning of 2022 until the recent massacre in a school in Texas, five months ago, 17,202 people have died in the United States for the same reasons.

According to the Gun Violence Archive, since January of this year, there have been 213 “mass” shootings and ten “mass murders”.

Michael Moore did not hesitate to warn and predict the future in a documentary film about the 1999 massacre perpetrated by two students at Columbine High School in Littleton, Colorado, a region where 5,000 employees of the Lockheed arms company lived. “And if fathers make missiles,” the filmmaker brought out his proverbial irony, “it is not strange that sons wield shotguns”. And, unstoppable in his mordacity, he made public that a local bank was awarding an assault rifle to anyone who opened a new account.

Relating the culture of violence to the prevailing culture of fear in his country, Michael Moore embarked on a journey of inquiry that led him to interview actor Charlton Heston, [then] president of the National Rifle Association and symbol par excellence of the praises sung by Hollywood to the use of guns. It was an interview that revealed hypocrisy, especially when Heston was filmed speaking at a gun rally near a town where a six-year-old girl had recently been murdered by a schoolmate.

Numerous films have been made on the subject of killings in schools and other places, highlighting the ease with which murderers have access to high-powered firearms. Among them stand out Elephant (2003), by Gus Van Sant, awarded at Cannes and also inspired -in documentary and fiction key- by the events of Columbine; Let’s talk about Kevin (Lynne Ramsay, 2011) and Rudderless, (William H. Macy, 2014).

There is a long list of films that deal with topics related to the criminal event, such as harassment, racial and religious discrimination, social inequalities, xenophobia, social networks, video games, movies that ponder violence and the possible mental illnesses of the perpetrators, triggered or influenced, not infrequently, by all of the above. (Remember the massacre of 12 people in a Denver movie theater in 2012, during the premiere of a Batman film. When the police arrested the killer, a young man of 24, he identified himself: “I am The Joker”).

Judging by the legitimate expressions of pain, but also of helplessness, heard recently from U.S. leaders regarding the inability to reverse the current situation of many guns in the hands of those who claim the right to own them (as if the guns were toys), it is to be assumed, with horror, that new films about killings will have to continue to be made, or, in other words, art will once again be disqualified in the face of deafness.