Show me your hair 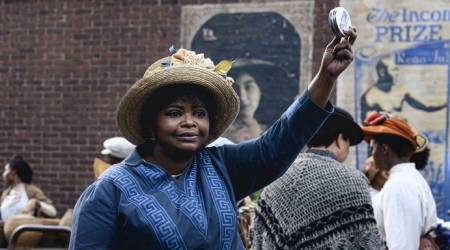 Show me your hair, and I’ll tell you who you are?

The story aims to bring us closer to the life of Sarah Breedlove (who later became C.J. Walker when she remarried publicist Charles Walker and took his name for the business), the first African-American woman to achieve the status of a millionaire in the United States.

I couldn’t help but think of my mother as soon as I started watching Madam C. J. Walker: Self Made: Inspired by the Life of Madam C.J. Walker, the miniseries released by Netflix in 2020 and now broadcast by Cubavisión on Saturdays at around 9:15 p.m. And not only because the extraordinary actress Octavia Spencer brings my Juana to mind, but because the story she stars in and for which she was nominated for Emmy awards, brought me back to those years of my childhood in which so many times I found the mistress of my days girdled with a hot comb to smooth her hair soaked in fat smelly grease.

It frightened me that I had to try, by fire, to make them find her beautiful, sliding that red-hot iron through the bundle of strong and unruly hair that she inherited from our ancestors, to leave them shiny and straight. I preferred to leave so as not to witness a possible accident, an alternative that did not disappear when it was the turn of the curling iron and the curl began to bend in a more permanent way with a chemical treatment that does not even spare the scalp.

Undoubtedly, the theory of the existence of human races (over time up to 63 were classified, although Cuba must have surpassed that figure with so many mulattoes, mulatos blanconazos, jabaos, capirros, Indians…) was a great “invention” for those who sought to establish their social and cultural supremacy. The truth is that, although scientifically it has been destroyed, the direct derivative of this concept: racism, has not disappeared at all.

Madam C. J. Walker: A Self-Made Woman, a story that aims to bring us closer to the life of Sarah Breedlove (who later became C.J. Walker when she remarried publicist Charles Walker and took his name for her business), the first African-American woman to achieve the status of millionaire in the United States, could speak more forcefully about all of this, but does not.

However, viewers should not think that they will get to know much about this revered figure by African Americans with the four 45-minute chapters that Netflix offers us, because suddenly we will find her as a notable businesswoman and philanthropist when in a scene filmed in broad daylight, we discover her dressed in beautiful blue, as if she were dressed for an Oscar award ceremony, protecting herself from the sun, strolling outside her mansion where she will be noticed by her neighbor Rockefeller. 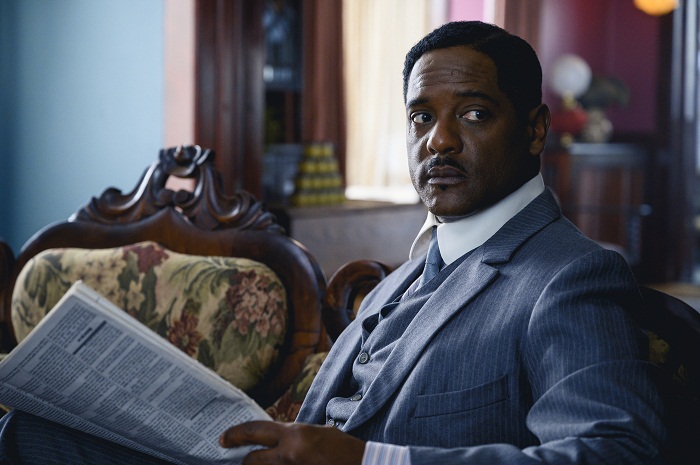 “To whom God gave it…”, those who think I’m envious are probably thinking right now. It’s just that no divine force must have given her anything, but she certainly had to fight very hard to be able to create an empire in the cosmetics industry with hair products. How did a black woman, who came into the world in 1867, on a cotton plantation in Louisiana, orphaned at the age of seven, more than poor, without any education, a domestic servant who lost her knuckles washing, manage to impose herself in a United States living in full racial segregation, in that lamentable period (1877-1950) when more than 4,400 African-Americans were victims of terrible lynchings? How was she able to achieve this, subjected to men, as women were in the early years of the 20th century, and despised for her sex and her skin?

We will not know it from the series Madam C. J. Walker... It will remain as a pending task to approach in depth the existence of this totally unknown woman (at least for me). In this production, such historical context is just a postcard in the background. Of course, we will be moved by the image of some being hanging in a tree, but the story of the protagonist played by Spencer will move along other paths.

It begins when the beautiful Addie Munroe (Carmen Ejogo), a mulatto whose white genes gave her a long and abundant mane, is shown before Sarah with the “crecepelo”, a product that will not only solve her hair loss problems, but will also give her back, above all, her self-esteem. Seeing that it works, the future tycoon, excited, will propose to her savior to let her participate in the sale, but the first one, who in a “rapture of kindness” provided it, was not willing to give that miracle to darker people with bad hair. Just what writer Alice Walker (The Color Purple) calls “colorism” to describe that other expression of “internal” racism.

You don’t have to be too imaginative to know how the script will develop in the future: Sarah and Addie, who will give her one setback after another, will become bitter enemies, although those who are familiar with Madam C. J. Walker’s biography assure that this is one of the many licenses taken by the authors of the scripts, in order to provide the ingredients that would make the melodrama move forward in the right direction.

In fact, if one is to go by the events presented to us from the novel On Her Own Ground, by A’Lelia Bundles, on which this biopic is based, Madam C. J. Walker, rather than the enormous injustices that African-Americans had to face in the early 20th century, was made more difficult by Addie (who, let’s face it, ended up stealing her invention, which she miraculously copied and obtained) and the men around her – such as Charles Walker (Blair Underwood), the husband jealous of his wife’s success; and John (J. Alphonse Nicholson), the ungrateful husband of her daughter, Leila Walker (Tiffany Haddish). She becomes betrayed, even by some of the very women to whom she gave support and work…. Nothing, the series seems to reinforce the popular saying that there is no worse wedge than the wedge of one’s own stick.

In any case, the undeniable fact is that with her efforts Madam C. J. Walker overcame poverty, humiliation, discrimination, classist and sexist prejudices… to rise as a true exponent of the American dream and to honor the title of this dramatization that was released in March, just two months before George Floyd ended up dead under the knee of ex-cop Derek Chauvin.

For me, Madam C. J. Walker: A Self-Made Woman stands out, above all, for the superb performance of Octavia Spencer (who also serves as executive producer), ever so believable, ever so convincing. Yes, Spencer is an actress of the highest caliber. She reminded us again this Sunday thanks to the film Hidden Figures, which was put on by Arte 7. We saw her, as splendid as her two other co-stars (Taraji P. Henson and Janelle Monáe), also with her hair ironed, chemically straightened or in wigs, because that’s what is generally expected of black actresses and models on TV or in the movies. As beautiful as diversity is! But it is difficult to overthrow what has been coined for so many years in the sociocultural field.