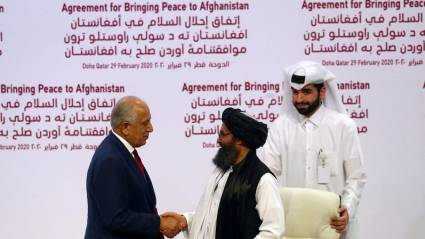 Presidential candidate Donald Trump had to rub his hands together when he learned in detail the real situation of the U.S. war in Afghanistan. That would be a strong campaign theme for him to win the White House.

Trump’s election promise in 2016 would be as close to the national will as possible: to end America’s endless wars abroad.

Barack Obama could not win it, even with the deployment of more than 100,000 soldiers in the Central Asian country between 2010 and 2012, at a cost of 100 billion dollars a year. Better to think of another way out.

The Pentagon had a guarded diagnosis, which the current head of the Defense Department, Mark Esper, recently simplified into a lapidary phrase: the war in Afghanistan is “still” in “a state of strategic impasse. In other words, lost, with no chance of military victory.

The $760 billion spent on the war in Afghanistan from October 2001 to March 2019, plus an additional $240 billion in additional spending, according to official figures, should be honored, but without losing face or completely sacrificing the business it represented for its war industry allies.

The publicity challenge for re-election in 2020 would be to make good on the promise of troop withdrawal from Afghanistan, but keeping up appearances, without winners or losers.

Trump changed the position maintained until then by Washington of refusing to speak directly with the Taliban.

With his high sense of political opportunism and dominance of the publicity show, the only winner of the bloody confrontation would be Trump, the architect of peace.

In October 2018, Trump gave the green light to secret negotiations with Taliban representatives in Doha, the capital of Qatar. In early September 2019, he even prepared – in complete secrecy – a spectacular “end of the war in Afghanistan” ceremony at the presidential residence at Camp David, where historic international agreements were signed.

However, the death of a US soldier in an attack in Kabul on 5 September led to an abrupt breakdown in the negotiations.

The talks “are dead,” he said in a theatrical tone, but without abandoning his secret intentions to resume dialogue.

However, The Washington Post warned last December that Trump was eager to announce the first redeployment of 5,000 troops, which some sources said was already in place, and was pressing for “a complete withdrawal before the 2020 election.

Washington would manage a “reduction of violence” and seal the end of hostilities between the United States and the Taliban. This would be followed by the negotiation of an “inter-Afghan” agreement.

It took 18 months of talks in Doha to end 18 years of war against the Taliban, the longest in U.S. history. On Saturday, February 29, the two sides signed a peace agreement that will pave the way for the withdrawal of U.S. forces from Afghanistan, in exchange for a series of solid guarantees from the Taliban to the United States and its allies.

In his new, revised version of “withdrawal,” released during his trip to India earlier this week, Trump said the United States is trying to reduce its troop levels in Afghanistan to 8,600 and “we will make a decision on what the final outcome will be.”

“We’re not really serving as a military force, but as a police force,” he said, “and we’re not a police force, they (Afghans) have to police their own country.

The president made it clear that even after a possible withdrawal of troops, the U.S. will maintain its presence in Afghanistan. “We will always have intelligence, they will have other things there,” Trump said.

What the president is hiding is that the background to the negotiations has been the pure and simple defeat of the world’s greatest war power. After 18 years of resistance, the Taliban is today stronger than before, with a stranglehold on more than half of the country’s territory.

Afghan President Ashraf Ghani himself said this year that more than 45,000 members of the security forces have been liquidated since he came to power in 2014. 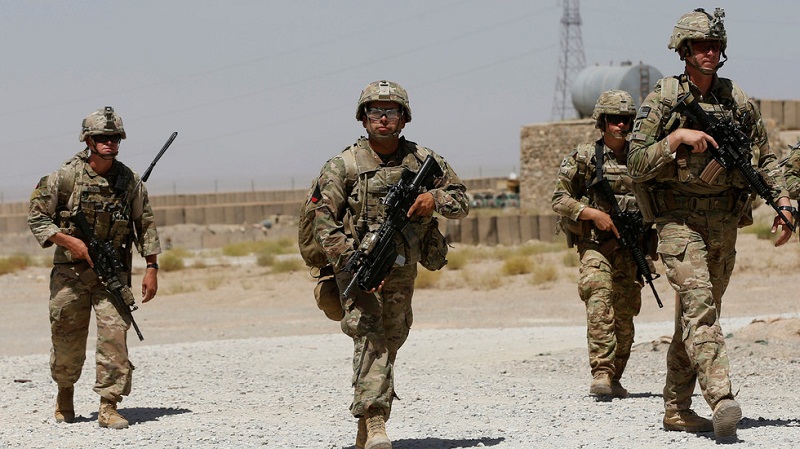 Afghanistan’s security force has a shortfall of 79,000 men, and official sources reveal that they are losing troops faster than they can replace them. In addition, the country’s income is insufficient to pay the bill for its own security forces. And that’s a doorway back to the United States.

TheTaliban’s chief negotiator, Sher Mohammad Abbas Stanikzai, who expressed his satisfaction with the peace agreement signed between the United States and the group in Doha, which he called a historic moment for the country.

The agreement was officially signed by Mullah Abdul Ghani Baradar, the deputy leader of the Taliban, and Zalmay Khalilzad, the U.S. special representative for reconciliation in Afghanistan, in the presence of representatives from more than 30 countries, including U.S. Secretary of State Mike Pompeo.

Donald Trump is trying to transform a military disaster into a political-diplomatic peace victory, which as of February 15, 2020, left 2,448 U.S. soldiers dead and about 20,500 injured in action.

The damage suffered by the Afghan nation and people due to imperial intervention and the desire to establish a regime submissive to its interests characterizes one of the greatest humanitarian catastrophes in history, with more than half a million civilians killed and tens of thousands injured and wounded.

With next November’s elections in mind, Donald Trump is trying to capitalize on the gruesome U.S. withdrawal from Afghanistan as his own victory and trump card in his quest to screw himself into the presidential seat for four more years.