Archivist’s notes:
This is a 14 inch x 11 inch book of black and white photographs, printed in relatively high resolution half tone fashion on one side only (other side is blank) on somewhat glossy, relatively robust, relatively archival paper. To be sure, the paper at this time (August 2016) is getting just slightly brittle toward the edges, and is very slightly yellowing around the edges as well.

There is no initial page informing when this was printed, or who printed it. There is also no table of contents, and indeed the pages do not bear any numbering. Our clues about it consist of the fact that none of the photos date from later than 1918, and it is in both Russian and in English. And the fact that V. Volodarsky is noted as having been assassinated in Petrograd in July of 1918

From this our consultants at the Riazanov Library digital archive project (John Holmes and Tim Davenport) speculate that it was printed in late 1918 or 1919 by either the Communist Party of America (CPA) or the Communist Labor Party (CLP) Russian Federation. After 1919 these would have been driven underground and would not have had the resources to print something like this. 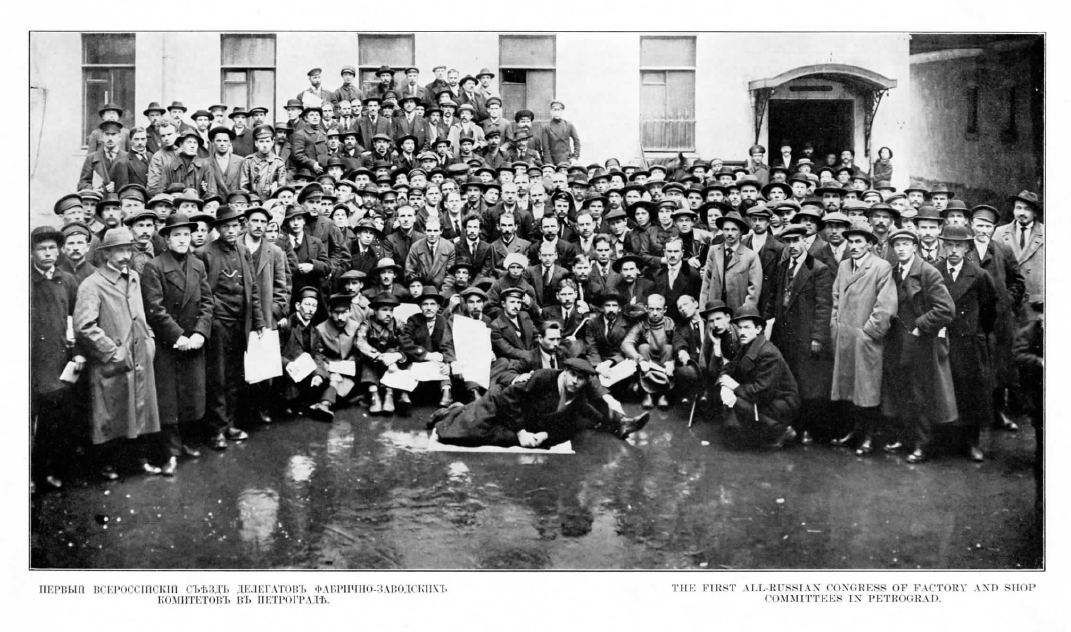