In keeping with these times, more than 130,000 women have joined the urban agriculture movement and the medical brigades that have gone out to fight the pandemic in other nations, 61% of whom are women. 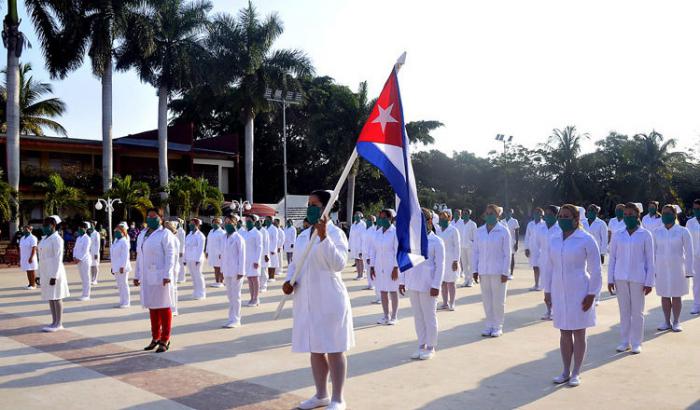 From economic and productive work, continuation of the work to support the fight against the pandemic and stops to pay homage and recognition, the Federation of Cuban Women (FMC) is promoting a group of activities to commemorate the 60th anniversary of the organization, which will take place on August 23.

With strict adherence to the health measures required by the complex epidemiological situation caused by COVID-19, it was reported this Tuesday, through a press conference, that the program on the occasion of the event will have the communities as its setting.

Teresa Amarelle Boué, Secretary General of the organization and member of the Political Bureau, reminded [everyone] that the main challenge that the new coronavirus represents today does not diminish the protagonist [leading role, wl] of Cuban women in the other challenges they lead. These include “maintaining what has been conquered in terms of gender equality, that there are no setbacks in the midst of the new forms of economic management that the country is promoting, the situation of the aging population and how to perfect the protocols of action to confront gender violence in our country.”

Excited, after the news of being the vanguard of the country, the FMC of Santiago de Cuba dedicated to the  FMC’s founder, Vilma Espín, the condition received.

“We could not go to Segundo Frente, to pay her any other tribute than this one, obtained in the midst of the current complexity”, declared Elena Castillo Rodríguez, provincial secretary.

In addition to the leading role played on the health front, she highlighted the massive incorporation of food production in agriculture and on industrial estates, the demand for discipline in public spaces, the active promotion of electricity saving, and the implementation of more than a hundred training programs for women who are not working.