Home No Impunity for Spreading the Epidemic

No Impunity for Spreading the Epidemic 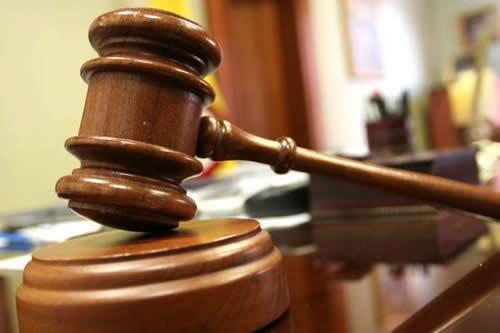 Camagüey – Jacqueline Ballester Aranda, the chief prosecutor of the Camagüey Provincial Public Prosecutor’s Office’s Criminal Prosecution Department, told Radio Cadena Agramonte that the biggest complaints in that territory were about the crime of spreading an epidemic.

Eight people are involved in this case because of refusals by travelers from abroad to comply with the social isolation required to preserve the health of their families and the community.

Also, four cases are being prosecuted for speculation and hoarding, based on the occupation of large quantities of deficient products, both food and hygiene, which are basic necessities for the population or essential to combat COVID-19.

A citizen was tried for the purchase of 18 liters of chlorine, with the aim of selling it at a higher price, and was sentenced to six months’ imprisonment, while another was charged with a similar amount.

On the other hand, 652 pounds of malanga and 175 pounds of rice have been recovered; in both cases, they were intended for illegal economic activity, and, for example, the defendant was marketing cereal at eight pesos a pound.

There was a robbery with force in a placita (point of sale of agricultural products) in the city of Camagüey, whose authors stole 38 sacks of potatoes and the weights of the unit. Those involved are already in custody and under investigation.

The Chief Prosecutor of the Department of Criminal Procedure of the Provincial Prosecutor’s Office added that demonstrations of contempt for the authorities, including the health and public order authorities, have been made against the request to place the nasobuco on the public highway and the indication of isolation in the centers authorized for such purposes.